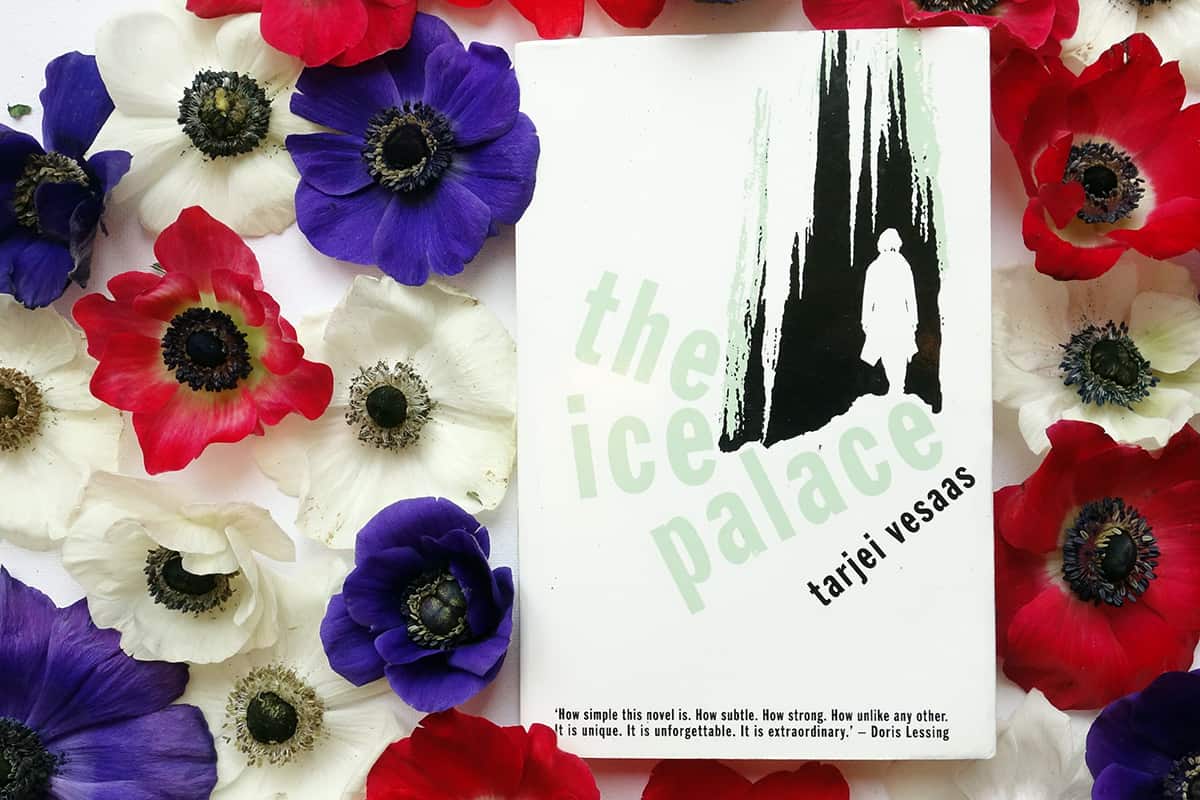 I am trying to read a book from every country in the world. The last book I read was Italy: My Brilliant Friend, by Elena Ferrante.

THE BOOK: The Ice Palace, by Tarjei Vesaas

IN SHORT: This is an utterly strange story about the relationship between two young Norwegian girls, and the titular ice palace.

THE BEST BIT: This is a crazy book. I loved it the first time I read it, and liked it the second — maybe because the absolute otherworldliness of the titular ice palace — a frozen-over waterfall, and all the mysterious caverns behind it — were no longer a surprise, and what you’re left with is a difficult little story, about two young girls: 11-year-old Unn, newly arrived in a small Norwegian community, and Siss, a popular girl at their school. They are in that weird, gray place between childhood and adolescence, and whatever bubbles up between them, scares and enraptures them both. Even an early meeting is couched in the language of a very preliminary seduction: “[Unn was] an attractive girl. … It seemed to Siss they were both playing some language of enticement.” When I first read it, I wondered if this was language would have read the same way in the original Norwegian — but in fact it continues; it is not an aberration: “Siss began to feel Unn’s eyes on her in class. … Siss felt it as a peculiar tingling in her body. She liked it so much she scarcely bothered to hide it.” Later, they undress together, and Siss flees, unable to make sense of her feelings.

She sensed the paralyzing frost. Her coat had been left somewhere else, that was the reason. Now the cold could bore into her body as it liked.

The rest of the book sets forth the effort to find Unn, and then — this is no spoiler; it’s literally on the back of the book — for Siss to reconcile herself to her friend’s disappearance. On the second read, this was what I found most affecting: that sense of knowing someone — almost! Almost, but not quite. It seems to me such a feature of adult relationships. Here, obviously, it is impacted by their age and also by the irrevocability of Unn’s disappearance. A hard lesson for anyone — especially at 12.

I would recommend this book for the beauty of its physical descriptions and its depiction — both quite delicate and quite tough — of the querulous relationship between these two girls. It is a fast read, well and plainly told, and very suitable for a long afternoon on a winter’s day.

Finally: Again, it is interesting to me how deftly this story speaks about the weather, or the season — which is itself a crucial (titular) aspect in my Finland book, Tove Jansson’s The Summer Book. It seems to me quite clear that the severity of the seasons — winter’s threat, summer’s sweetness — makes them rich areas of exploration for Scandinavian writers.

Recent books:
Europe: The World of Yesterday by Stefan Zweig
Portugal: Blindness by Jose Saramago
Spain: The Infatuations by Javier Marías
Germany: A Woman in Berlin by Anonymous