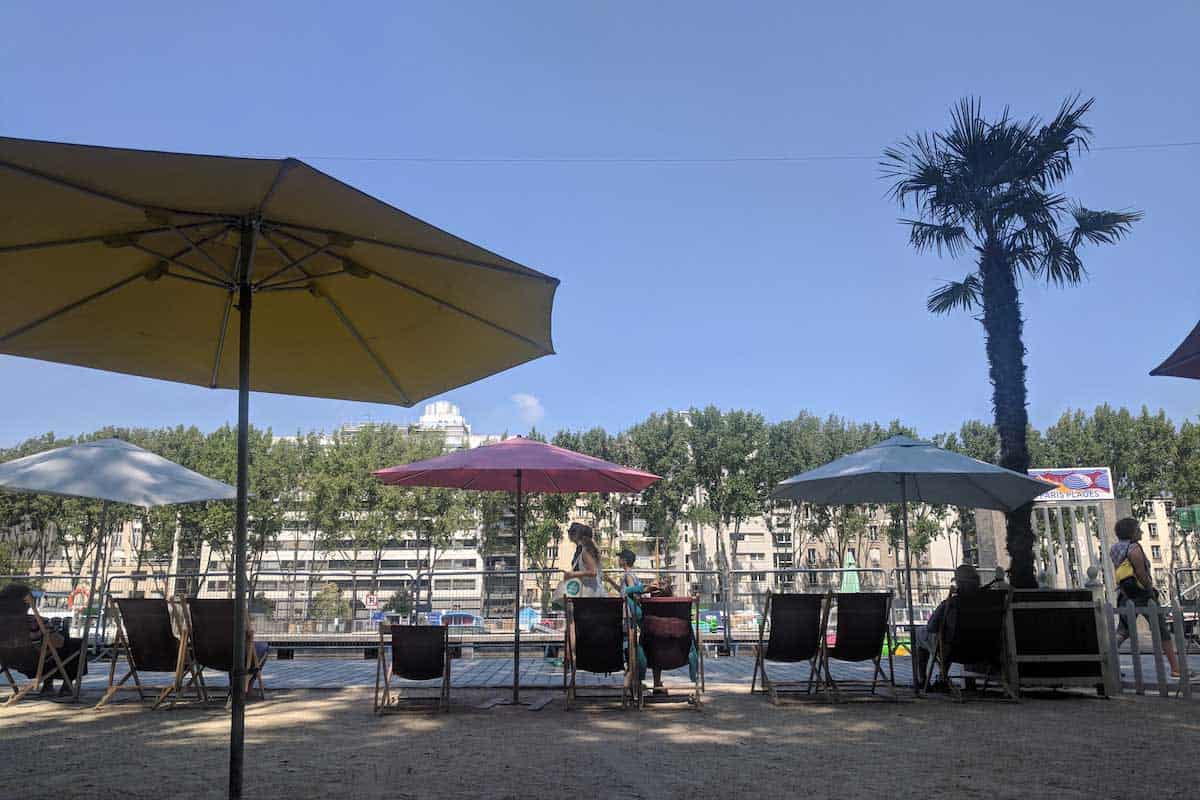 Ever wonder about the best non-touristy neighborhoods in Paris? Our letter-writer did! (Pre-PS: If you have travel questions, please do send them to us via Instagram DM; there’s nothing better in the whole world.)

Can you recommend your favorite residential arrondissement — not touristy?

I want to open with two brief provisos in terms of the best non-touristy neighborhoods in Paris:

#1: Paris is so small that I honestly believe you can stay anywhere within the city itself and have a wonderful time here — meaning that the more residential arrondissements shouldn’t put you off. The 15th is 1000X closer to the center of Paris than, say, Park Slope is to Manhattan, or Chiswick is to central London (and I say that as someone who lived in both of those latter neighborhoods — it’s not a dig, it’s just geography).

#2: In terms of having a non-touristy experience: timing is as important as location. Montmartre in July is a nightmare, and I say that as someone who walked through the Place du Tertre 90 minutes ago. Montmartre in January can be lovely. Visiting during low season can help a busier part of town feel like Parisians live there, instead of nine million Americans in Airbnbs — this is anecdotal, but I find November and February the chillest of the months (actually both in vibe and temperature).

That said: Within reason — noting that more people visit France than any other country on Earth — it’s easy to avoid the crowds. Here’s what you’ll want to skip: the 1st arrondissement (the Louvre), the 2nd (Louvre adjacent), the 3rd (there might not be any Parisians left at this point in the summer), the 4th (the Marais, Notre Dame), the 5th (the Latin Quarter), the 6th (the Jardin du Luxembourg), the 7th (the Eiffel Tower), and the 8th (the Champs Elysées, the Arc de Triomph). The 9th, 10th, and 11th would win my votes for the coolest parts of town (noting that they each have cool/uncool parts, especially the 11th). They’re pretty buzzy, though, and popular with out-of-towners as well as locals.

Where does that leave us? With some really lovely, relatively undertrafficked neighborhoods. My top three choices would be: 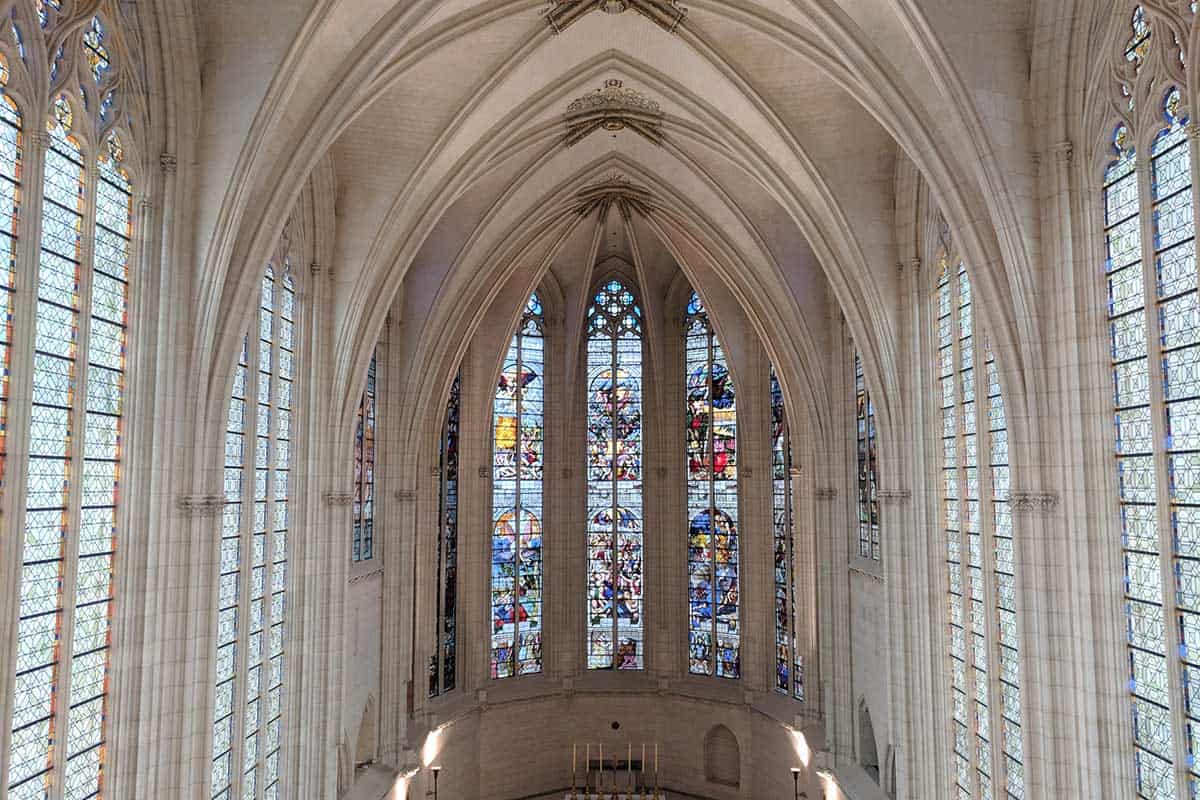 The 12th arrondissement: The Promenade Plantée, the Place d’Aligre, Bercy, the Bois de Vincennes
The basics: The 12th is an outlying arrondissement on the eastern edge of Paris, bordered to the south by the Seine.
The sights: The Promenade plantée — aka the Paris Highline — is a lovely three-mile-long raised garden built above the tracks of the 19th-century Vincennes railway line. It’s a terrific place for a date, a run, or a quiet afternoon staring at the sky. The Bois de Vincennes is a huge expanse of parkland — cross the city border and go into Vincennes for a visit to the Chateau de Vincennes, a genuine castle with a moat and a chapel with stained glass as lovely as Sainte-Chappelle, and none of the crowds.
Where to stay: I liked the Square Trousseau so much that the first time I went there, after a morning at the Place d’Aligre flea market, I spent the rest of the day looking at apartment listings. The famous Baron Rouge wine bar is around the corner.
Especially good for… anyone going to a concert at Bercy, which gets tons of big-name performers. 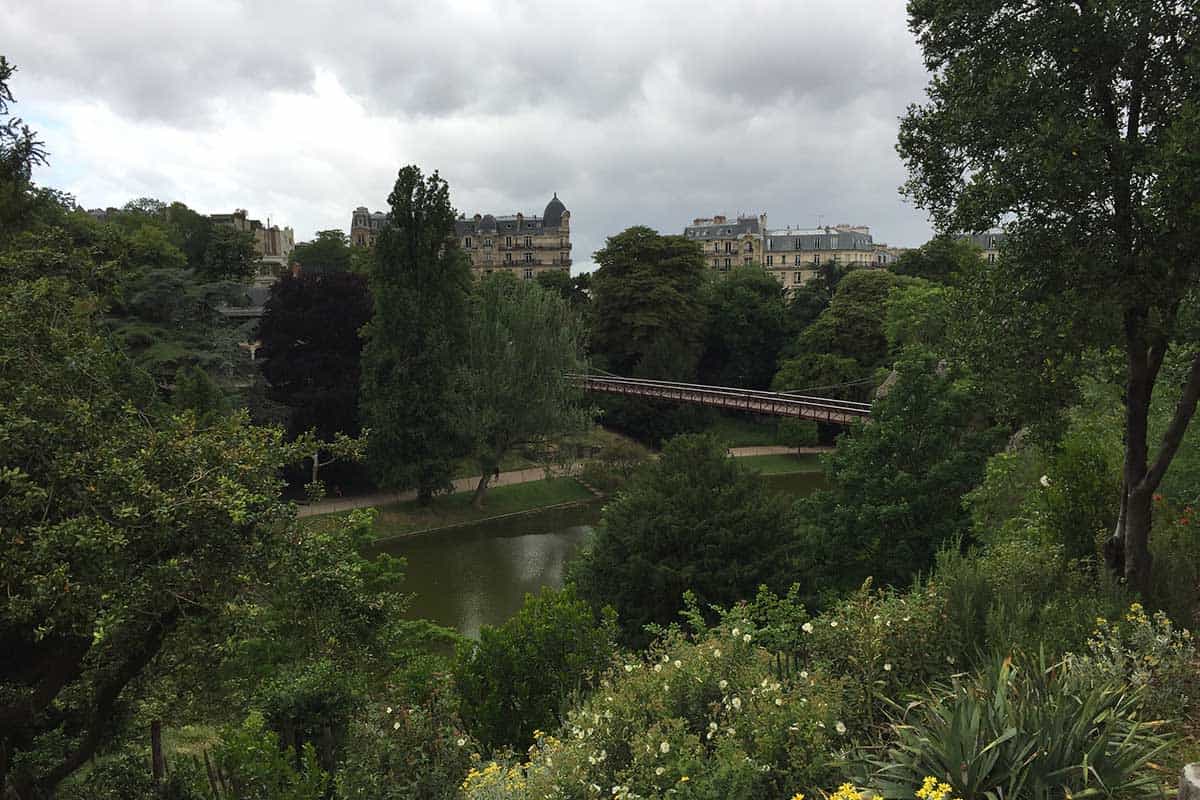 The 19th arrondissement: The Bassin de la Villette, Centquatre, the Philharmonie de Paris, the Parc des Buttes-Chaumont (pictured: Eiffel’s bridge)
The basics: The 19th is an outlying arrondissement on the northeastern edge of Paris, to the right of Montmartre.
The sights: The Bassin de la Villette (seen in the top photo) is like a low-key, hipper version of the Seine — in the summer, it’s paradise, with lots of little places to eat and drink along the water, plus bathing areas in the canal itself. The Philharmonie de Paris, within a beautiful, striking building designed by Jean Nouvel, is a complex of auditoriums and event spaces — buy your tickets in advance if you think you might want to see something there. And Centquatre (aka 104) is a cool art space on the western side of the canal hosting a huge array of events and exhibitions.
Where to stay: Noting that everything is extremely relative, this is one of the less expensive parts of Paris — the official Paris website makes multiple mentions of the neighborhood’s “industrial and working-class past.” I’d stay near the pretty Parc des Buttes-Chaumont, home to a suspension bridge created by Gustave Eiffel (of the tower Eiffels) and my favorite outdoor bar in the whole city, Rosa Bonheur.
Especially good for… anyone happy to be between the sights of Montmartre and the very busy bars of the 20th. You can see the Sacre-Coeur basilica from lookout points in the park.

I decided that I really wanted to only suggest three spots for the best non-touristy neighborhoods in Paris — more than that and I’m basically recommending all of them. I’m going with this choice below, but know that the 20th was an extremely close second, and if your main mission is to go to very fun bars, I’d stay in the 20th. For me, I’m just one of those scaredy-cats who can’t be that close to Père Lachaise, which knocks the 20th into fourth place. I’ll also say that the 15th is a good choice, especially if you want to be close to the Eiffel Tower but not too close. 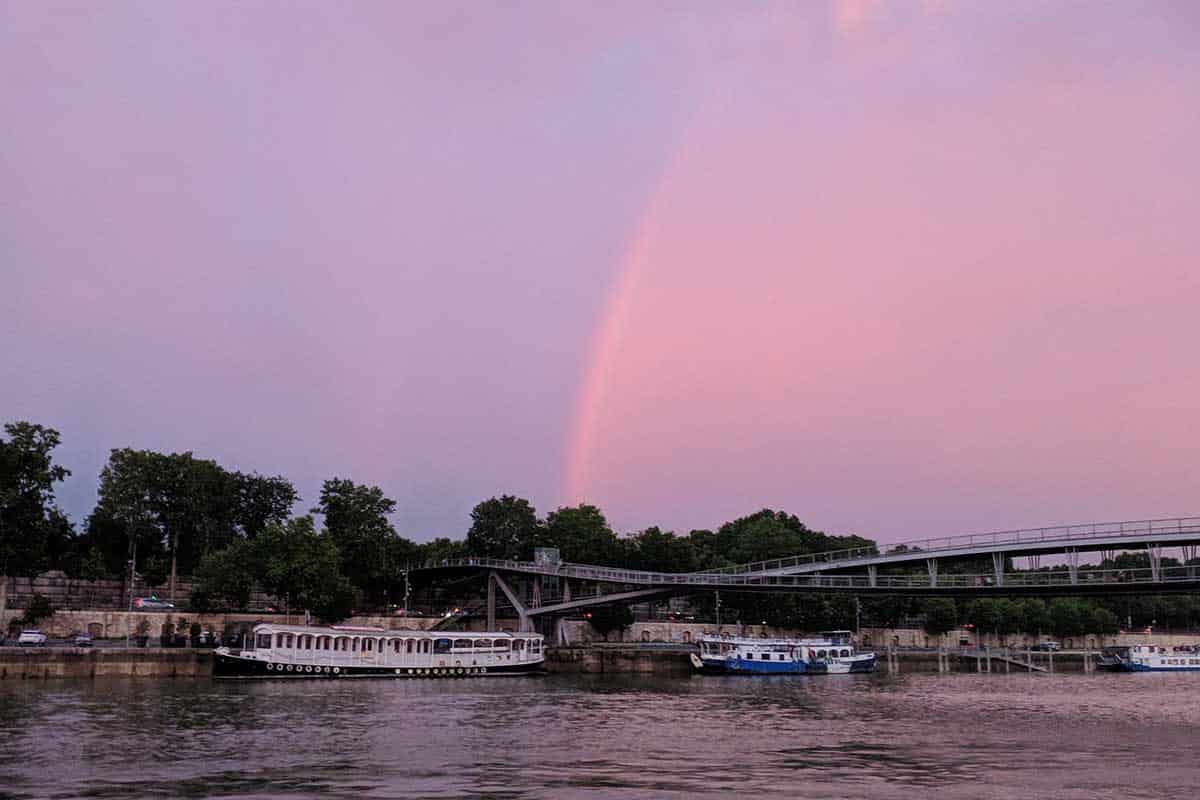 The 13th arrondissement: Butte-aux-Cailles, “the lost River Bièvre,” the Josephine Baker pool, Petit Bain (picture: the Seine seen from the 13th)
The basics: The 13th is an outlying arrondissement on the southeastern edge of Paris, south of the Seine.
The sights: The 13th has fewer sights that (all of) the other arrondissements, but I gave it third place because I also think that it feels the most settled — like, people actually live there and go to work there and buy hammers. There are some solid attractions right on the water, like the Josephine Baker public pool (a boon in summer) and Petit Bain, a floating event space that welcomes DJs and musical talent from around the world (recent example: French synthwave duo Doppelhandel).
Where to stay: Definitely in Butte-aux-Cailles. To reach it by metro, you’ll exit at Place d’Italie, a traffic roundabout only marginally improved by the appearance of a mall. Just five minutes away, though — all uphill — you’ll find this charming, self-contained little neighborhood — what Montmartre might have been if it hadn’t gotten quite so famous. Twice a year, in June and October, it hosts a fabulous flea market — to double-check the specific dates, search for vide-grenier and butte aux cailles.
Especially good for… anyone who wants to have a unique experience in a truly lesser-known  (but still worthy!) corner of Paris.