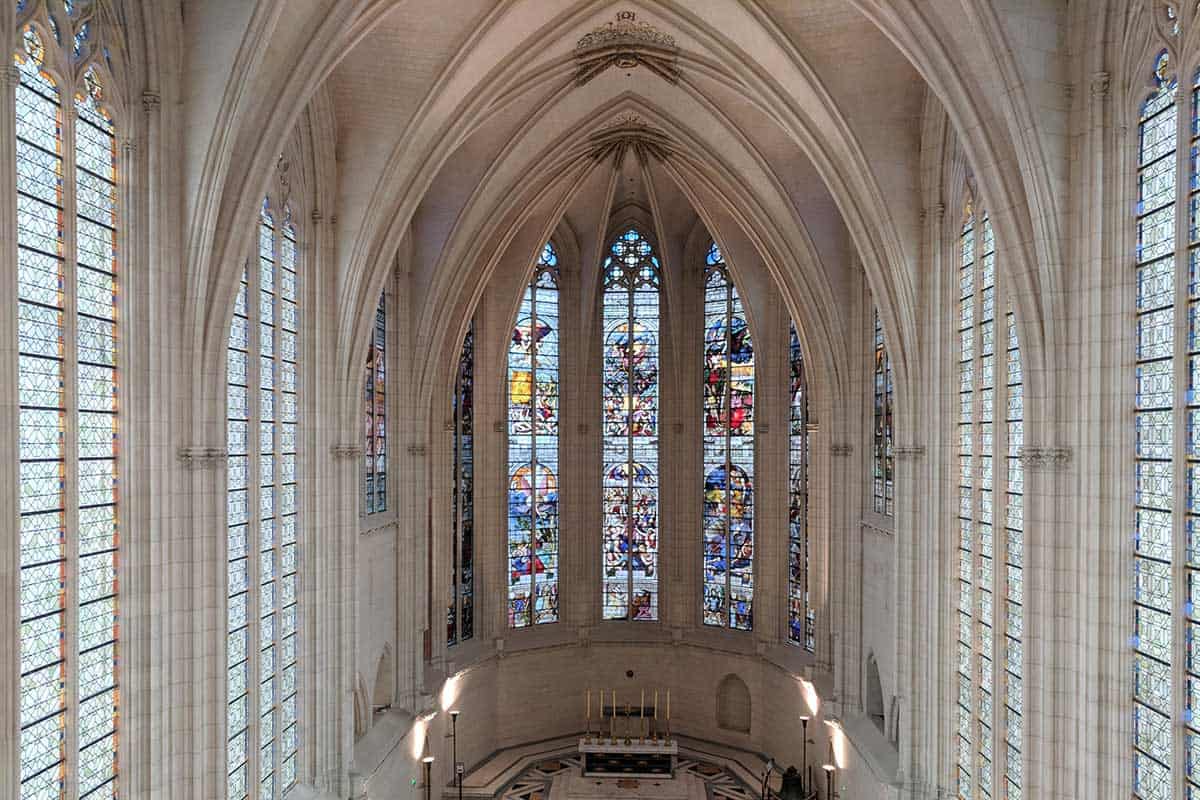 This is one of the crazy things about Paris: You can see a castle without leaving the city, or just barely: The Chateau de Vincennes is right across the city limits in Vincennes.

If you’re staying on the eastern side of Paris — in the 11th or 12th, certainly — the Chateau de Vincennes won’t be much farther than, say, the Louvre.

It’s that close — it’s so close you don’t even need to get on the RER, since the Chateau de Vincennes metro stop is literally the last one on line 1. So if you want a small dose of castle without going all the way out to Versailles and spending the entire day in the suburbs surrounded by swarms of people, this’ll do the trick. For emphasis: The photos below give a good sense of the crowds, and these were higher than they would normally be since I went during the French school vacation. If you really hate crowds, this is your castle.

Of course, this is not Versailles — in fact, this is the castle that Louis XIV abandoned in favor of his palace there. There is no Hall of Mirrors in Vincennes — it’s stately, not spectacular. Like Versailles, the castle began its life as a royal hunting lodge, in the middle of what used to be a forest. It was reinforced in the 14th century, with the addition of the “donjon,” what was then the “tallest medieval fortified structure” in Europe (see above; for the record, Merriam-Webster defines this as “a massive inner tower in a medieval castle”).

I did not see a single mention of this when I visited, but this is where Henry “Once more unto the breach, dear friends” V of England/100 Years’ War fame died in 1422, from dysentery contracted while laying siege to Meaux, about 35 miles northeast of Paris.

Another famous death here: the Louis Antoine de Bourbon, the Duke of Enghien, whose execution in 1804 here hardened feelings against Napoleon and stirred dissent. Enghien, who had been born in another castle — the Chateau de Chantilly, north of Paris and definitely more of a palace-type — and then murdered in the moat that surrounds the Chateau de Vincennes. His death is mentioned in War and Peace:

The vicomte said that the duc d’Enghien had perished by his own magnanimity, and that there were particular reasons for Buonaparte’s hatred of him.(…) It was an anecdote, then current, to the effect that the duc d’Enghien had gone secretly to Paris to visit Mademoiselle George; that at her house he came upon Bonaparte, who also enjoyed the famous actress’ favors, and that in his presence Napoleon happened to fall into one of the fainting fits to which he was subject, and was thus at the Duc’s mercy. The latter spared him, and this magnanimity Bonaparte subsequently repaid by death. The story was very pretty and interesting, especially at the point where the rivals suddenly recognized one another; and the ladies looked agitated.

So basically these two men — one an emperor, the other the last heir of a royal line — ran into each other at their mistress’s and everyone freaked out. This seems to me like an exceptionally French problem.

Back to the castle: the donjon will fascinate people who like such things — moats, secret prisons, etc. etc. — but my time was better spent at the Gothic Sainte-Chapelle de Vincennes, which was modeled on the other Sainte-Chapelle, on the Ile de la Cité, and is beautiful — you can climb up to an overlook for a better view of both the entire cathedral and the rosette window.

Speaking of prisons: The castle had its share of illustrious captives, most notably the Marquis de Sade. (A precise description of the Marquis via the Telegraph: “[His] interests were, according to a French text: “Torture, murder, incest, rape, etc.” It’s the “etc” which intrigues.” Not sure “intriguing” is the right word there, but OK.) From a letter to his wife: “you will deeply put me in your debt by obtaining permission for me to take the air, because I tell you a thousand times that I am suffering horribly by lack of exercise and that it is a disgrace to deprive someone of the benefits belonging to every creature.”

I went right at the end of the day, and it was empty except for a few families with kids. Empty!

I don’t know that I’ll ever need to go again, but I’m delighted that I went.

The details: Getting there couldn’t be easier: take line 1 to the last stop, Château de Vincennes.
Cost: 9€