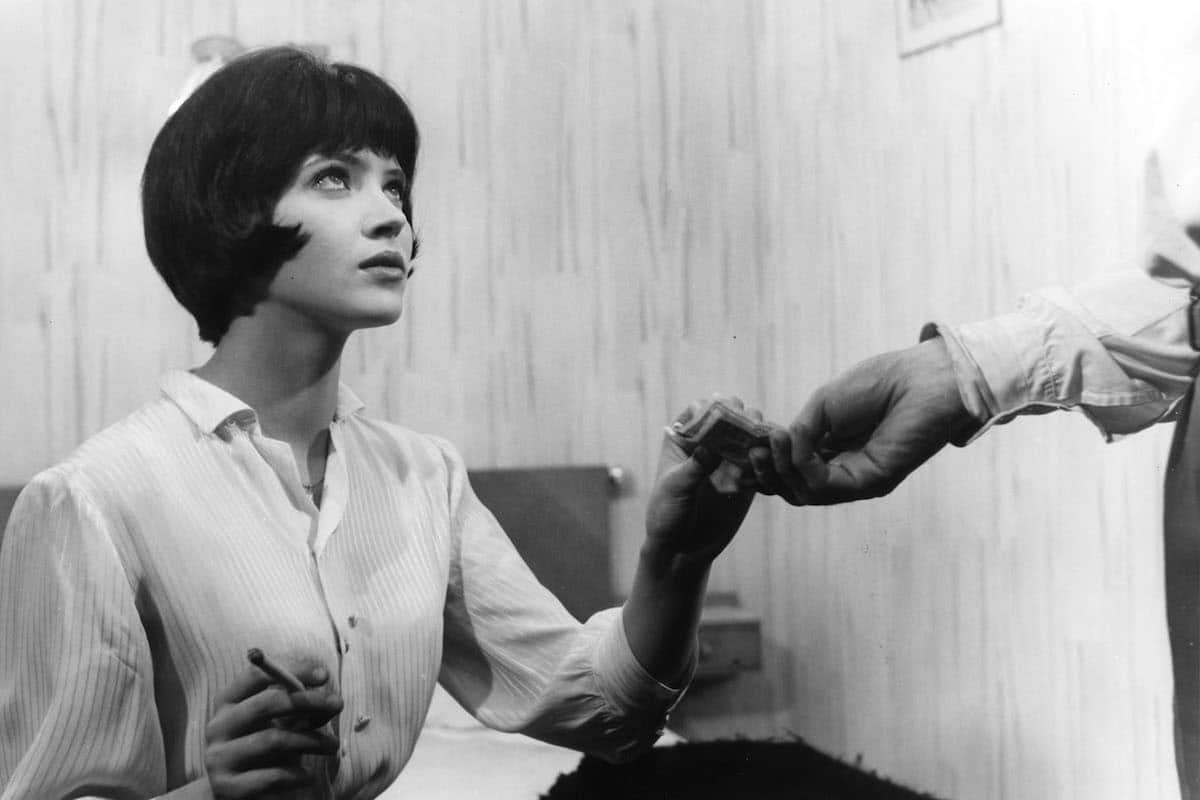 I was eating a burrito and wondering if anyone else had noticed that the Best Picture nominees were the stories of, like, a half-dozen white guys and Martin Luther King (at least we know where the bar is set for the non-white guy portion of the population) when I came across this story: Apparently guys are less interested in confident ladies. And it got me thinking.

Typically I might not have much to add to this particular discussion—except for the fact that I recently took a deep dive, shall we say, into the world of French real estate. For what seemed like a Captain Ahab-looking-for-Moby Dick amount of time, I went and looked at French apartments. All kinds of apartments, with bathrooms in the bedrooms and canal views and weird  carpeting and one with a bathroom so big, and a shower stall so small, that I just kept saying that I could use the extra space to rear pigs, which I’m sure endeared me to the realtor to absolutely no end.

Returning to the point: What was interesting about these conversations, whether about canal views or parquet floors or growing pigs in my bathroom, was that about half of them were conducted in English—my regular, everyday English—and half in French, which were characterized by my nodding at varying levels of aggression that were inverse to actual comprehension. Except in one case, when I told a woman that I spent most of my time in the U.S. and she, on the spot, doubled what she wanted for the security deposit, all of these conversations were conducted with guys. And here is the interesting things: The conversations in English were, again, normal: Some of those guys asked me out. (To my recollection, this does not happen at all when looking for an apartment in New York, much less at the “normal” amount of a going-out night, but O.K.!) But when my questions about southern exposure and extra charges and the taxe d’habitation, which I still only marginally understand, were expressed in French, a lot of those guys asked me out. A lot. One who did not was an older gentleman, who gave me the number for the previous tenant while holding my hand. I didn’t even want the apartment! (No light.) But at that point, I was so fascinated by the fact that this might even somehow be related to the proper conducting of real estate in France that I didn’t grab my hand back and smack his. I just stood there and nodded vigorously as he said something I didn’t understand.

Two notes. First, I am a normal person, who is asked out a normal amount. I have no complaints about this! I like dudes, I meet cool ones and I don’t like the whole “OMG what is wrong with men today!” thing, unless we add various limitations, like “OMG what is wrong with that dude who hit my arm while I was walking in the park today and made me get Diet Coke all over my hands and it was very cold.” Generally I am more interested in the complexities of using Netflix overseas than those involved with dudes asking me out.

And now, a word about my French. I can write and read as well as your average fourth-grader, but my oral comprehension is low and my speaking abilities are—let’s just say I’m no Bradley Cooper. I’m more of a Margo Martindale. I know how I look when I speak French, and if I get something right—a “Je crois qu’oui” rather than “Je pense oui”—I look like a kid who just managed to tie her sneakers correctly. When I get it wrong, which is what usually happens, I look like a kid who might have just wet the bed. At her aunt’s house. Which is to say, I smile brightly and hope that nobody realizes what just happened until I or my mom can fix it.

Somehow, this is apparently attractive to dudes—or at least French dudes (note: not the bed-wetting, but conversational vulnerabilities), since they are my sample group.

In English, I watch normal adult-person TV, like Better Call Saul and The Amazing Race. In French, I watch a cartoon called Lassie et ses amis. Here’s a moment from the American version:


You see the problem. I am an adult in English, with ideas and opinions and very much to say about pigs living in bathrooms. In French, I am a 10-year-old, who’ll get through the new Harry Potter if I sit there with the dictionary long enough.

One of my favorite things to do in France is go to something called Franglish, which I have described previously as a non-sexual version of speed-dating that’s actually about language exchange. I always left Franglish with more opportunities for drinks and dates and things than I thought were entirely reasonable—but “Oh, the French,” I said.

And sure, there’s definitely something of that going around. One of my friends here told me that the French “love love” and asking out girls they met at language exchange and spoke to for precisely 14 minutes is apparently a part of that. And you could make the case that there’s something more appealing about a person who’s trying to speak the language of the land rather than getting by in her native/quasi-universal tongue. But I don’t think it’s any of that—why basically every apartment-owning guy who spoke to me in French asked me out, and a normal amount of guys who spoke to me in English did.

The only reason I can even formulate this position is because I went on a literally absurd number of apartment appointments—dozens—and had the unusual experience of conducting the conversations around those apartments at two incredibly different levels of comfort in expressing my ideas—one quite high, one rather low. And what I’ve observed really kind of freaked me out: the more nervous, the more unsure of myself, the more vulnerable I was, the more I used big eyes and bigger smiles to mask my incomprehension, the less I was able to demonstrate facility of thought and expression—the more appealing I was, at least to the limited sample group of men aged 25 to 70 in Paris with apartments to rent.

Maybe aggressive nodding is considered especially sexy in Paris. Or maybe I’m kind of an asshole in English. Or maybe….