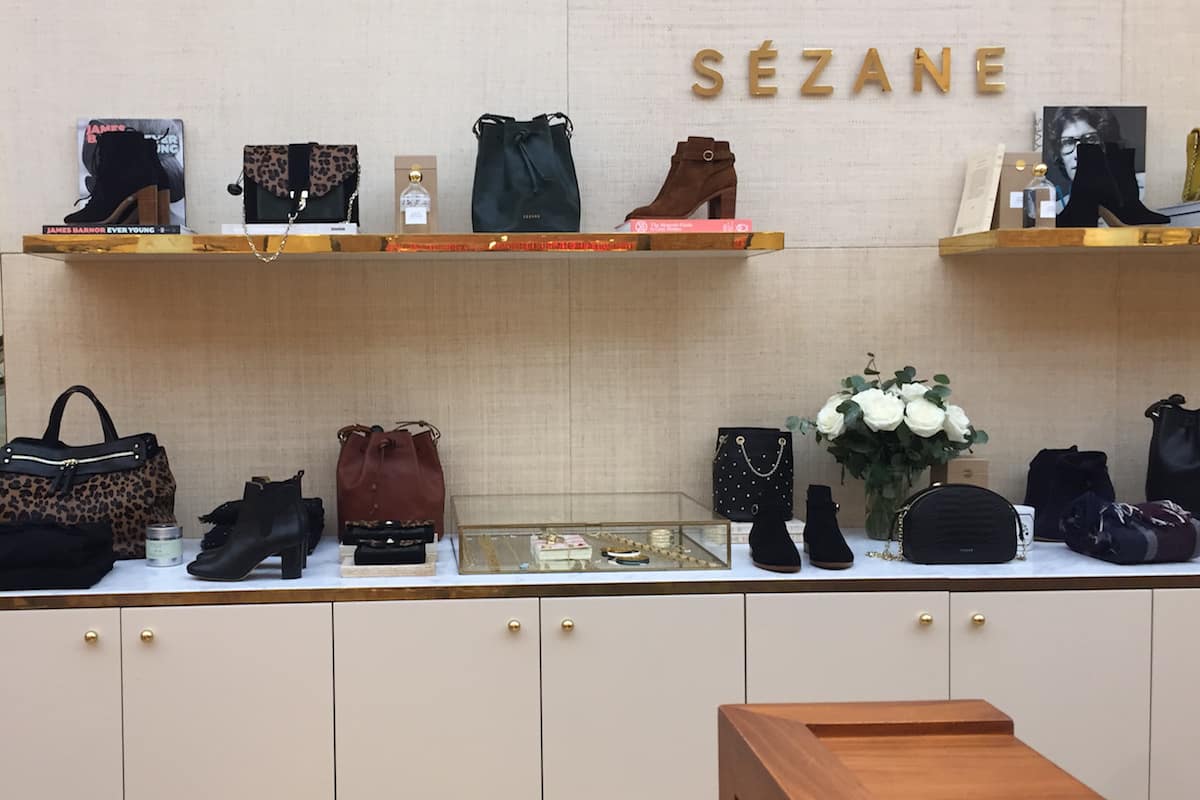 As you consider a trip to Sézane, see our extremely detailed rendering of how much it costs to buy the exact same Sézane pieces in the U.S. versus in France.

Much is made of “French girl” allure. Maybe the reason why it’s so easy to conjure up that term is because — at least in Paris — it’s a real thing. “American girl” — what would that be? We are multitudes, we are that Coachella girl in the fringed poncho in Mitski’s video, we are Mitski in the raspberry pantsuit, we are Mitski in the gold mini-dress, we are myriad and various. Parisian girl style — not so much?

I can’t describe it better than a French person, so here’s the situation, straight from a Parisian Instagram star:

In France, we have style but the problem is that this style could be so boring. This is the same for every woman: In the upper class in Paris, you have a slim jean, you have ballerinas [flats], you have a simple tee shirt, you have a gray coat, and then your hair is with no artifacts [accessories]. This is a typical French woman.

One of the crucial texts of my experience in France was a Vogue essay by a writer who moved from Paris to Tokyo because, as a native New Yorker, she couldn’t shake the idea that fashion should be an opportunity for personal expression. (I can’t find that piece, but it was great.) Here, it’s different — it’s an opportunity for artistry, sure, but in finding variations on a theme. And no brand — not Maje, not Sandro, not The Kooples, not even St. James — does the theme better than Sézane, newly arrived in SoHo, and recently visited by me in its two Parisian incarnations: at Le Bon Marché in the 7th and at its own, extremely busy shop in the 2nd. 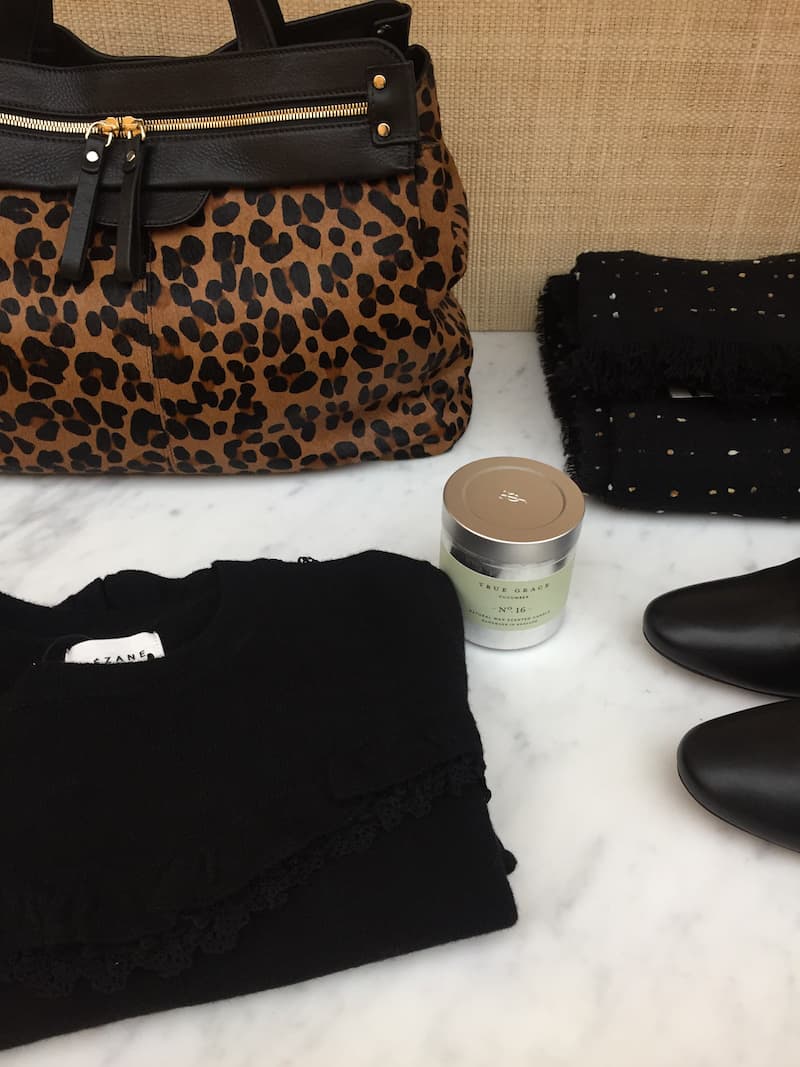 Of the two stores, for sure the Sézane shop in the 2nd is better — it has everything. But I have never seen a store so packed with people outside of the twice-annual sales — it was heaving. And I was glad I had first gone to the Bon Marché concession, so I went into the shop knowing my sizes and roughly what I liked and didn’t like. 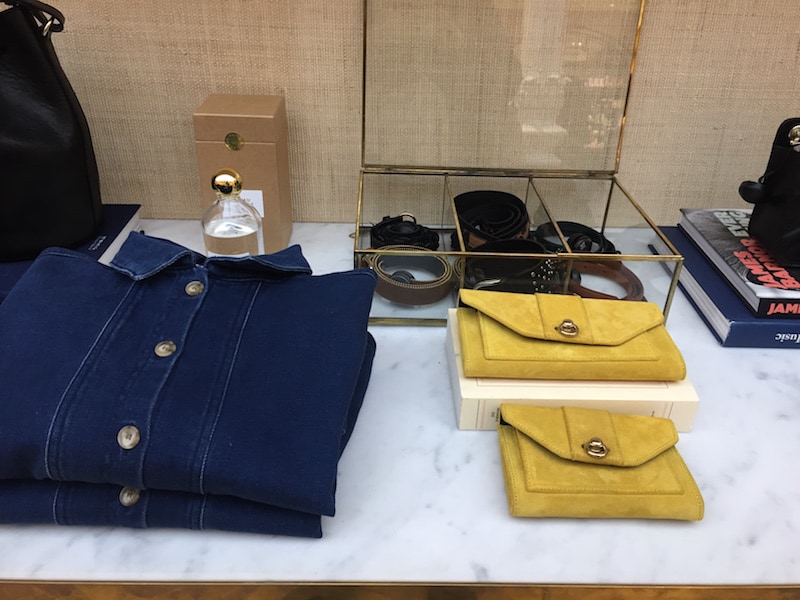 What makes Sézane great is, obviously, the style: I think of it as a more feminine, less boxy A.P.C. And the price point — the price point is a differentiating factor. Relative to its U.S. competition — Madewell, J. Crew, etc. — it’s a little on the high side. (You’d want to guess a random blouse is $100.) But relative to its French competition, listed above, it’s a bargain. To do better than Sézane prices here, you have to step way down — to H&M, Forever 21, etc. It’s not that much more expensive than Zara, for goodness sake, and the vibe is way more consistent. Sézane > Zara is the easiest math I’ve done in memory. 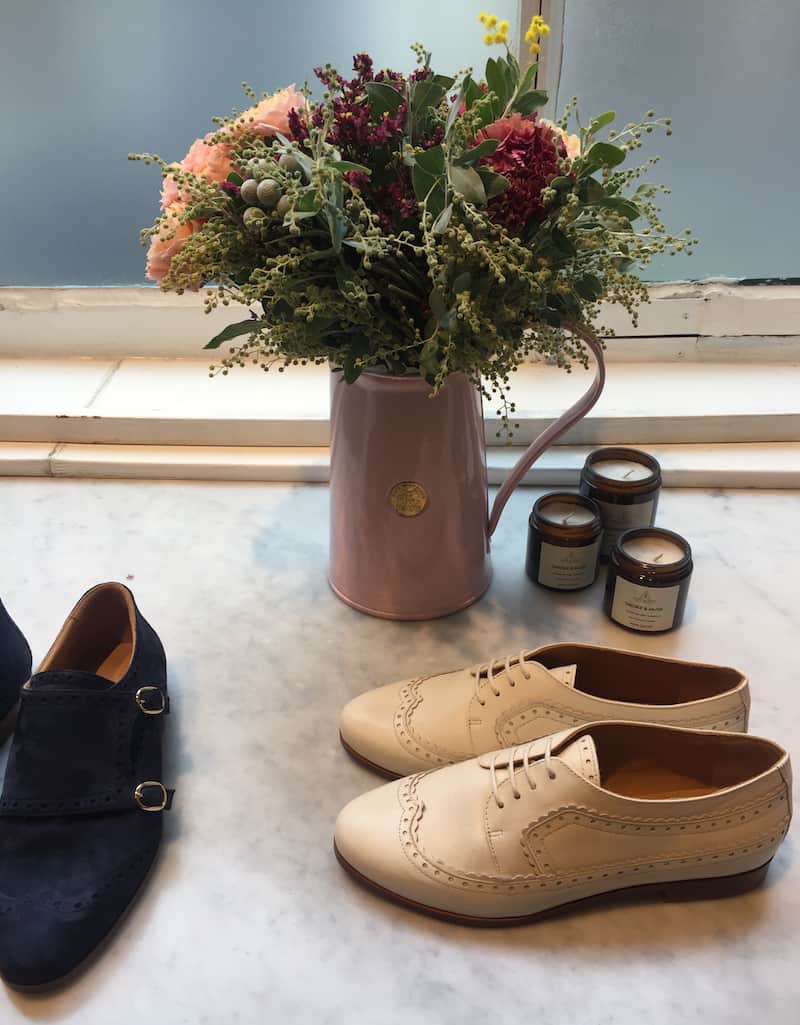 The Sézane store in the 2nd is like a PARISIAN STYLE Pinterest board come to life, with a big shoe area, a bunch of changing rooms, basically all the clothing, and a ton of lifestyle pieces. (See below.) This store was incredibly busy — I would definitely hit it first thing in the morning, or during a snowstorm. 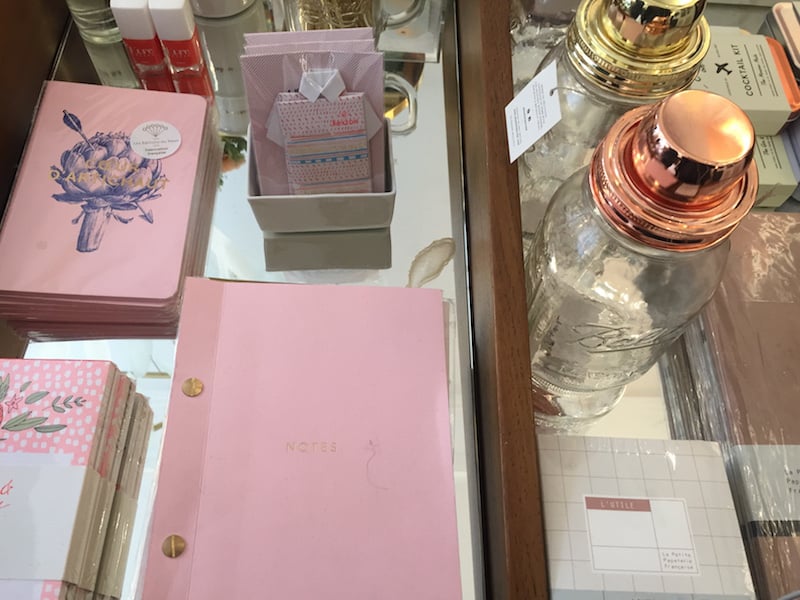 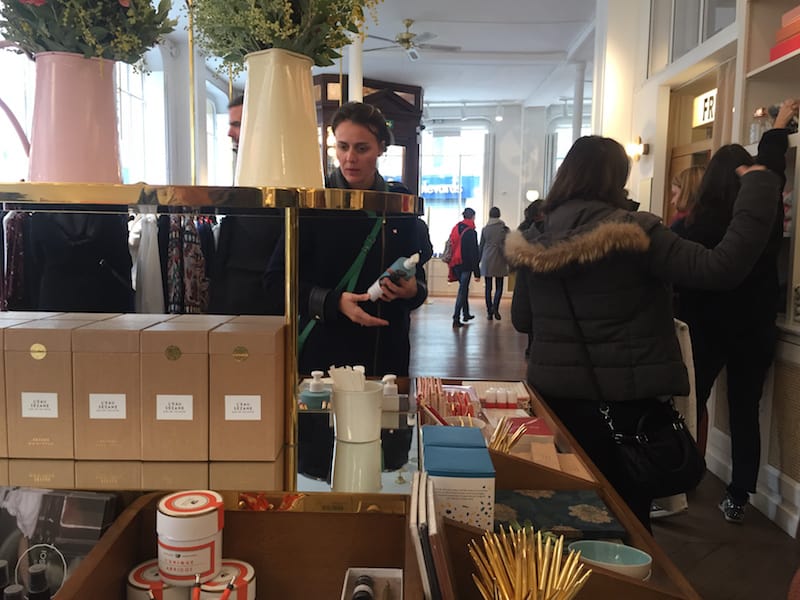 There were 19 people ahead of me on line, which I personally think is a lot. The staff were friendly and helpful, which was, of course, disconcerting. 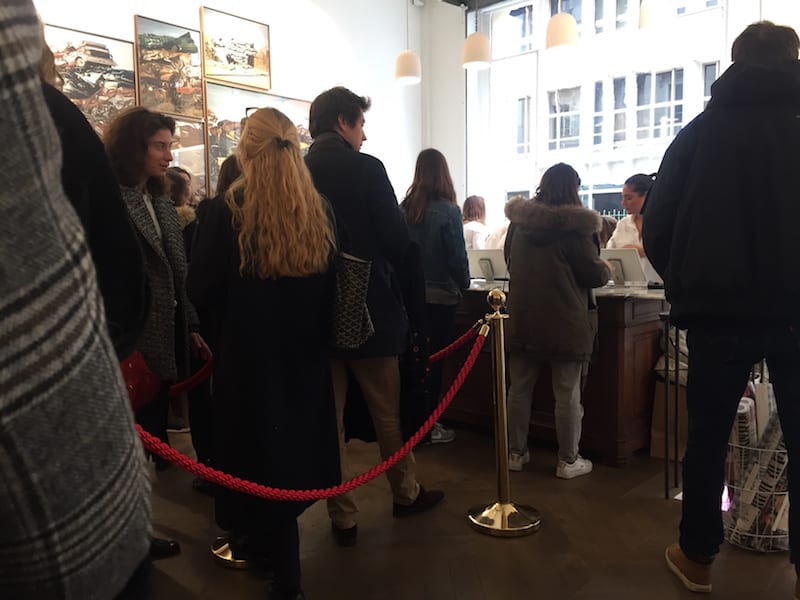 In short: I’m going to buy as much Sézane as I can afford. Which is a small-to-medium amount. Which is perfect. 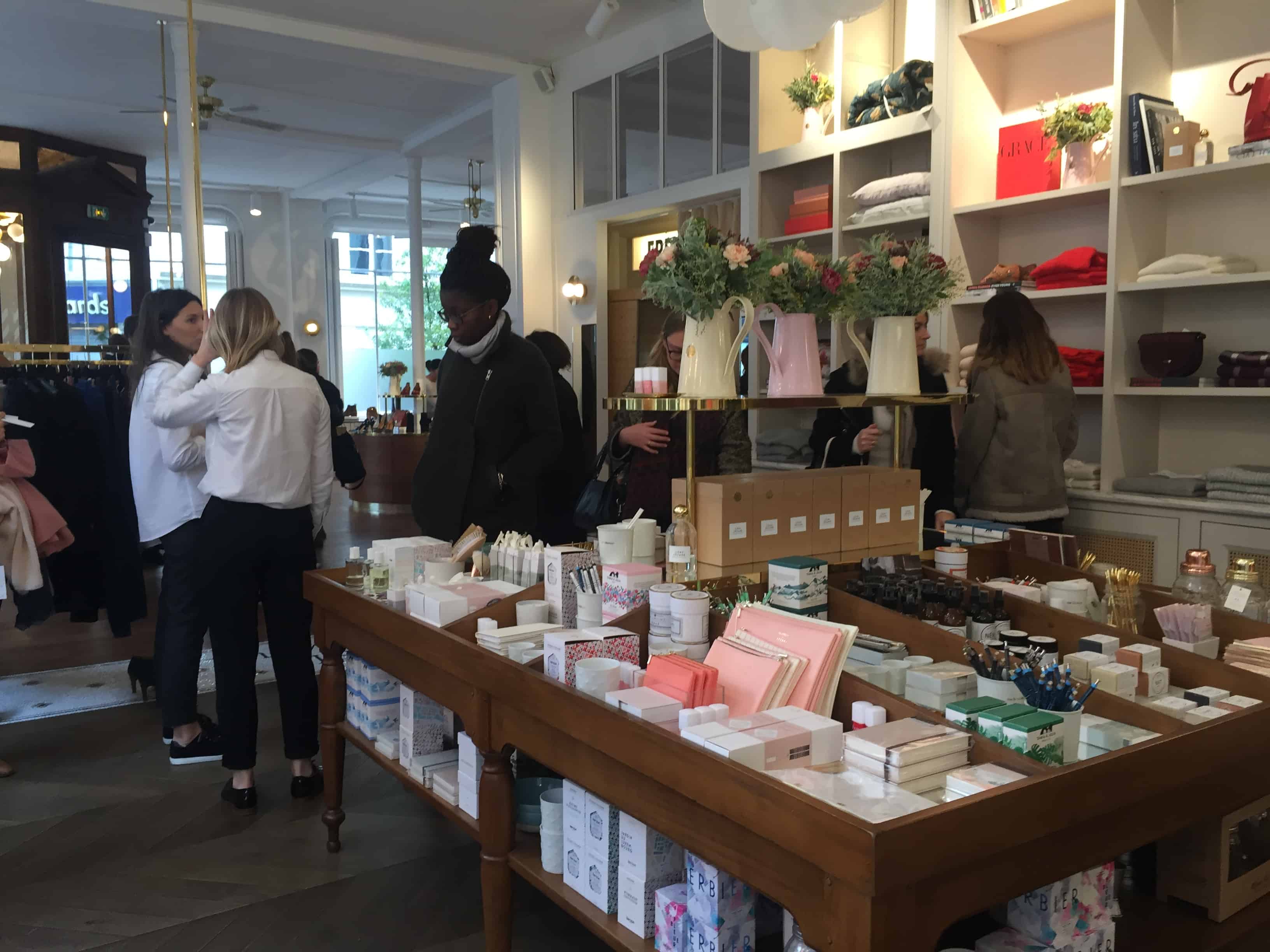