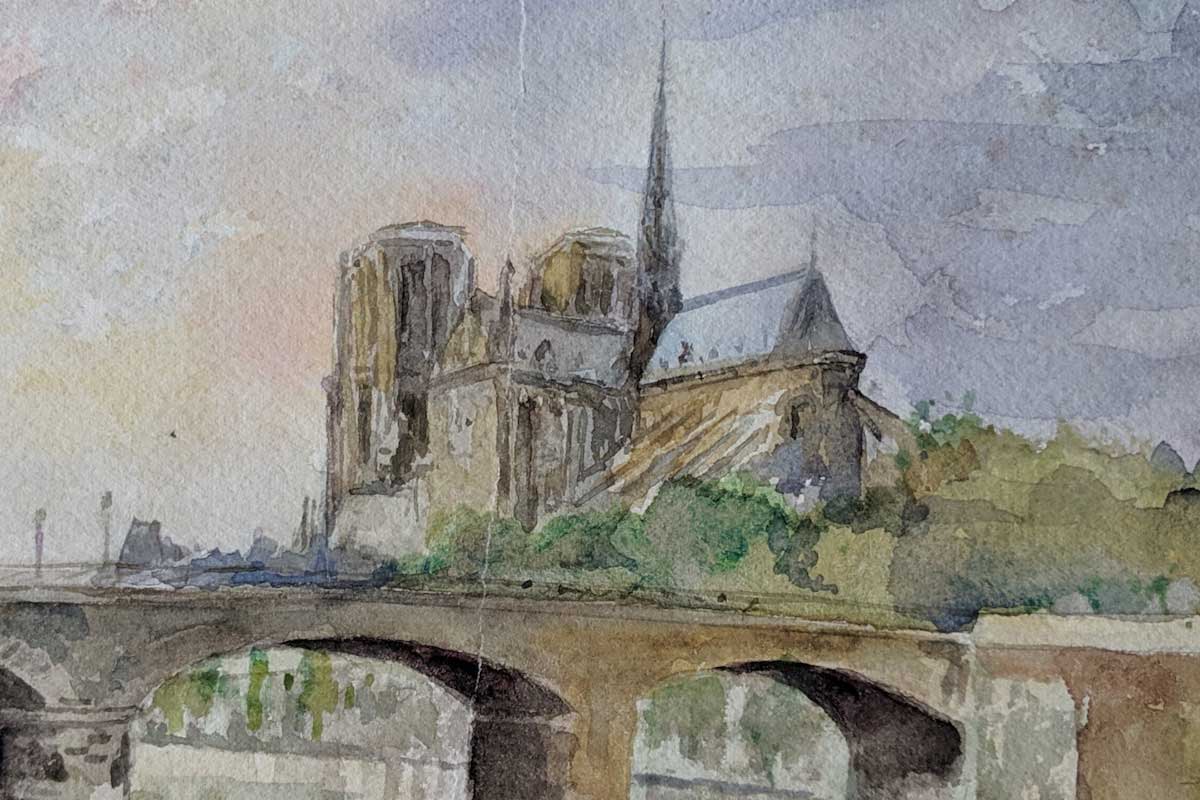 The list of the top cities to visit in France that aren’t Paris begins with Lille and goes all the way south to Nice: Mon dieu, there’s a lot of France that isn’t Paris! Paris can be cold (both climatologically and interpersonally), it’s expensive, the weather’s terrible — yes, it’s beautiful, but so is Lyon! And Lyon’s cheaper, friendlier, and both sunnier and snowier!

Here’s the thing. Paris is Paris. Like London, Tokyo, or New York, there’s just no substituting it — I would never recommend that someone skip Paris to go to, say, Nantes. (No offense, Nantes.) Visiting Paris is a singular thing — irreplaceable. It can, though, be rough: unfriendly, trop cher,  and did I mention the weather? And just like New York doesn’t tell the whole of the American story, Paris isn’t synonymous with all of France.

Here, my non-Paris top cities to visit in France. I’ve also excluded the most obvi of the obvious choices: Aix, Avignon, Bordeaux, Strasbourg; these are really my personal favorites, so they lean heavily toward the less expensive and, uh, the ones that host giant flea markets. Start in the north, with Lille, and work your way down. That would be one amazing trip.

1. Lille
Lille doesn’t make it to the first spot of a lot of the I absolutely love Lille, which is home to a literally millennium-old flea market that’s only stopped for World War I, the literal Nazi occupation during World War II, and the season following the terrible terrorist attack in Nice in 2016. The flea market is wonderful and always held on the first weekend of September, when the weather is often splendiferous — if you can go, go. Lille has a remarkable spirit: It’s so close to Belgium that the city limits rub up against the national border, and the vibe is similarly low-key: It’s all beer and mussels and fries, not wine and steak tartare, if you will. I’ve actually been to Lille more than I’ve been to any other non-Paris city in France, and I just can’t recommend it enough. (P.S. if you’re looking for the four other best flea markets in France, click here.)
Where to stay: Mama Shelter Lille
When to go: For the braderie!
Where to eat: Bierbuik

2. Le Havre
I love Le Havre, and it’s so far down most people’s lists that no one ever gets around to it. This is a mistake! Le Havre was bombed into oblivion and then rebuilt after World War II — so while you’ll see beautiful old parts of town in other cities on this list (especially Lyon and Rennes), that’s not the case here. Instead, though, you’ll see the birth of midcentury design, in the housing created by architect Auguste Perret — for background, see this UNESCO primer on his post-war reconstruction. You can take tours of his “Model Apartment” — and while you’re there, stop by his Church of St. Joseph. The Museum of Modern Art Andre Malmaux is equally good — don’t miss the cow paintings by Eugène Boudin! — and if it’s sunny, obviously you want to take a walk by La Manche (a.k.a the English Channel).
Where to stay: Le Vatel
When to go: July, for great weather without August’s vacationers
Where to eat: Jean-Luc Tatarin

3. Lyon
Lyon gets compared to San Francisco a lot (and it’s the destination here that’s most likely to be on other list of the top cities to visit in France). Like SF, it’s smaller and a little warmer than Paris, with arguably a superior dining scene. It similarly has amazing access to the great outdoors — the Alps are within spitting distance. (Bonus: No, or at least way fewer, dystopian-making start-up companies! So not exactly like San Francisco, then.) Lyon’s a quick two-hour TGV trip from Paris and I couldn’t recommend it more highly: take a walk down rue de la République, go to the Musée des Tissus et des Arts décoratifs (the Textile Museum — Lyon was once a famous silk producer), and then head, of course, to the weekly Puces du Canal, a destination flea market, worthy of the trip south.
Where to stay: MiHôtel
When to go: Maybe in December, for the Fêtes des Lumières (Light Festival)
Where to eat: Canaima

4. Rennes
Rennes is the perfect setting-off point for a tour along the amazing Breton coastline. Ideally you’ll have a car — you can do it with public transportation but it’ll be tricky. If you don’t, Rennes is even better, since it’s only a couple hours from Paris by TGV. Rennes is a terrific introduction to the region, with gorgeous half-timbered houses — they’re ideal Instagram subjects, or learn more about their history with a tour provided by the tourism bureau. Other tours follow the path of master mosaicist Isidore Odorico, whose work is well worth studying. From Rennes, destinations like St. Malo are only an hour.
Where to stay: Le Saint-Antoine
When to go: Maybe in September, for the flea market (also great weather and harvest events)
Where to eat: Creperie Ouzh-Taol

5. Marseille
A lot of people say Marseille is too rough for a spot on any list of the top cities to visit in France. IDK, maybe it’s having lived in New York City for too long — I mean, I get it but I don’t get it, and frankly, very-dangerous-for-France might equal somewhat-dangerous-for-the-U.S. (Don’t take my word on this — there’s plenty of news coverage on this, like “Corrupt, dangerous, and brutal to its poor — but is Marseille the future of France?” or the equally subtle “Marseille: Murder capital or must-visit?”) It is a port city, and port cities, throughout history, have been meeting points of different cultures — and in that marvelously human way, that can also bring conflict. (And drug trafficking.) All I can say is that the city I encountered was beautiful, sunny, cheap[ish], and friendly — it’s a terrific stop alongside the sleepier, genteel-ier Nice. I love both but if I had to choose, Marseille would win.
Where to stay: La Résidence du Vieux-Port
When to go: May, when spring is well and truly here
Where to eat: Les Bords de Mer