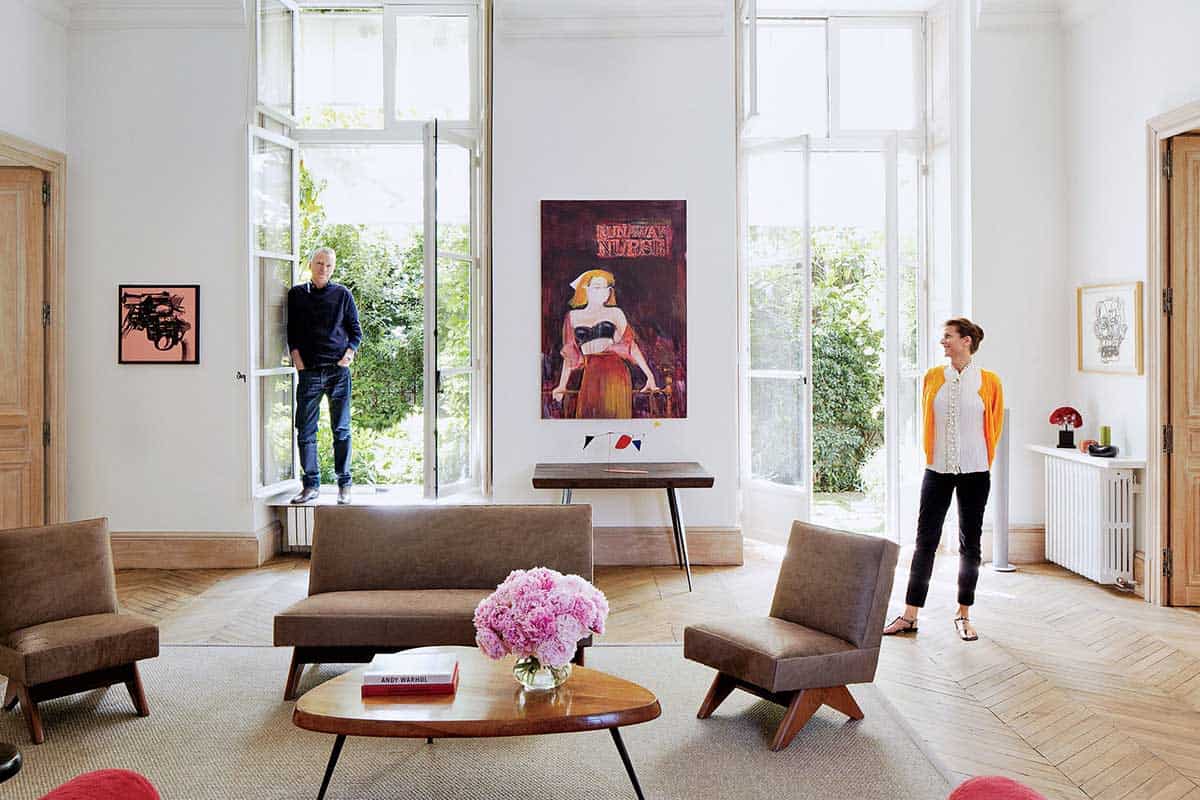 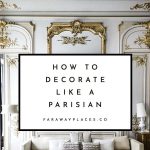 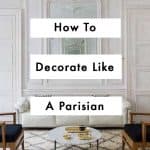 If you’ve ever wondered: How can I decorate my home like a Parisian?

I have good news: It’s easier than it looks. It’s true that Paris apartments often have beautiful bones — it’s a small city, with much century-old housing stock (though plenty of new as well). In general, though, it’s not that hard to find a beautiful apartment with beautiful moldings and parquet floors.

That said, a Parisian apartment can be procured the old-fashioned American way: by buying it. Parquet floors can be laid by hand. Oil portraits can be purchased on Etsy or Selency. A grand, antique mirror is only as far as 1st Dibs.

Generally, I think that there’s a native way of styling apartment that’s unique to wherever you are — a Brooklyn apartment wants to be a Brooklyn apartment while a Miami apartment wants to be a Miami apartment, and ditto in San Antonio or Seattle: All of these places have different amounts of sunlight, sun intensity, color temperature, and local vintage stock. In that sense, I’d say that if you’re really asking yourself “How can I decorate my home like a Parisian?” — the answer may very well be to just move to Paris. (And oh, hey, here’s a post that explains how to do exactly that.) But if you’re looking for a couple grace notes, here and there, these below will get the job done.

1. White walls
Like everyone else, Parisian apartments are hugely impacted by their environments — which means that sunlight is always at a premium. (We’re so far north that we’re equivalent with Nova Scotia, not New York.) During the winter, the sun doesn’t rise until after 9 a.m. — and from November through March, gray skies are the norm. That means a preference for light-reflecting white walls, just like you’ll see in Scandinavia. Seen above: An apartment in the Marais 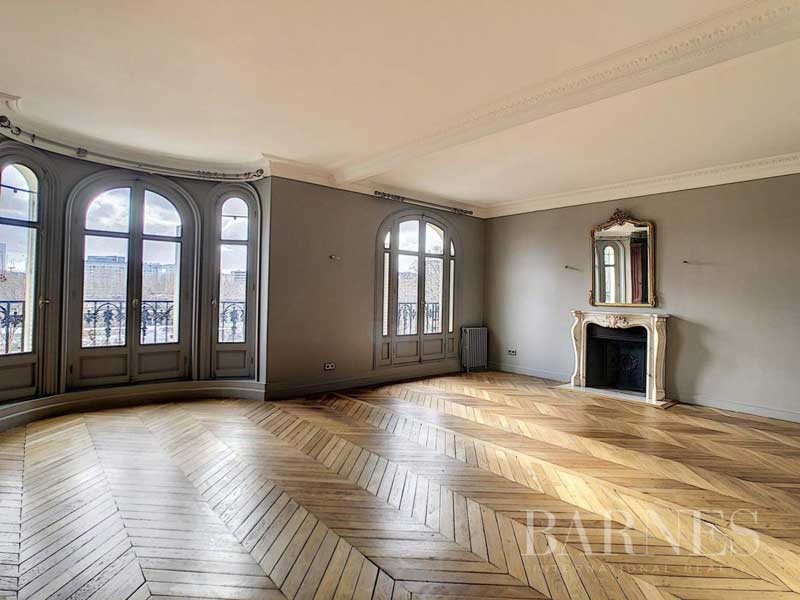 2. Hardwood floors
I don’t think I’ve ever been in a French apartment without hardwood floors — the older the better. There’s nothing — nothing! — more beautiful in the world of Parisian interiors than wood parquet floors. These can be hard to replicate on anything like a budget, but there are DIYs all over the internet. Seen here: an apartment in the 16th 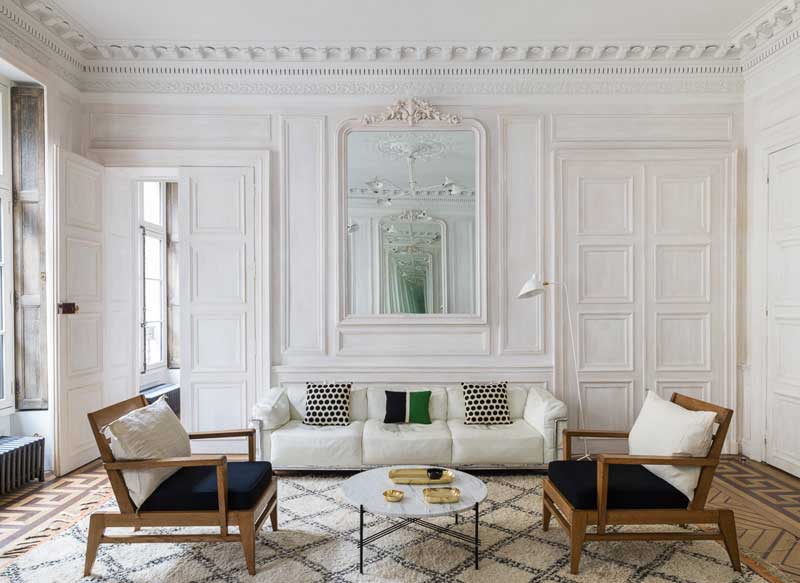 3. Moldings
Castle-chic! Nothing says “royal interiors” (uh this may or may not be your intended look???) like moldings — even better if they’re all in a single color. I always thought moldings were something you either had or didn’t have — a “bones of the space” kind of thing — but turns out you can get them at Home Depot. Who knew?? Pas moi. Here’s more info on the different types from Bob Vila. 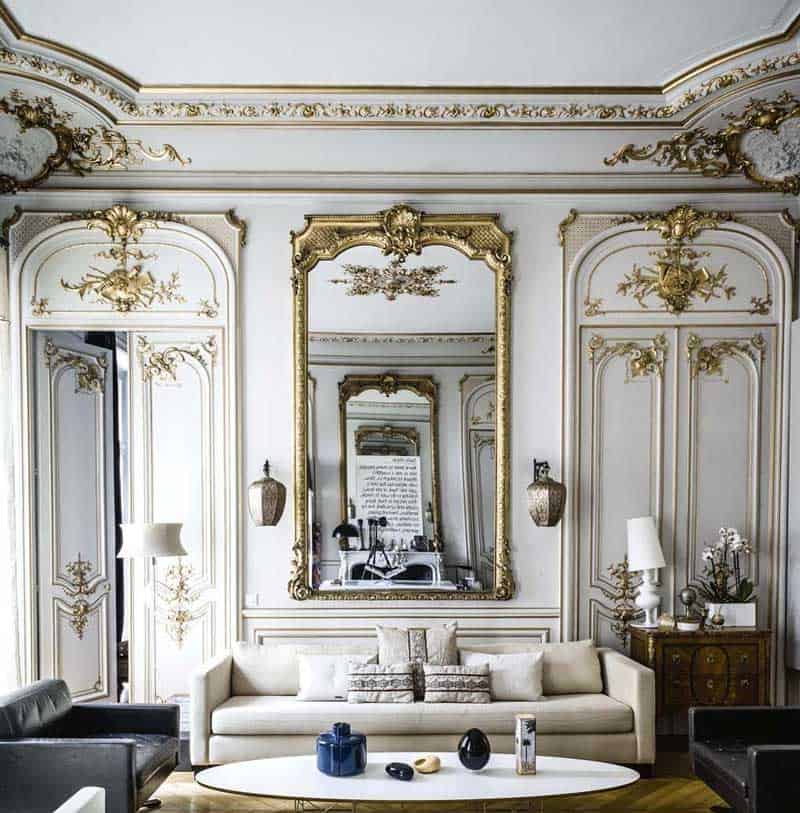 4. Grand mirror
So — here’s an example of some flashier moldings, but that’s actually not why we’re looking at this image. Forget the moldings (I love them but forget them) — we’re looking at that huge antique mirror. If you don’t feel like heading to Paris for a full range of options at the Clignancourt flea markets, a platform like 1st Dibs offers plenty — like those seen here. (I searched for French antique mirrors from through the 19th century.) 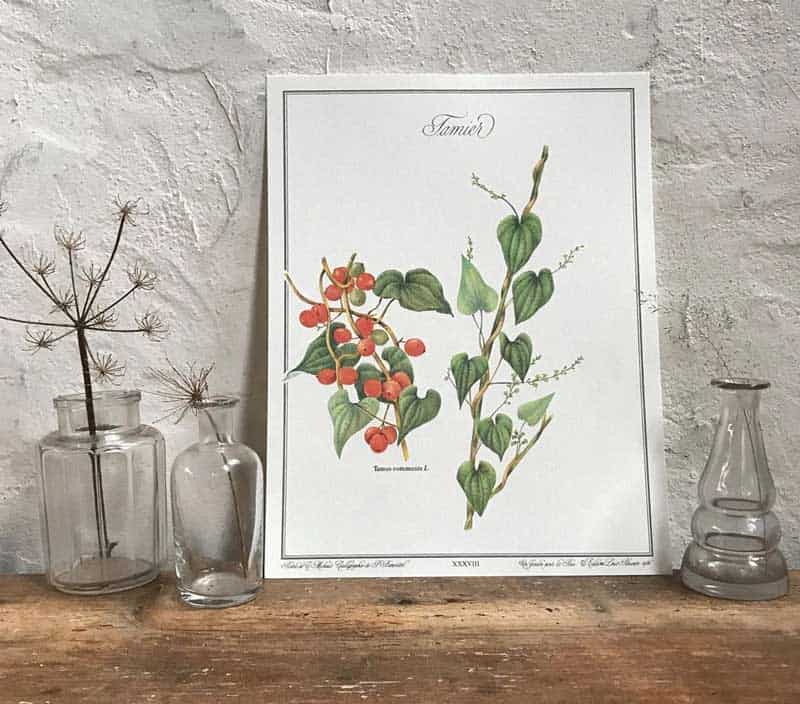 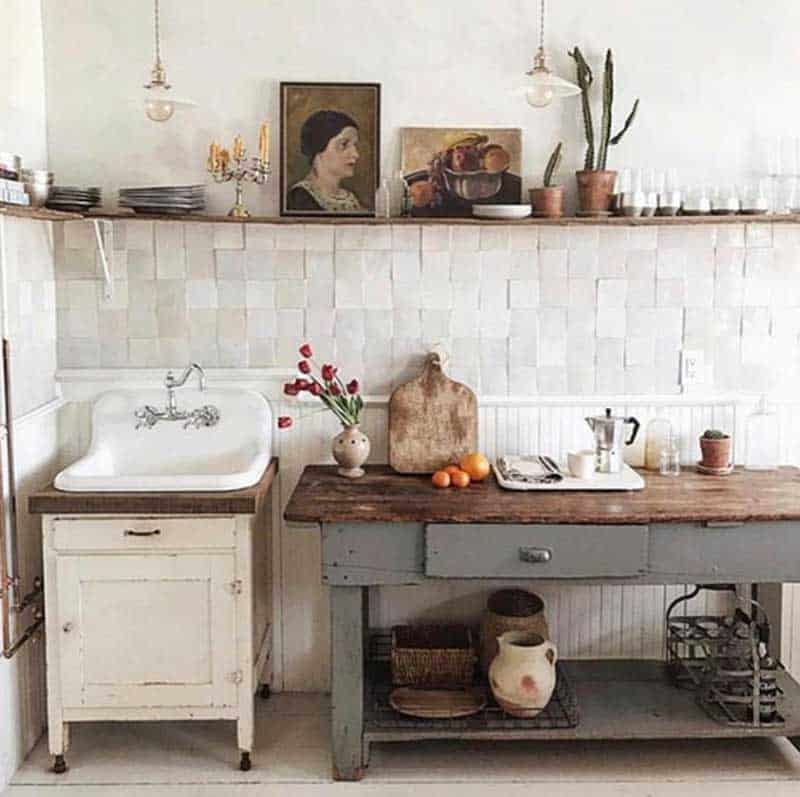 6. Vintage portraits
Nothing classes up a joint faster than a vintage portrait — it’s basically the royal treatment. And even if the artist is unknown (or the painting unsigned) rather than, say, Goya painting the Spanish royal family, original art is a fantastic way to add character to a space. (And a Parisian vibe to any apartment.) I love the selection at Selency, though the sellers in France aren’t always (or usually) willing to ship to the U.S. — otherwise, Etsy has a great range, though it’s often much more expensive than Selency. 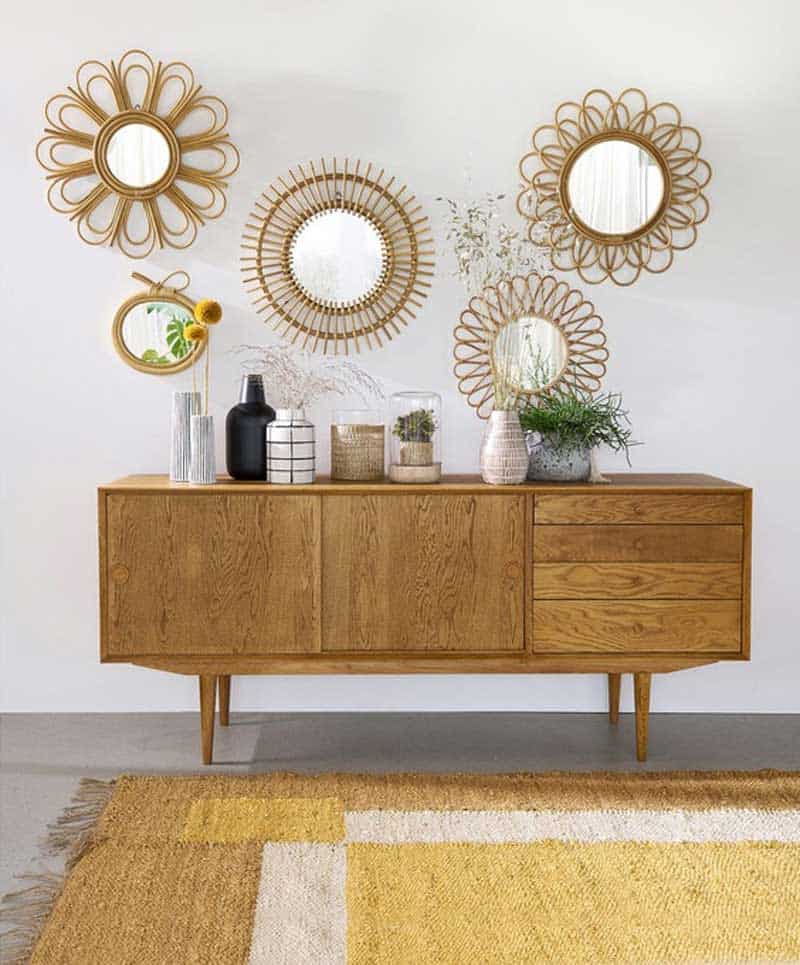 7. Rattan
Here, it cross-pollinates with the whole Jungalow look, but in France, rattan from the ’70s — a.k.a. rotin — was commonly used for chairs, mirrors, shelving, and more. For mirrors, the new ones can be a little cheesy; be sure you get a vintage one, but equally be sure that all the bits aren’t damaged. On Etsy, it can help to search for the French keywords (“miroir rotin”) as they often will ship to the U.S. and the prices are often equivalent to those in the U.S., even with shipping included. I also love rattan in vintage bookshelves and planters — and for those asking “How can I decorate my home like a Parisian specifically in the 1970s?”, here’s your shortcut.