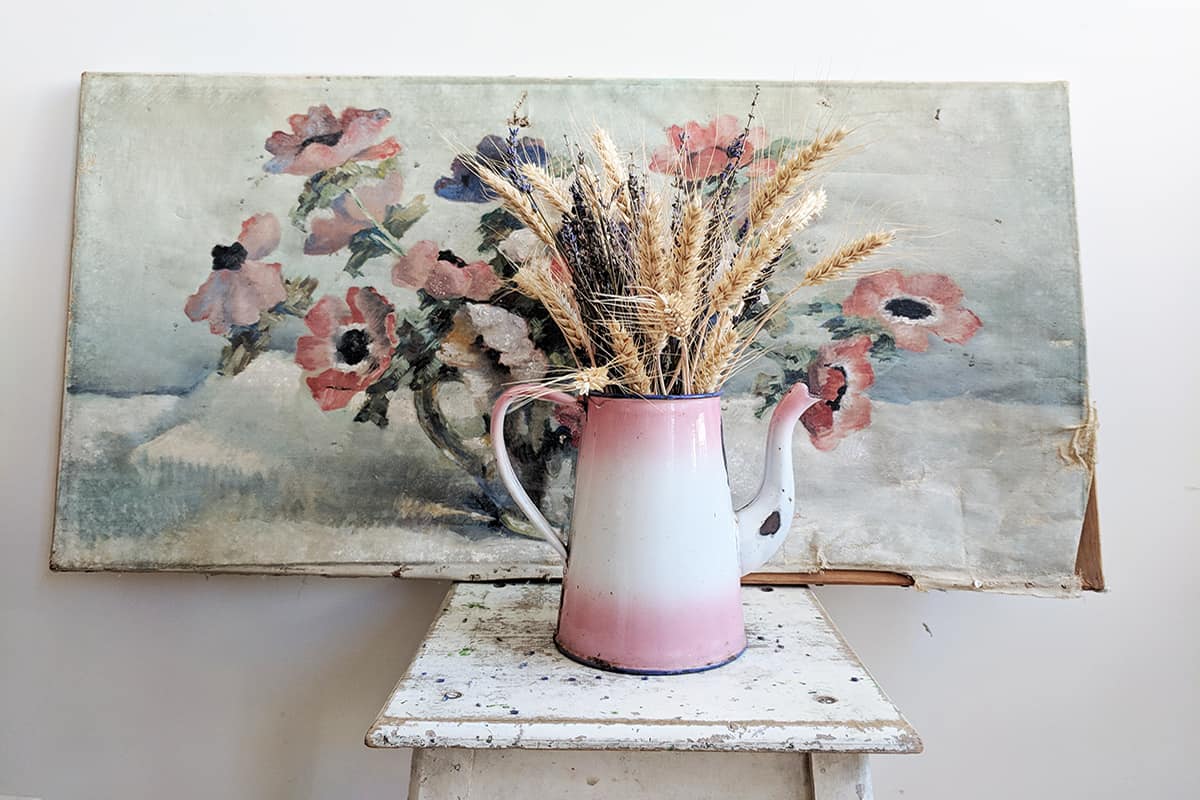 It’s welcoming, cheerful, and homey. And it’s not that hard to pull off, if you know how to get there. One cheap, easy, and beautiful way? French enamelware.

I’m obsessed with enamelware, which was what the French (and many other Europeans) used as a kitchen staple from the late 19th century until the mid-20th. You made coffee in it, or tea, or used it to carry candles, or hold water, or perform a raft of medical duties I don’t need to get into right now, or keep the soap from melting into the sink. Enamelware did it all.

Like so many other things, durable, eco-friendly-ish enamelware was phrased out in favor of plastic garbage. (Also, enamel can rust.)

We mostly call it graniteware in the U.S., but graniteware looks different: the colors are usually brighter, and they’re lighter. (The heavier the piece, generally the older it is.)

You can slide enamelware into basically any country-style space, especially in the kitchen — where, of course, enamelware is naturally most at home. I don’t recommend using them for eating or drinking, but if you stick some flowers in them, they’re hard to beat.

There are all kinds of books about it if you want to know more, or get a real range of what’s available — like this one, Antique Enameled Ware: American & European — which pretty much all have a strong Antiques Roadshow vibe. Personally, when I’m looking for it, I go to flea markets first (in Europe — it’s hard to find at home!), then Etsy, then eBay (in prices from lowest to highest.) While we’re here, this is my list of the best five flea markets in France — all once or twice a year events that truly are worth flying for.

And of course: Why not check my Etsy store first! Or maybe just follow along with my Instagram, which is about 80 percent enamelware and other French country kitchen wares!

Here are five different ways to do it: 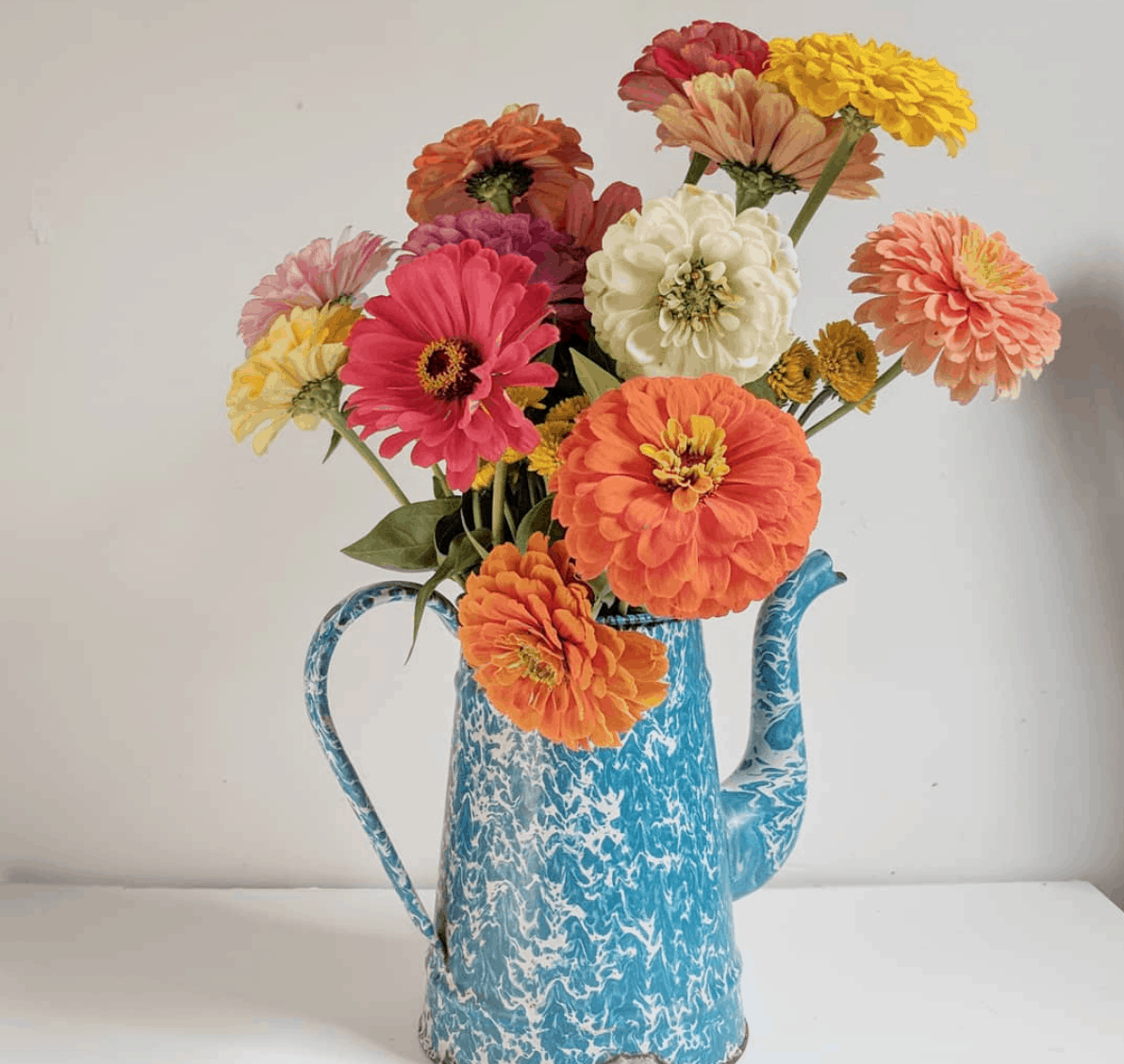 Enamelware coffee pots — called cafétières — come mostly in white, but you’ll see them in all sorts of colors. Pink is super-hard to find, but it’s out there. I love these ombré-style designs, which usually involve white and one other color. Fast fact: I never put water directly in the enamelware — instead I’ll put a glass in there with water for the flowers. It keeps the enamel from rusting, and it also means that it doesn’t matter if there’s a hole in the bottom, as there often is.

See more from my shop. 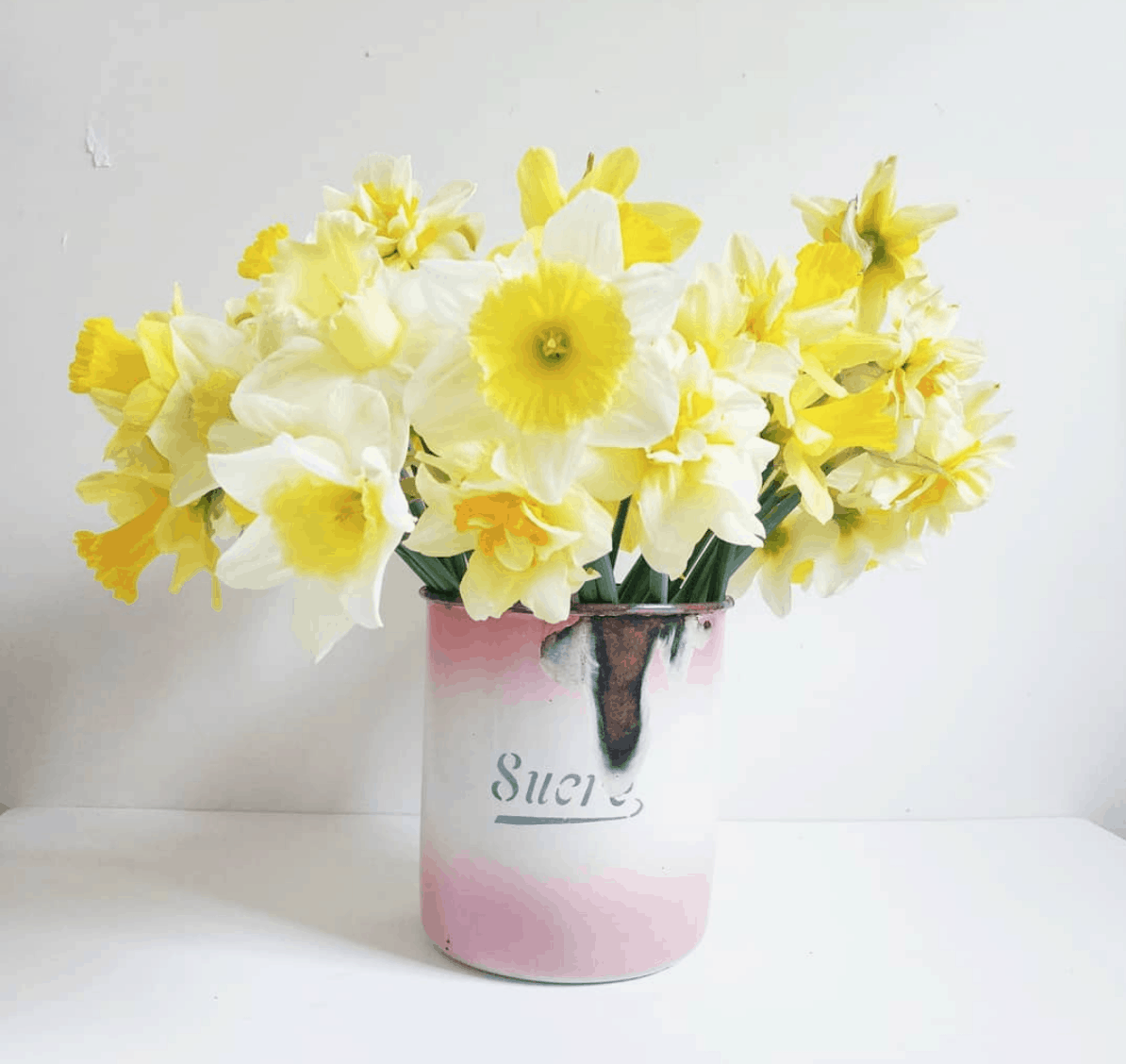 Spice pots! These little pots stored — you guessed it — all sorts of kitchen staples, from sugar to flour to tea and pepper and coffee and everything else. They’re often sold in sets of perhaps five or six (sometimes more), though over time the sets have been broken up and now you’ll see them sold individually or in pairs. I use them for flowers, and I have a million of them in my apartment full of pens and scissors and various craft tools.

See more from my shop. 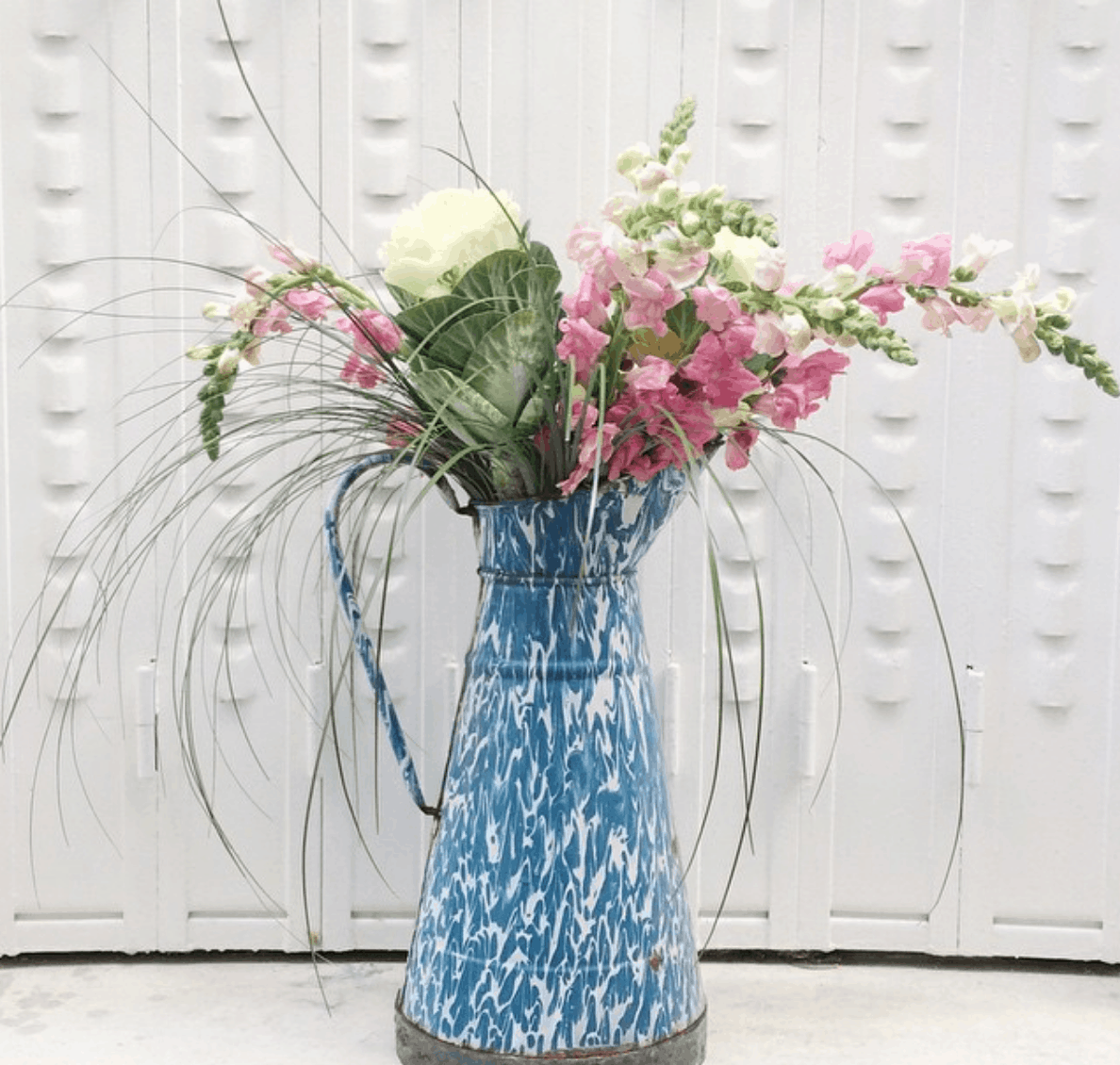 Enamel water jugs are ginormous (usually about 15″) and literally made for big floral presentations. Well, not literally; they were made, as the name suggests, for water. But they’re perfect for big tall flowers, especially those that splay out a bit. See how the grass here gets a little swoopy? That’s what you want. 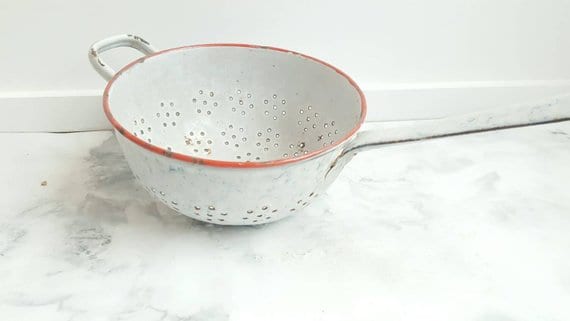 Colanders — they’re called passoires in French — pack a lot of style into a small item. I like the more old-style ones like this one, with the red tipping and the handle. 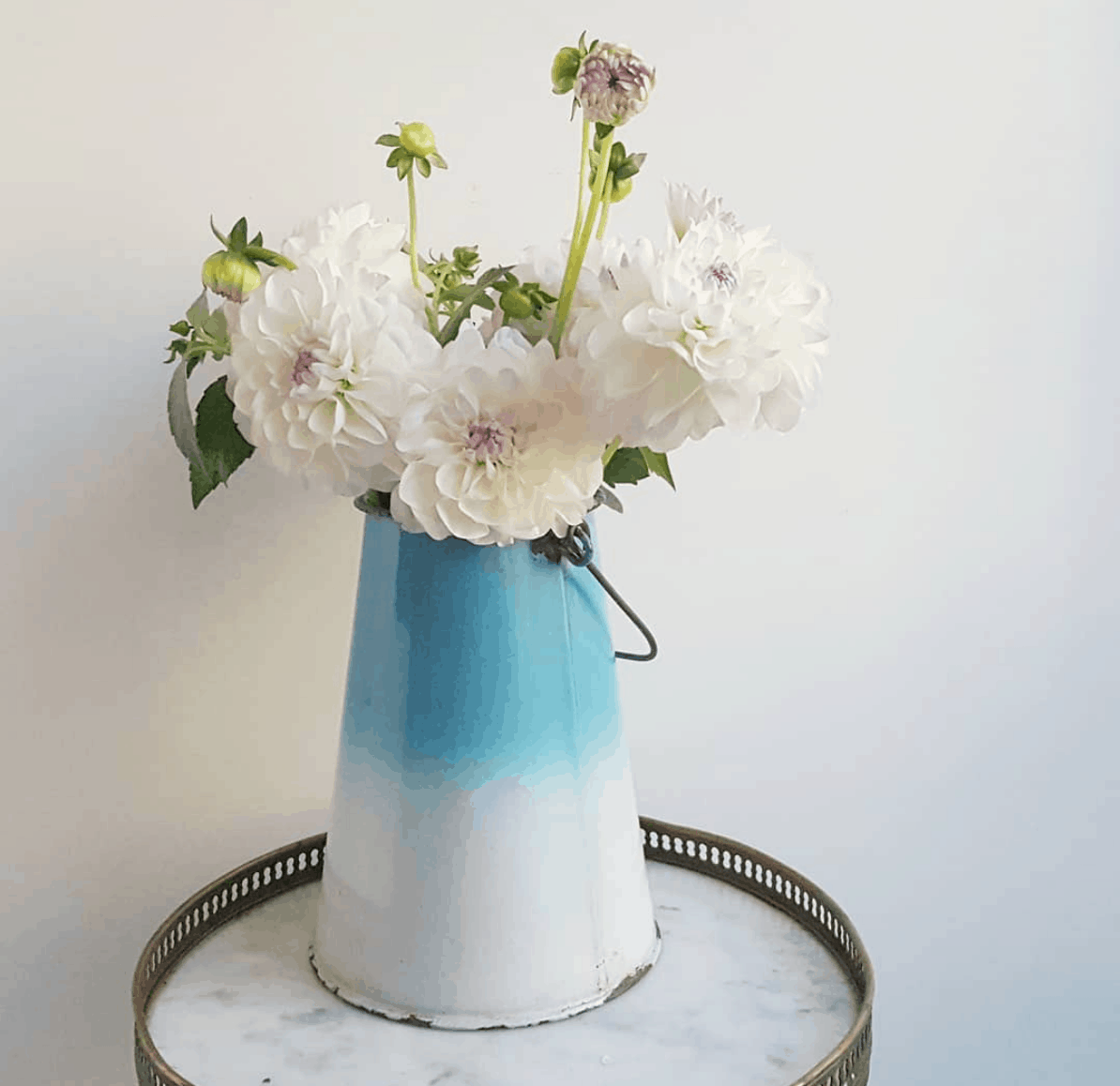 And the pot à lait – the milk pail. These are cylindrical and taper to the top, which means I also prefer a swoopy plant here — otherwise everything converges at the top and it looks too pointed.

Here, with these dahlias, I made a criss-cross pattern with their stems at the bottom — a lattice so I could point them out slightly in different directions. 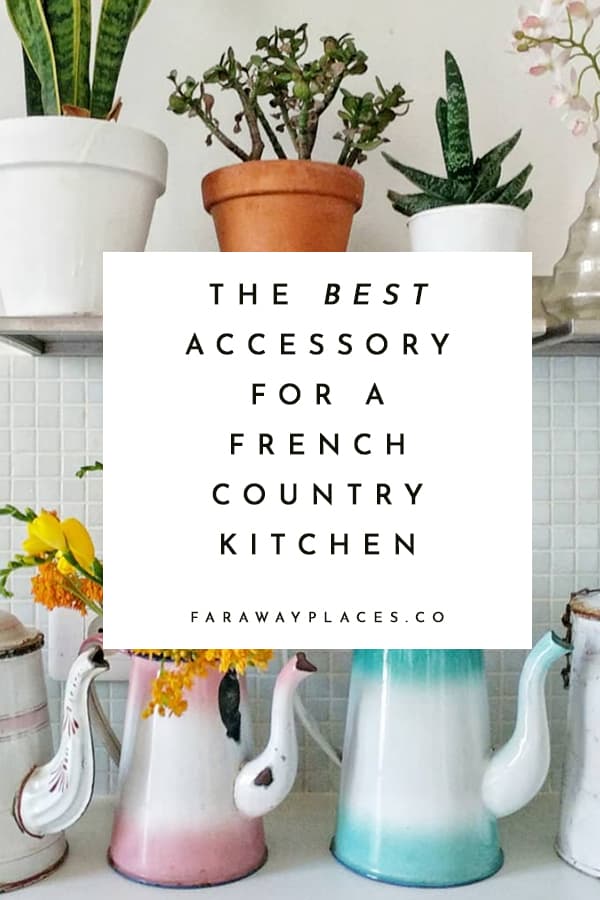 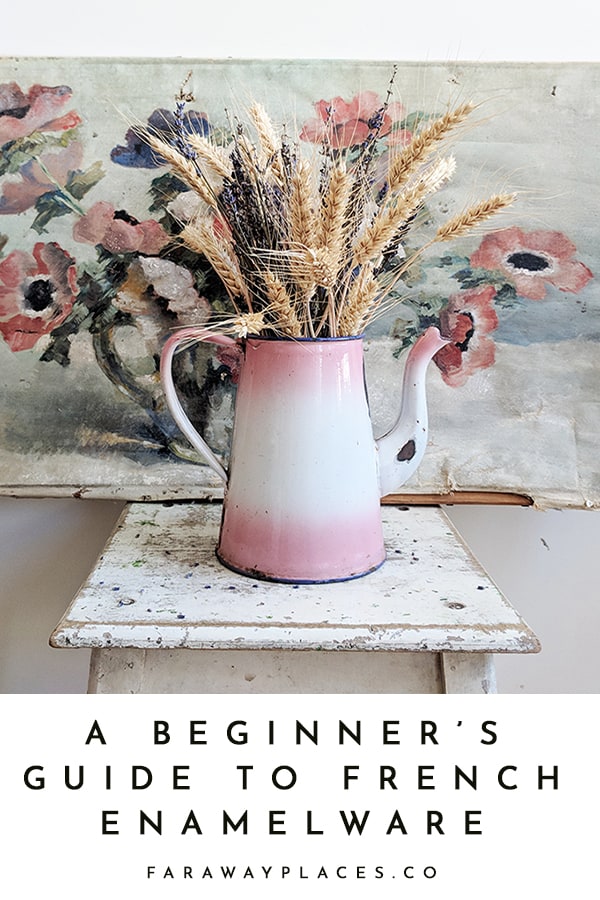 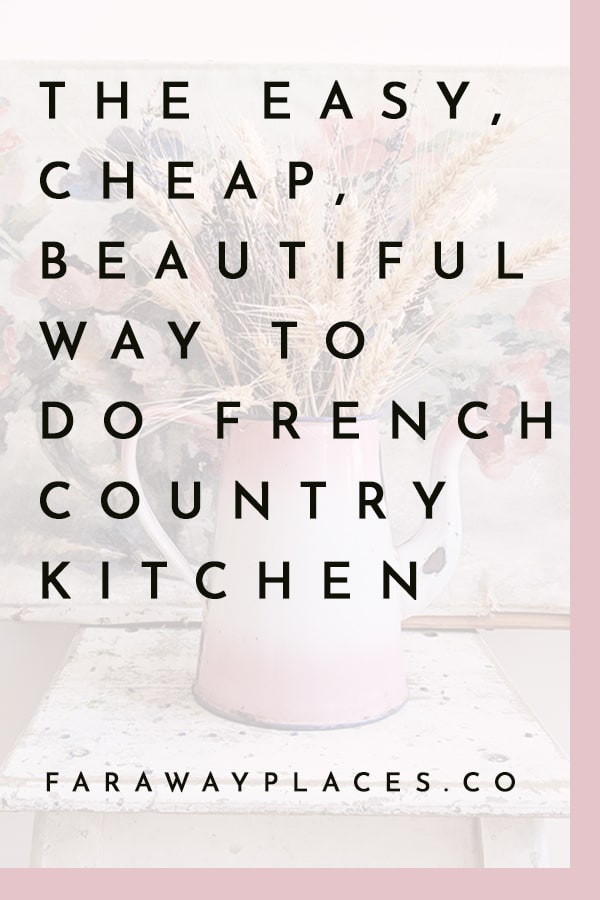