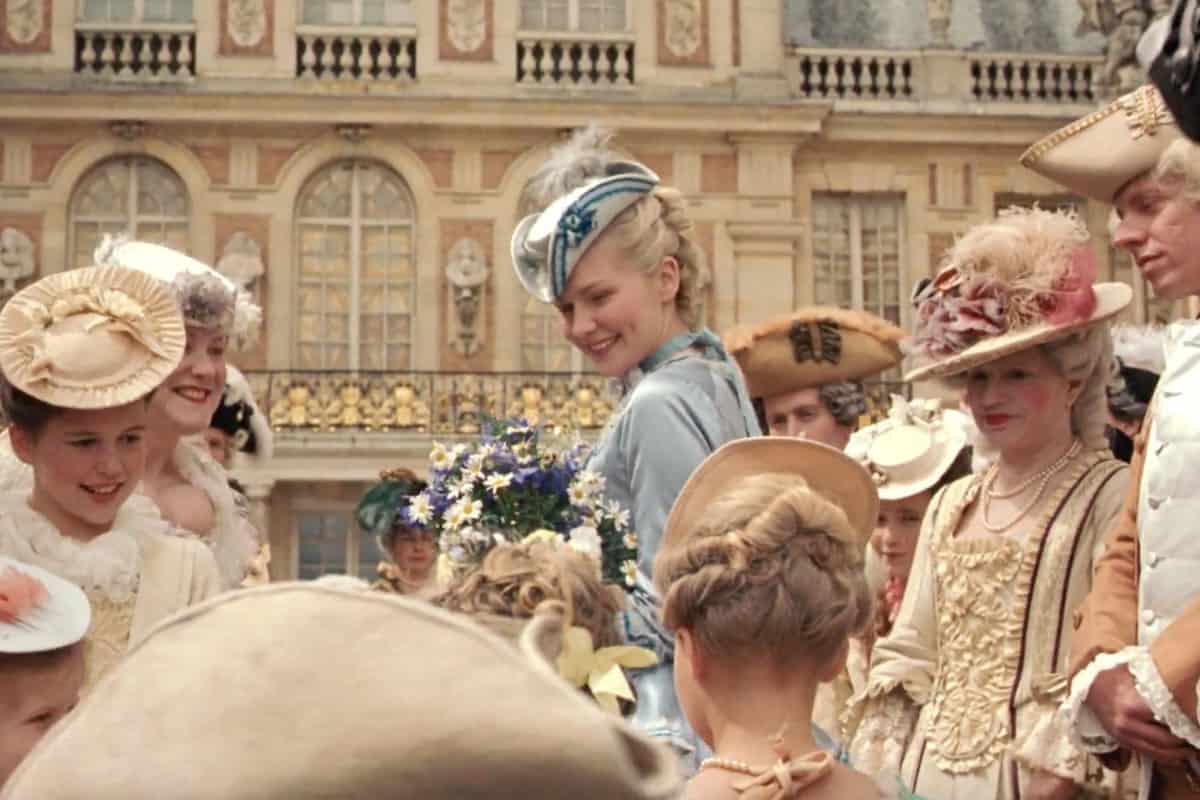 Most of the giant bouquets seen early in the movie are in the background, and they’re used the same way that such rich displays are used in luxury hotels or homes: as a display of wealth. Boring! These mirror, of course, Marie Antoinette’s stressful life in the palace: When you can’t get changed from your nightgown into your regular palace clothes on your own, you know you have a problem.

Unsurprisingly, the quality of the flowers in the movie changes as Marie Antoinette’s life changes — specifically, when she takes up residence in the Petit Trianon, the junior-palace given to her by her husband, Louis XVI, as her own private space. One of the first images we see of the Petit Trianon is Marie Antoinette opening the window to a tree bearing flowering branches. This is only a hint of the natural world to come, with long afternoons spent among the wildflowers and natural gardens.

See above? That’s Marie Antoinette when she’s still mostly Austrian, arriving at Versailles to carry a bouquet of daisies. Basically the whole movie is how she goes from daisies to peonies and then back to daisies. 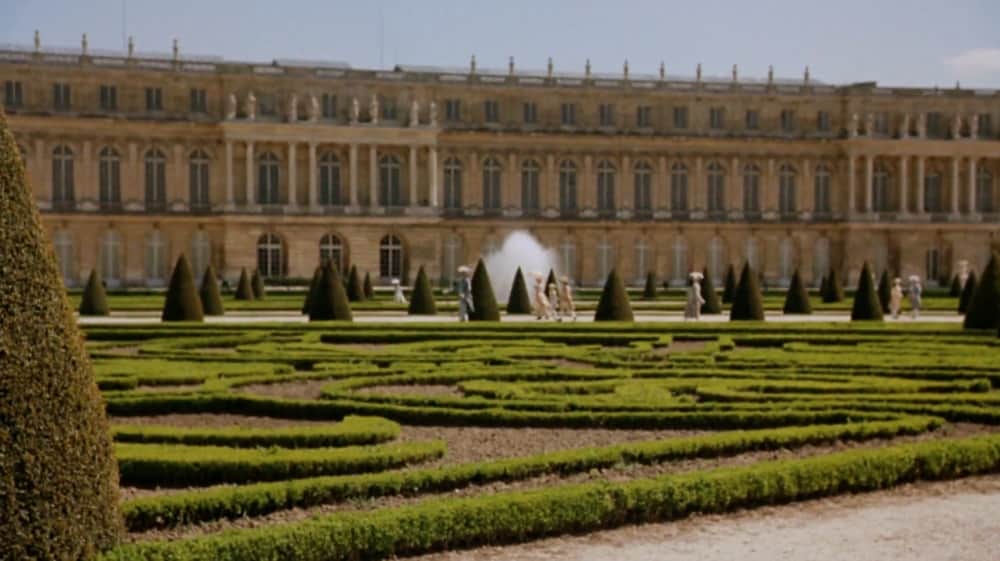 So this is where we begin the story, and it is Versailles, and it is bad (unless you’re going to visit the castle, in which case — it’s gorgeous, but expect crowds.) 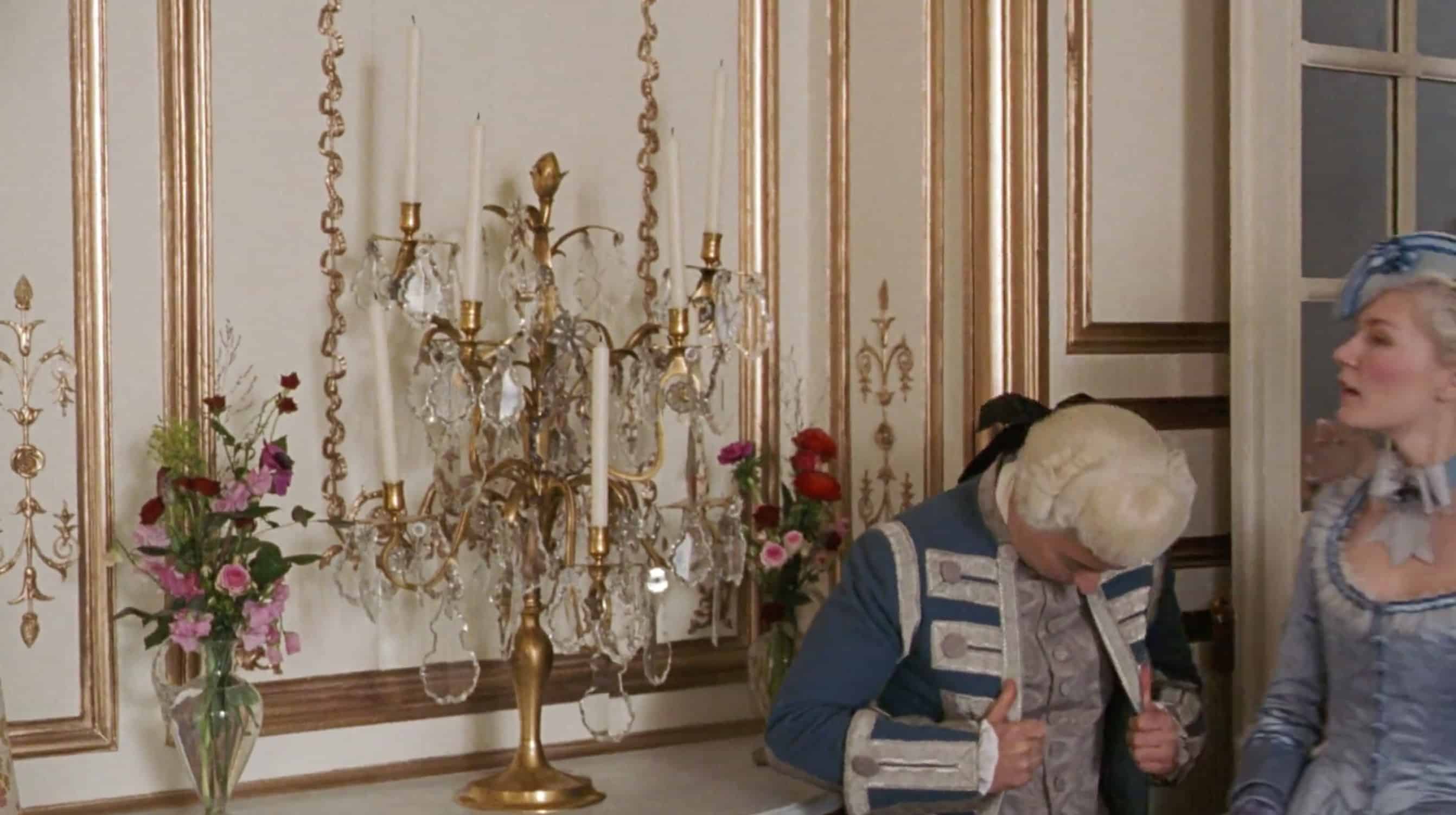 That’s one of the smaller, less ostentatious arrangements. 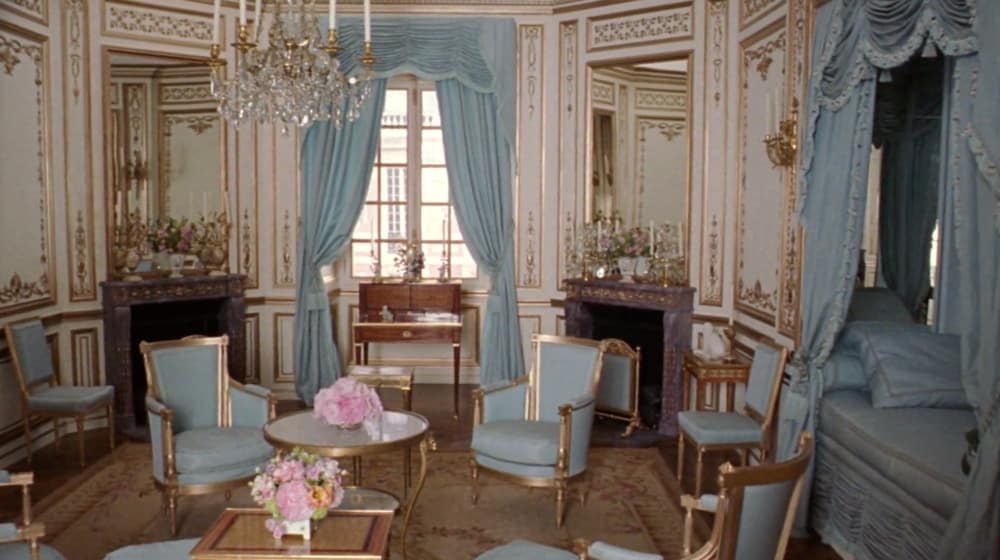 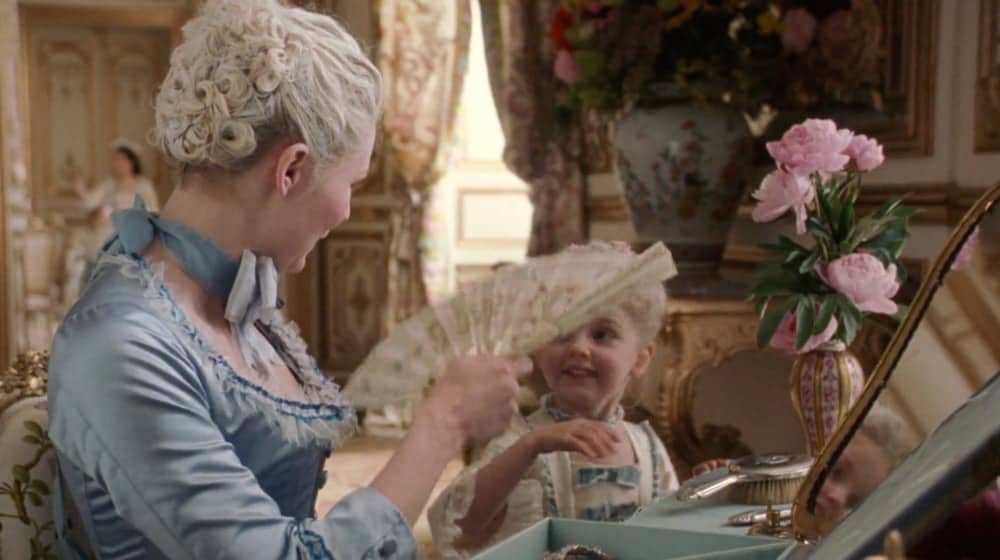 Another of the smaller bouquets. 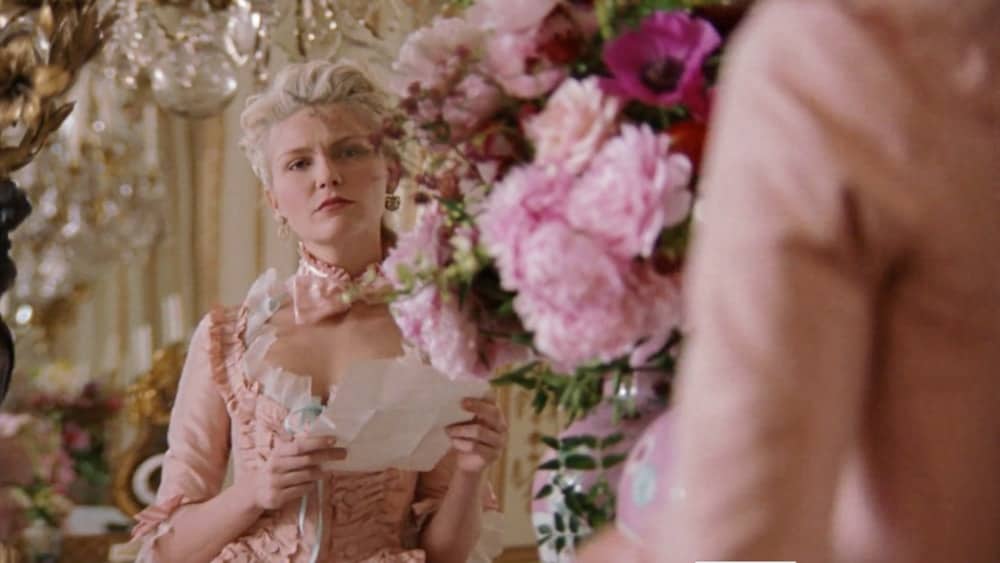 And one of the bigger ones. Forget the budget for flowers at the palace — can you imagine how much they spent on flowers for the movie? 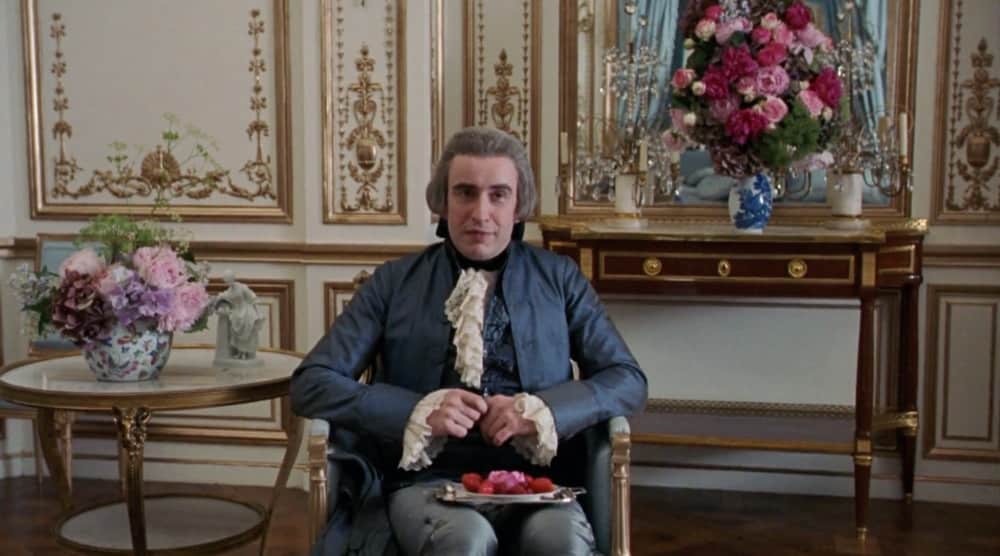 More of the same, plus Steve Coogan, who is so great in his role as Austria’s ambassador to France/Marie Antoinette’s therapist. 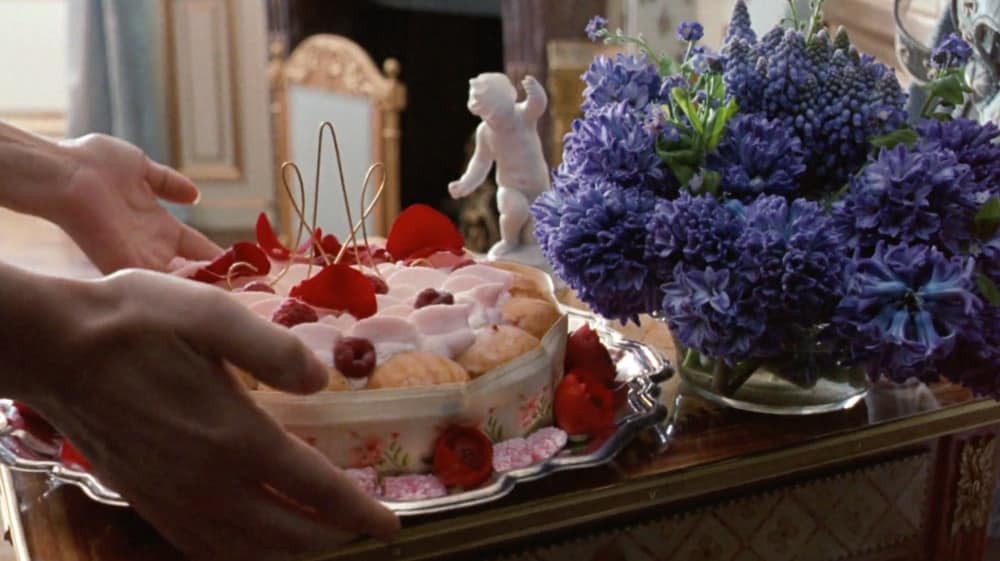 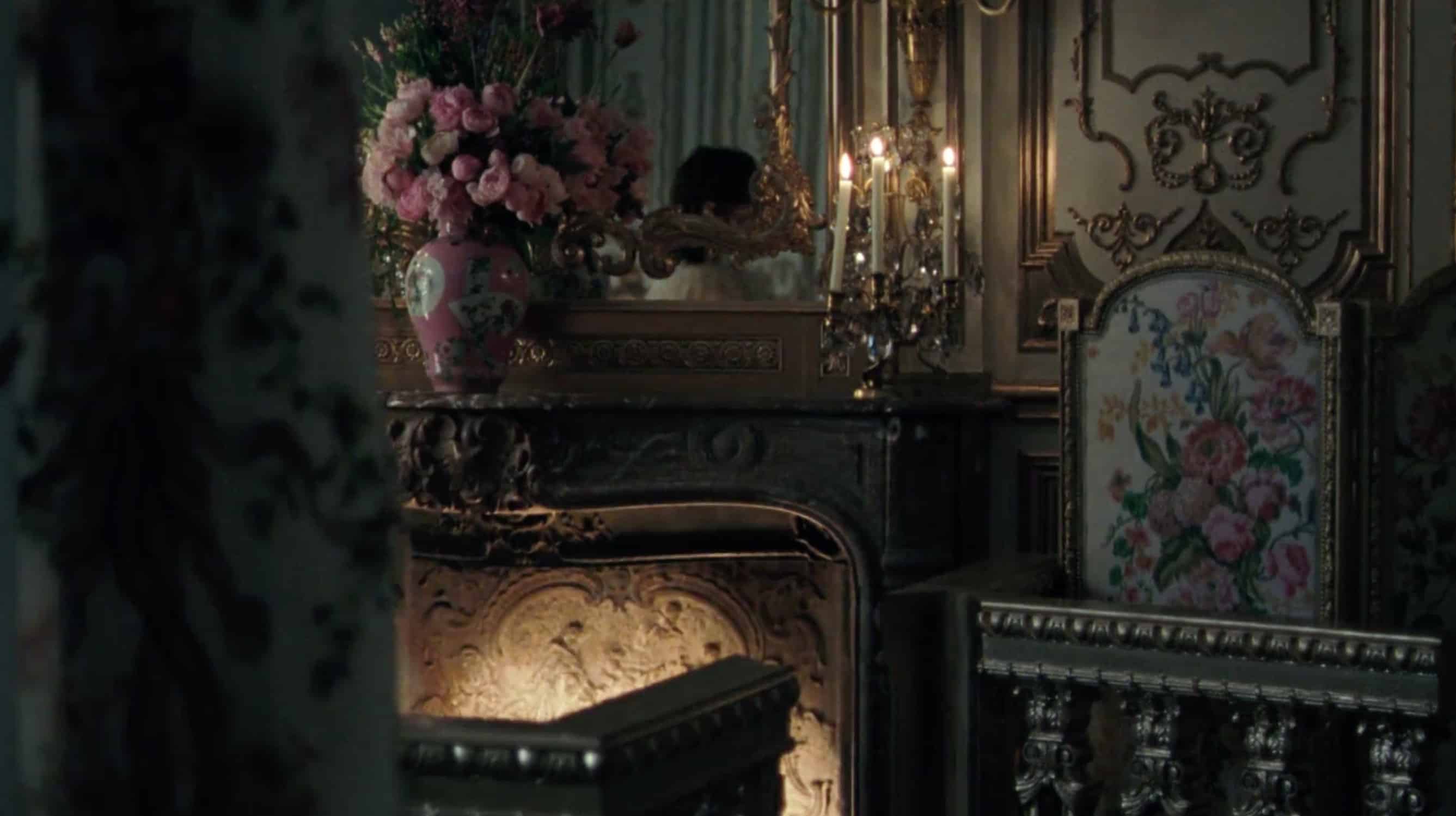 Another of these giant arrangements in the background. 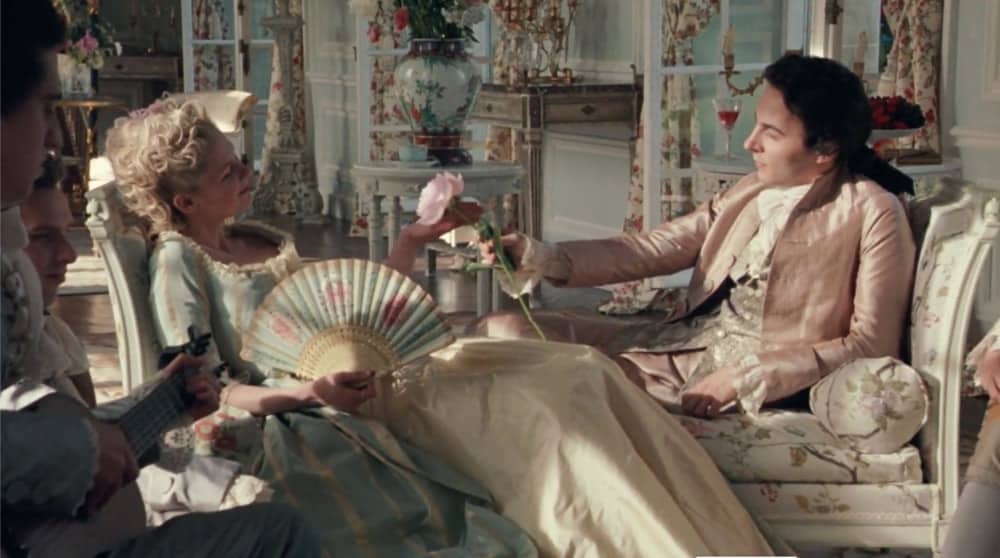 A single flower offered to Marie Antoinette in her new home at the Petit Trianon. 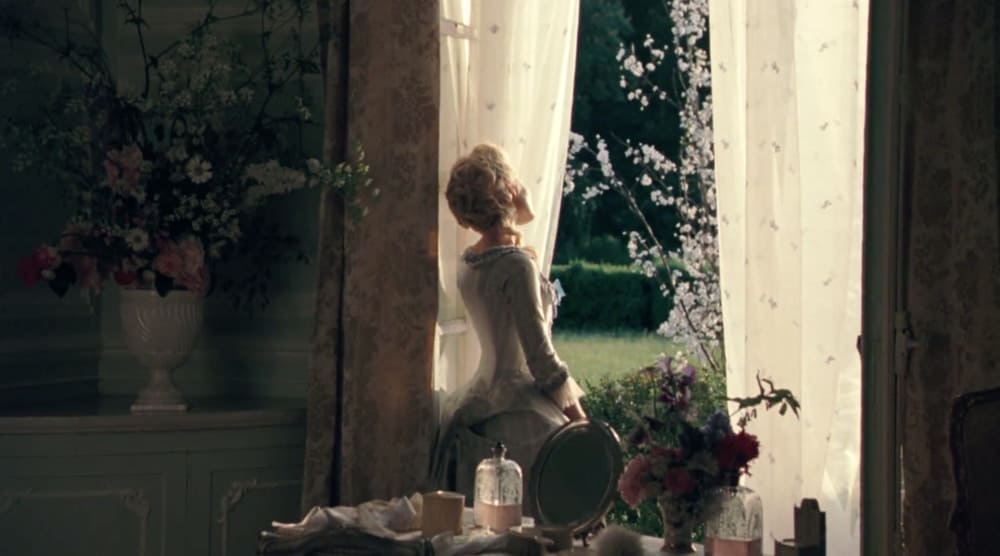 So I mentioned those flowering branches, right? 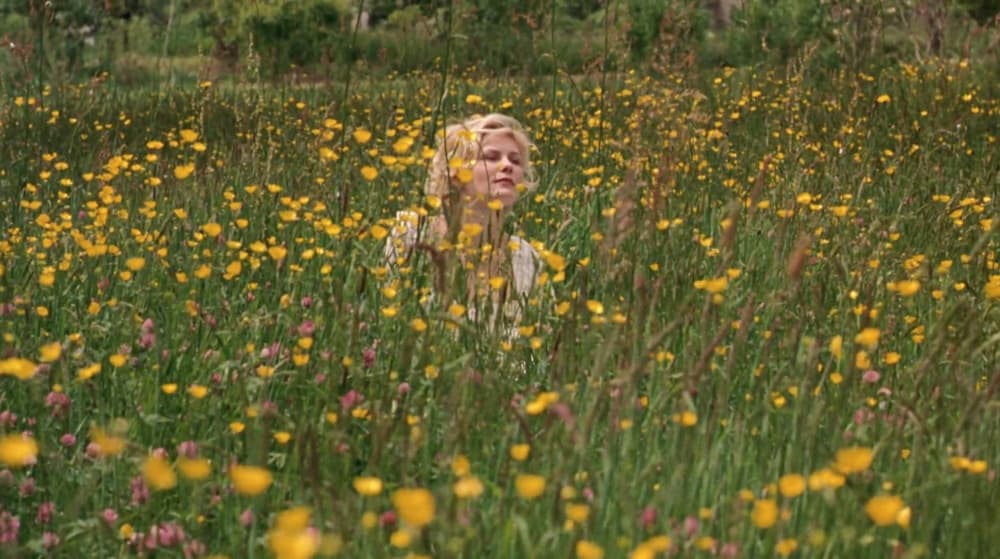 Now she is returned to her safe space: buttercups and grasses. 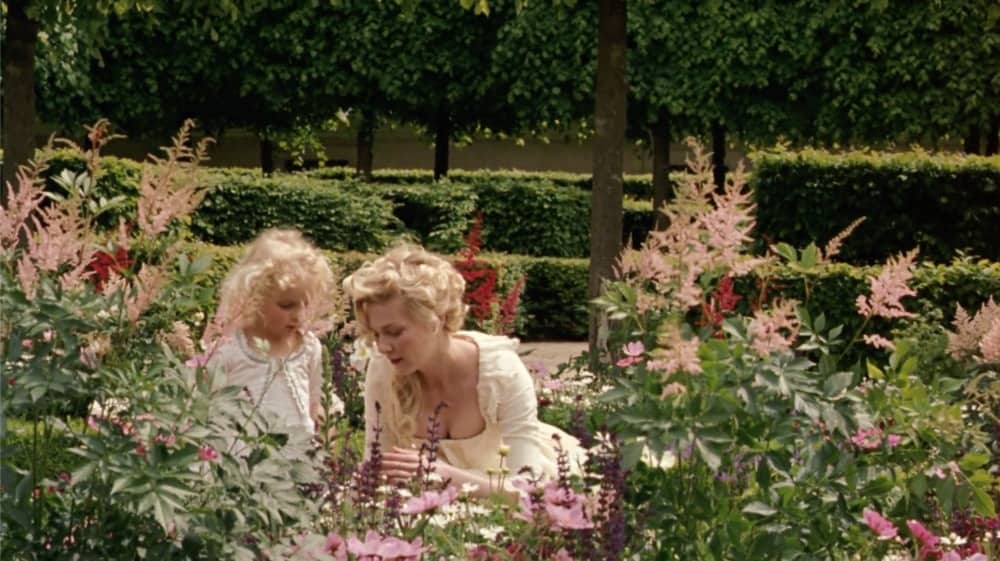 And here, if only it had ended so simply: Marie Antoinette and Marie Therese, looking for les petites abeilles.