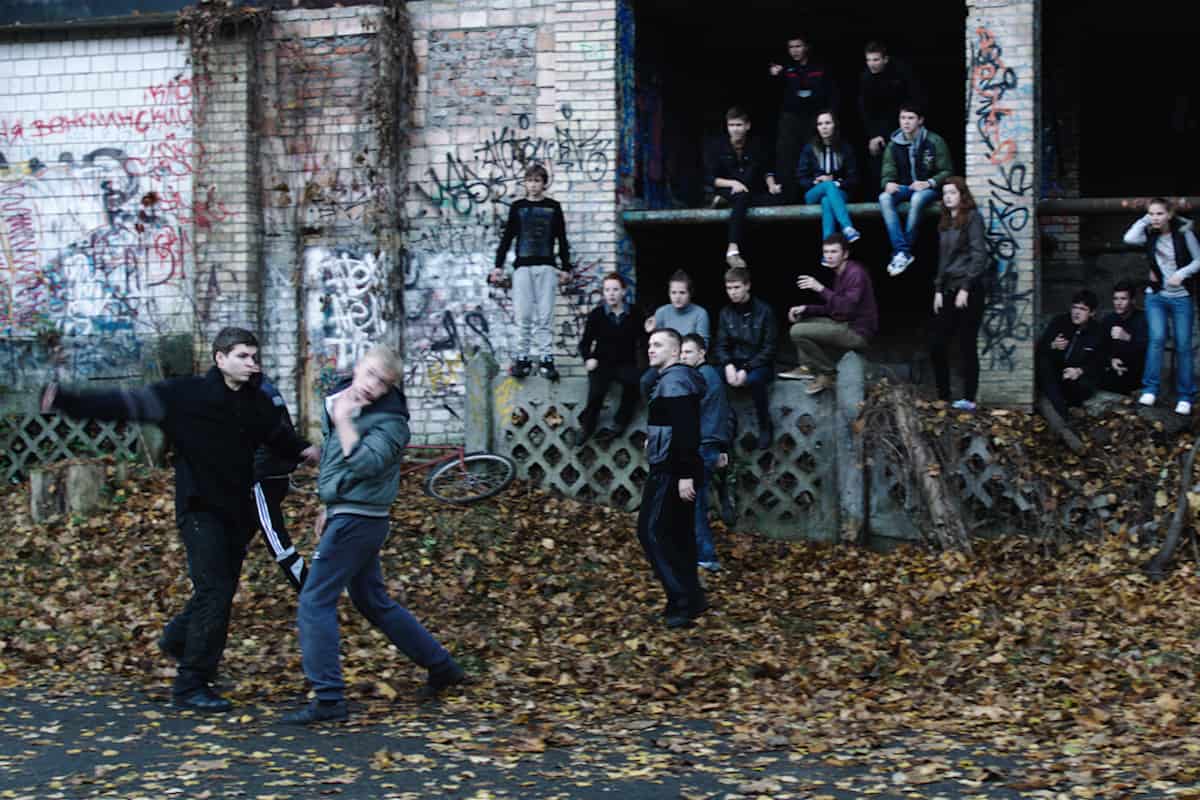 If there’s a single line of spoken dialogue in The Tribe, I don’t remember it: We are in the world of the tribe, a snowier version of whichever island was visited by Piggy, Ralph and the rest in Lord of the Flies. The difference here is that the setting is Ukrainian — the film was shot, if not explicitly set, in Kiev — and the schoolboys are deaf. The film seems in no meaningful way about deafness per se, but it is both interesting and informative to observe how the deaf actors communicate with each other: the back-slaps and jostling and demands for attention. (When you can’t scream, you push.) Watch as well during the melée scene, the busy activity in the background as the crowd of extras communicate their observations with their hands: There’s something uncanny about the physical makeup of the scene until you realize that the pale fluttering in the background is the movement of the actors’ hands.