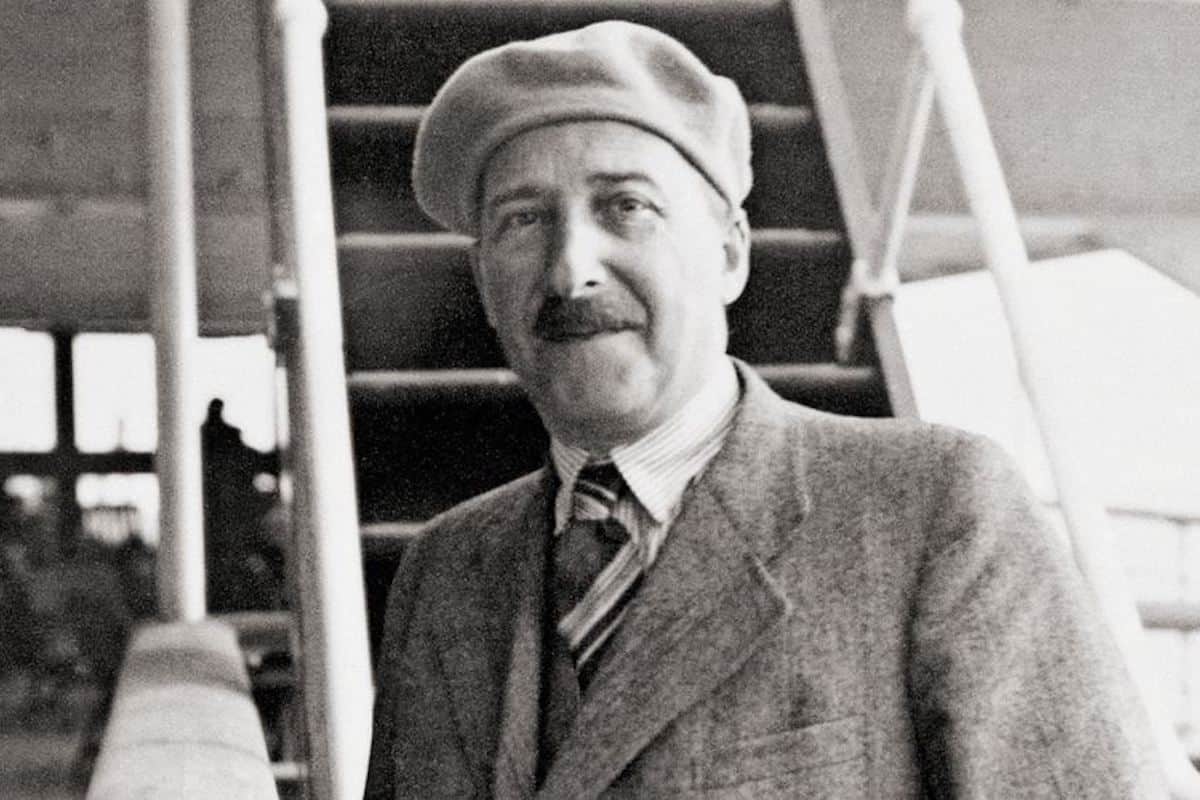 The World of Yesterday by Stefan Zweig: The End of Everything

Bereft of an adjective to describe the experience of reading Stefan Zweig’s memoir and manifesto, The World of Yesterday, I looked up the definition of “uncanny”: “strange or mysterious, especially in an unsettling way.” That is the one that fits.

Read before November 2016, The World of Yesterday would be intermittently involving, occasionally fascinating, often tedious, at least for this reader. (I found myself in the habit of discovering paragraphs and sentences of startling beauty, amongst gossip, and bragging, and name-dropping, and blather.) Read now, it is terrifying in a particular way. Watching a house burn down is sad. Watching your own house burn down is horrifying. Watching a house that seems to resemble your own, in so many unexpected ways — that is uncanny.

Once the most-translated author in Europe, Zweig’s life began in the cradle of the Hapsburg monarchy: “We lived well, we lived with light hearts and minds at ease in old Vienna, and the Germans to the north looked down with some annoyance and scorn at us, their neighbors on the Danube who, instead of being capable and efficient like them and observing strict principles of order, indulged themselves, ate well, enjoyed parties and the theater, and made excellent music on those occasions. Instead of cultivating German efficiency, which finally embittered and destroyed the lives of all other peoples, we Viennese loved to chat at our ease; we liked pleasant social gatherings, and in a kindly and perhaps lax spirit of concord, we let all have their share without grudging it.”

An unchallenging education is followed by fitful study at university in Berlin, and then by a life of ease and freedom in Paris, perhaps the book’s most rapturous section: “I could tell that any young man who had spent a year there would be left with incomparably happy memories for the rest of his life. Nowhere but in Paris did you feel so strongly, with all your senses aroused, that your own youth was as one with the atmosphere around you. … You walked, talked, and slept with whoever you liked, regardless of what anyone else thought.” These were, of course, very happy days: “I never loved our old world more than in those last years before the First World War; I never hoped more for a united Europe; I never believed more in its future than at that time when we thought there was a new dawn in sight.”

When it came — not dawn but war — it caught Zweig, and most everyone else, unaware: He was reading a book about Russian literature in a park in the German spa town of Baden when a village band suddenly stopped playing: a telegram announcing the assassination of Franz Ferdinand had been received. A month later, visiting friends in Belgium, Zweig tells his company he would “hang myself from this lamppost” if the Germans invaded. He soon observed — and what an unsettling sight this must have been — “freight train after freight train coming toward us, with open trucks covered by tarpaulins under which I thought I saw the menacing shapes of cannon: This must be the vanguard of the German army.”

He is forced to return home, to Austria, where he works in the War Archives and watches Europe blow itself to bits. We see, in fine detail, the cost of war not on the usual toll-payers — soldiers, dead above the trenches — but in a curious way, on the country itself: “We were told from the neat, clean Swiss carriages into their Austrian counterparts. You only had to set eyes on those carriages to know in advance what had become of the country. The conductors showing us to our seats looked thin, hungry, and shabbily clothed. Their worn-out uniforms hung loose on their stooped shoulders. The leather straps for pulling the windows up and down had been cut off; every scrap of leather was valuable. Bayonets or sharp knives had been hacking at the seats as well, and whole chunks of upholstery had been ruthlessly cut away by some unscrupulous person who, anxious to get his shoes mended, was carrying off any leather he could find. The ashtrays had been stolen as well for their small nickel and copper content….”

Twenty years later, the situation more or less repeats itself — only this time, by dint of his religion at birth, he is persona non grata, his books burned, and he flees, first to England, then to America, and finally to Brazil, where, in 1942, he and his second wife kill themselves together. I cannot imagine the spirit’s oppression, of life in exile, while your home burns to the ground, while people who share your religion are murdered in the millions. Who could?

At top I describe this book as a “memoir and a manifesto,” but it is much more the second than the first: When Zweig mentions his first wife, it is almost parenthetically; the primary passion of his fiction — overripe passion itself — is almost entirely absent here, unless it is in his love for Europe itself. This book is too much a warning to function solely as autobiography: the admonitions of a man with a keen of intellects, who has seen the end of the world, and taken notes: “Before those wars I saw personal freedom at its zenith, after them I saw liberty at its lowest point in hundreds of years; I have been acclaimed and despised, free and not free, rich and poor. All the pale horses of the apocalypse have stormed through my life: revolution and famine, currency depreciation and terror, epidemics and emigration; I have seen great national ideologies grow before my eyes and spread, Fascism in Italy, National Socialism in Germany, Bolshevism in Russia, and above all the ultimate pestilence that has poisoned the flower of our European culture, nationalism in general.”

This is a curious time for America, and Americans, both at home and abroad, as the institutions that have defined us for centuries come under great stress. It is hard to know where we are in the application of that pressure: where we go, in fact, from here. There were many sections that made me think of us, and of now, but perhaps none more than this: of a terrible future made possible by this querulous present: “Only decades later, when the roof and walls of the building fell in on us, did we realize that the foundations had been undermined long before, and the downfall of individual freedom had begun [years before].”

For an unloving take on Zweig’s writing (“The tragedy of a great bad writer”), see here. For a more balanced consideration, see this, by one of his biographers. This is a highly interesting exploration of his life in exile. And this is a critical read on his work — though I agreed in some parts (“The pages on Vienna, Paris and especially Berlin are much to be preferred to the sanctimonious passages on Hofmannsthal, Verhaeren, Rilke, Rathenau, Rolland and Strauss…”), its viciousness had me nearly in tears for the man who lived. (One reviewer of the review: “One is tempted to ask why Hofmann chooses to dish the dirt so prolifically when a simple sentence of hatred would have sufficed.” This is an interesting response. I am glad Wes Anderson paid him tribute as M. Gustave.)

Recent books:
Norway: The Ice Palace by Tarjei VesaasPortugal: Blindness by Jose Saramago
Spain: The Infatuations by Jose Mariás
Germany: A Woman in Berlin by Anonymous

You can buy The World of Yesterday by Stefan Zweig here. 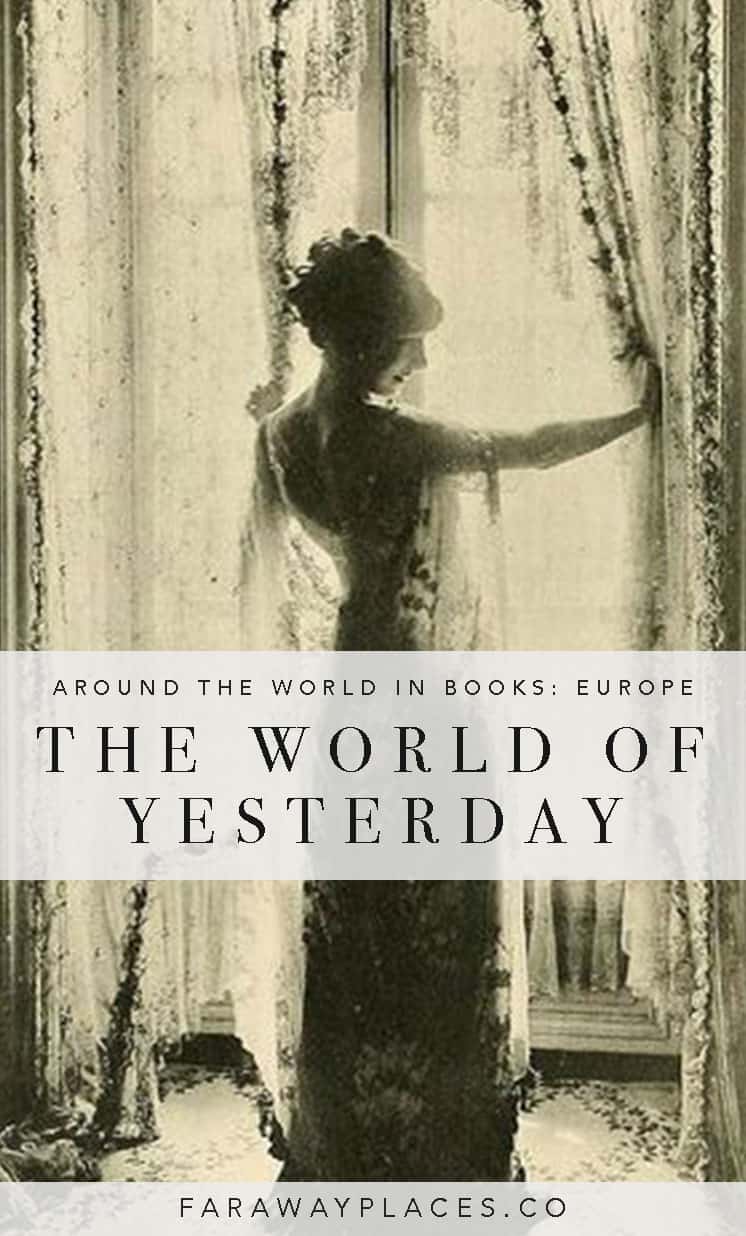