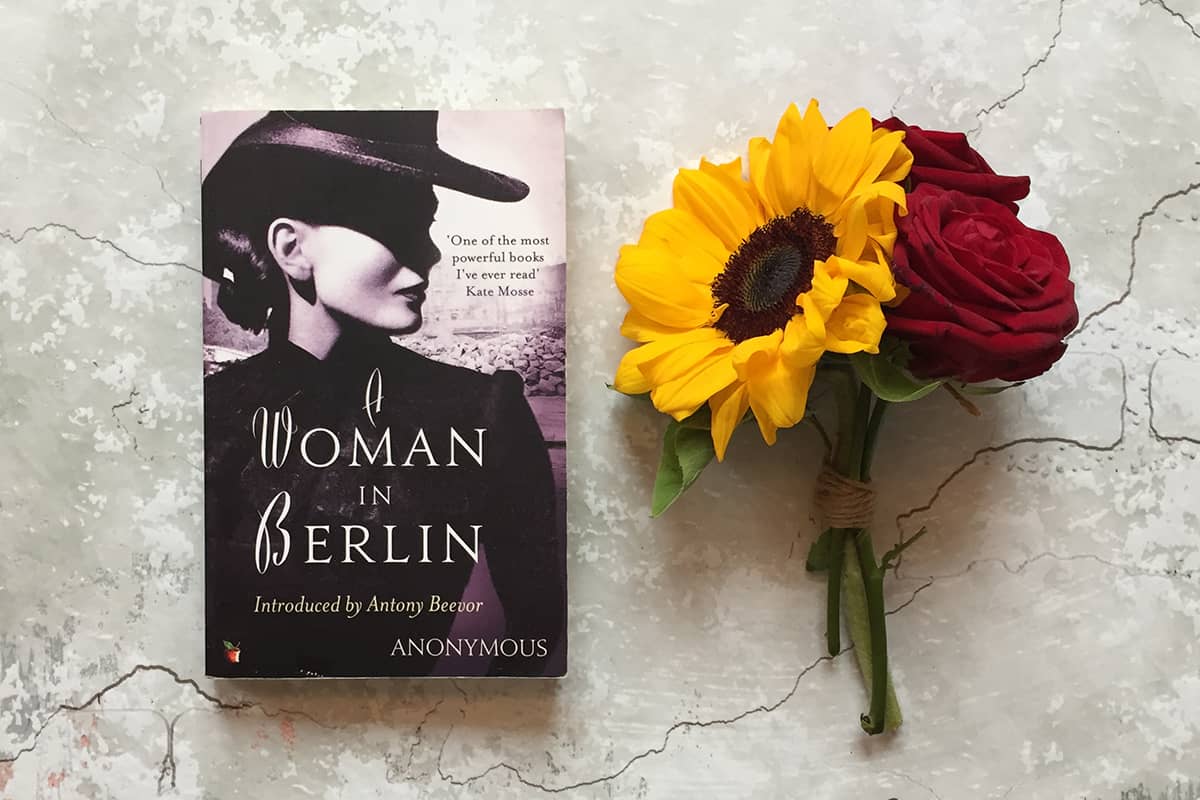 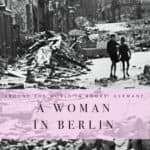 I am trying to read a book from every country in the world. The last book I read was Italy: My Brilliant Friend, by Elena Ferrante.

IN SHORT: This is the true, anonymously published story of one woman’s experiences in Berlin following the Nazi surrender, and the arrival of the Red Army. It is harrowing.

THE BEST BIT: This book is specially special to me in my Around the World book journey, since it was my first. I had read a novel about a German woman’s experiences in Berlin during the war, which had primarily served to pique my interest in finding a non-fiction account of the same period — which led me to A Woman in Berlin, a staggeringly clear-eyed account of the German defeat in April 1945 and the subsequent Russian arrival. Thinking about this book, I keep returning to the Hop Along lyric: “There’s nothing more dangerous than a defeated army heading home” — though of course, in this case, there’s nothing more dangerous than a victorious, brutalized army collecting the spoils of war. Here, those spoils included the sexual violation of thousands of German women, a cataclysm regarded with such shame that this book’s author took the book out of print in 1960, after being accused of “besmirching the honor of German women.” It wouldn’t return until after her death in June 2001. (There have been investigations into both her identity and the veracity of her story; both are covered in Antony Beevor’s introduction.)

This book is so profoundly moving that there is no single best bit: They are like threads of gold running through the hard rock of her observations. In her description of leaving the basement shelter during an air raid:

“I felt an idiotic sense of security under the bedcovers, as if the sheets and blankets were made of iron — though they say bedding is extremely dangerous. Dr H once told me how he’d had to treat a woman who’d been hit in bed; the bits of feathers had lodged so deeply in her wounds he could barely remove them.”

The entire book is like that, with long episodes of drudgery — waiting in line for food, water, work — interrupted by moments of insistent clarity. About the transactional nature of some relationships:

“Why should I sleep with someone in order to procure food for that lazy [neighbor]? Sleeping-for-food is another new concept, just like ‘my major’s sugar,’ ‘rape shoes,’ ‘plunder-wine,’ and ‘coal-filching.'”

On seeing a friend again after the two months following the war’s end:

“My throat was dry with nervous excitement when I turned onto my friend’s street. When you haven’t seen each other for two months — and what months! — you have no way of knowing whether the buildings are still standing or whether the people inside are still alive. … Ilse and I hastily exchanged the first sentences: ‘How many times were you raped, Ilse?’ ‘Four, and you?’ ‘No idea, I had to work my way up the ranks, from supply train to major.'”

The world is full of horrors. It is this author’s tragedy and our good fortune that she was witness to this one, and with this book leads us through it. So often our understanding of World War II is limited to the American involvement or to its most famous episodes: the Blitz, D-Day, the Band of Brothers. This singular account — by a female German — should be read alongside the best of this war’s literature. It is, without doubt, a canonical work.

Norway: The Ice Palace by Tarjei Vesaas
Europe: The World of Yesterday by Stefan Zweig
Portugal: Blindness by Jose Saramago
Spain: The Infatuations by Javier Marías
Germany: A Woman in Berlin by Anonymous