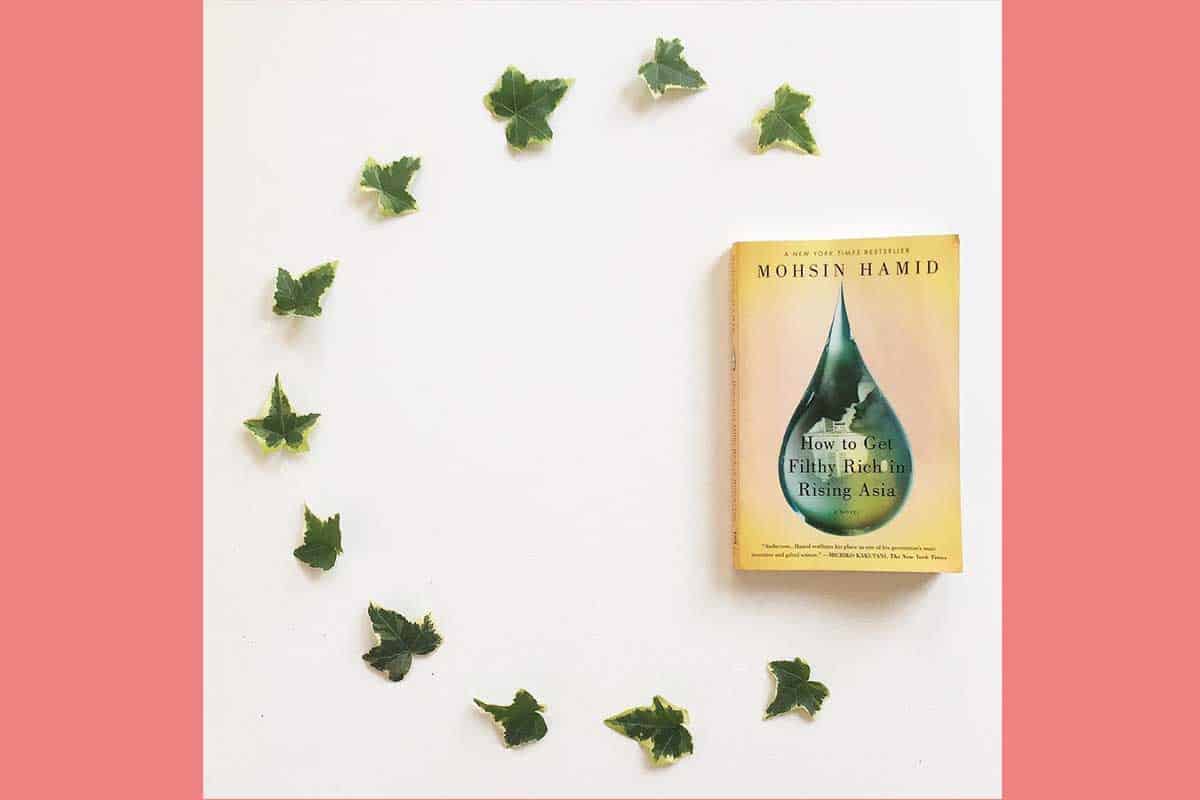 This book is terrific. It’s my Pakistan book for the “reading around the world” challenge. Buy it here, maybe.

The last book I read was Norway: The Ice Palace by Tarjei Vesaas.

THE BOOK: How to Get Filthy Rich in Rising Asia, by Mohsin Hamid

IN SHORT: This is the story of one man’s rise from poverty to wealth — and then, possibly, to contentment and companionship.

THE BEST BIT: It’s impossible to talk about this book without spoiling everything, so — SPOILERS.

How to Get Filthy Rich in Rising Asia is the story of an unnamed “you” who travels “from my-shit-just-sits-there-until-it-rains poverty to which-of-my-toilets-shall-I-use affluence.” It is also the story, told in parallel, of the near-biological evolution of the city (and country) where he lives, and finally, his love for “the pretty girl,” a woman whose story is told in a manner more complex than her moniker might suggest.

I read this book in 32 hours (not straight), which I found amazing considering that my last ATW book — Stefan Zweig’s The World of Yesterday — took about 50 times that. It is, as they say, propulsive reading, especially in the final chapters.

I thought two main things about this book, one in its opening chapters and one right at its end.

The first first. The depiction of the poverty of the narrator’s early years is remarkable. I have not been to Pakistan, but I have been as close as 11 miles away, camping in the Thar Desert — close enough to see the halogen glare of the border lights at night. I remember, quite clearly, the experience of arriving at a city in India at night, and the sensation of being engulfed by a metropolis that was buzzing with energy — an energy all its own, and not the same as the cities I knew best. I do believe that it is easiest to imagine lives in places most like the ones where we come from, and this city was perhaps the opposite of my own. As kids on motorbikes drove past, I wondered where they might have been from, what their lives were like, what their ambitions were. How to Get Filthy Rich in Rising Asia puts forth a series of plausible answers: delivering DVDs to beautiful women, making money and getting rich.

There arises in this book a peculiar three-way relationship between the book’s “you,” the narrator, and the reader. Because of the strange alchemy of the second person, there is a back-and-forth (well, perhaps just a forth) between the narrator and the “you” — the latter is observed, analyzed, considered, pitied. One problem with this, for me at least, was how, at times, this treatment — the narrator’s treatment of “you” — was only glancing: observant and wry and funny and true though perhaps not investigative. I wished, at points, I had seen more deeply into “you”‘s heart. At others, though, I was nonetheless deeply moved, especially toward the book’s end, in a unique way — a way that felt like a product of that strange rapport, an eternal narrator spending a bit of time with “you,” this mortal and flawed creation.

That’s a pretty technical consideration, so let me close with this: I found the penultimate chapter hugely moving — like stand-by-the-window-and-cry-40-minutes-later moving. This is the spoiler: In these final passages, the narrator and the pretty girl at last reunite — or unite, perhaps — in companionable old age. Mohsin Hamid is not old, but I hope his rendition of love at this age is as true as it feels:

At times the pretty girl feels shocked looking at you, the shock of being mortal, of seeing you as a cane-propped mirror, of your frail and gaunt form’s inescapable contemporaneity to her own. These impressions tend to occur in the first moments of your encounters, when an absence of a few days has run itself like a soft cloth over her short-term visual memory. But quickly other data begin to accrue, likely starting with your eyes and your mouth, her image of you resolving itself into something different, something timeless, or if not entirely timeless, still beautiful, handsome to behold. She sees in the cock of your head your awareness of the world around you, in your hand your armored gentleness, in your chin your temper. She sees you as a boy and as a man.