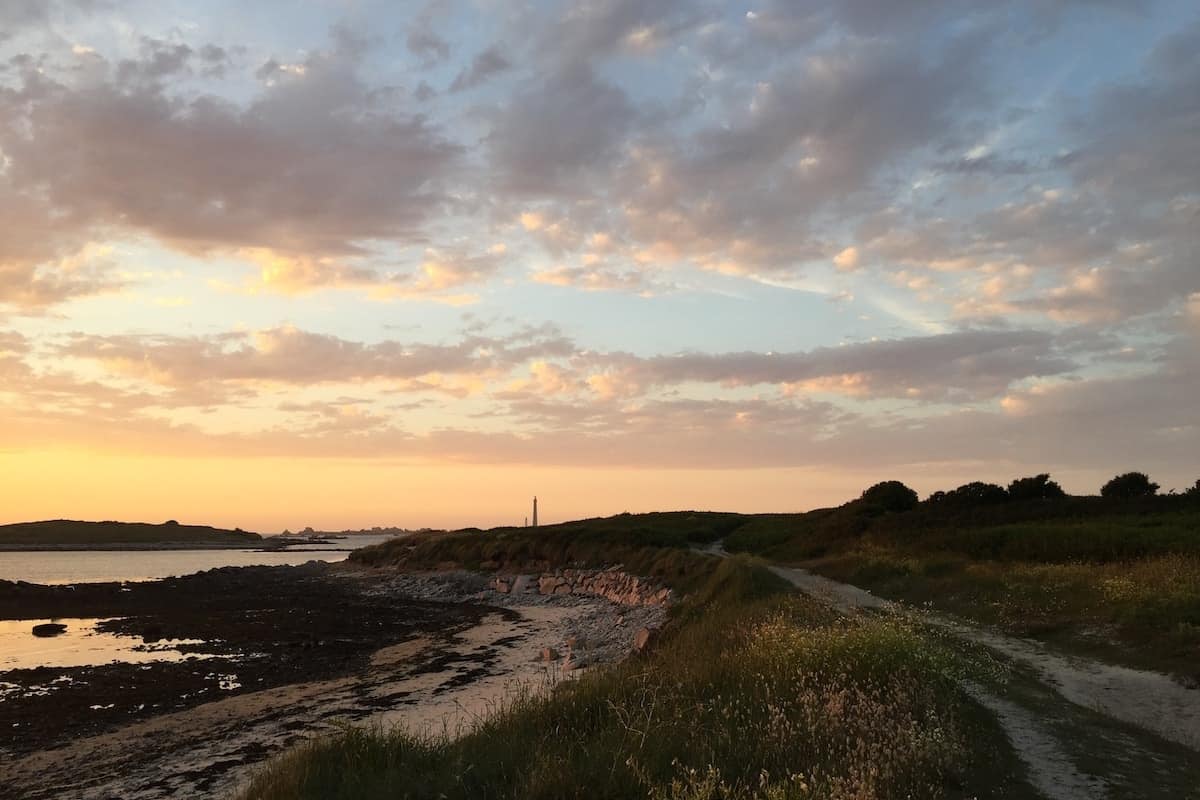 Wondering where to go in France based on your astrological sign? For the record, I’d suggest any one of these 12 French destinations to any traveler, regardless of sun signs. That said: I know a few Pisces who’d sure like to visit a dreamy seaside resort where the Impressionists set up their easels, and an Aries or two looking for an action-packed vacation to not one but two gorgeous spots. Find your sign below. 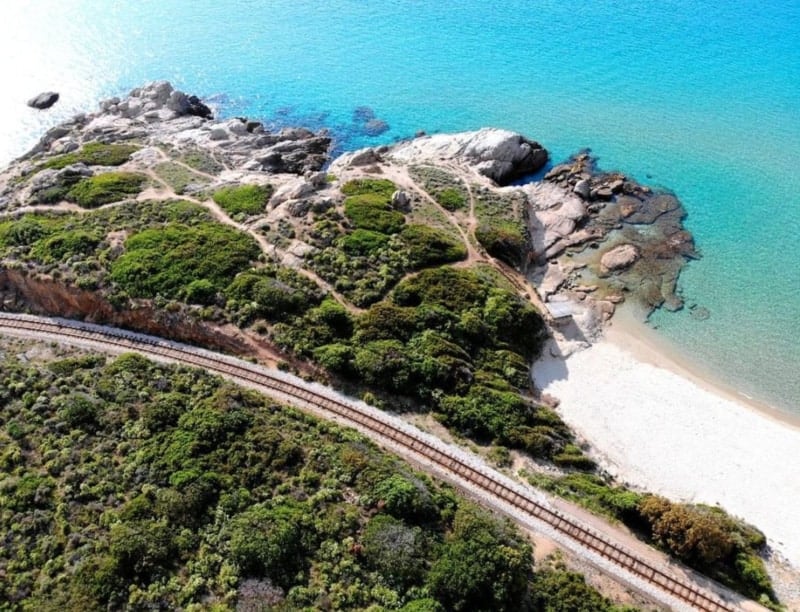 Aries: Marseille + Corsica
High-energy Aries get not one but two destinations. First, the incredible port city of Marseille — some people don’t like it, finding it a bit too rough ‘n’ tumble, but any American who’s been to a big city has seen worse — and Marseille is dynamic and gorgeous; it feels like a living, breathing thing that for all its other good qualities Paris doesn’t always have. Find a café at the Old Port for lunch (seafood, obvs), then head up to the spectacular Basilique Notre Dame de la Garde. From Marseille, take a fast ferry to Corsica, the spectacular Mediterranean island — you’ll need those goat-like cliff-walking abilities to navigate the GR20, the long distance hiking trail that spans the length of the island and that some people say is the most beautiful in Europe. 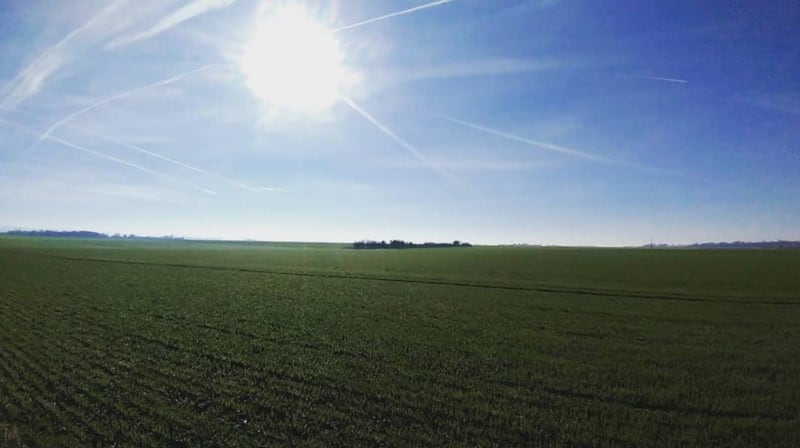 Taurus: Calvados
I say this with authority, since I am myself a Taurus: Calvados, which is one of the more gorgeously bucolic parts of Normandy, has everything we like: rolling pastures, our fellow cows, plenty of wildflowers, and delicious cheese. (It includes a bunch of seaside resorts, which isn’t exactly a Taurean quality but is at the top of my personal list.) Also, Tauruses love antiques, and this part of Normandy has tons. The best option is to find a converted barn in the countryside — set your Airbnb/etc. radar for the département of Calvados. (This is where I stayed on my last trip there — amazing.)
Fast fact: Calvados, of course, is also the name of a kind of apple brandy — it’s too strong for me, but you’ve gotta taste it while you’re there. 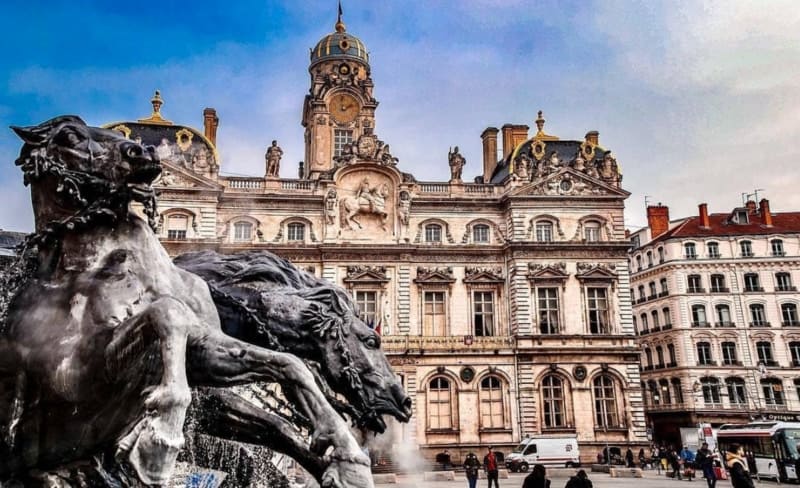 Gemini: Lyon
So everybody should go to Lyon, but Geminis especially. Hyper-communicative Geminis will love how friendly the Lyonnais are, relative to Parisians: think of it as entire city full of people to quiz, question, interrogate, flirt with, debate, and everything else. Even Geminis will find it difficult to get bored in this city, which I think of as the San Francisco of France, with a ton of top-rate cultural attractions but easy access to nature — including Lake Geneva and the Alps. The food scene here is top rate as well. It’s basically Paris, but the people are nice, and the surrounding area is more beautiful. 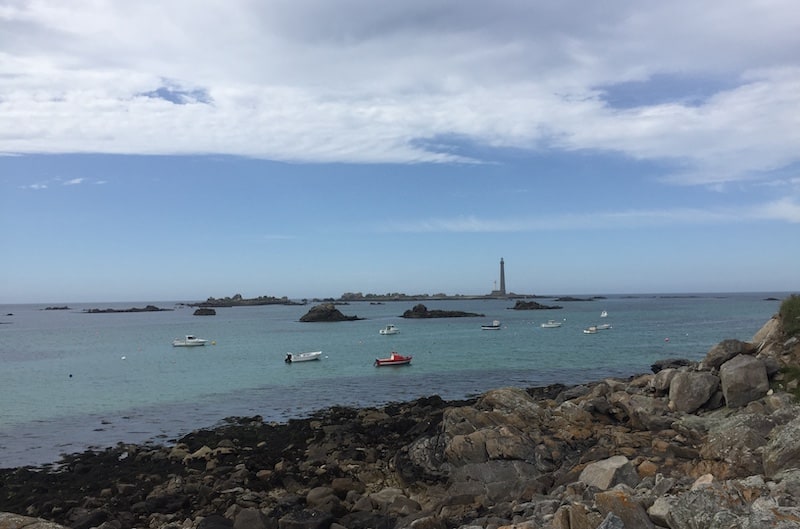 Cancer: The Far Breton Coast
Cancers love to be near the water (obviously), and they like their security — so let’s find them a big, comfy house way out on the far coast of Brittany. Look at Plouguerneau. It’s easy enough to get there by train to Brest (and then by bus if you’re not renting a car.) This is the very definition of the rocky, windswept coast, with lonesome lighthouses and spectacular sunsets over the water. (The main picture at the top is also of Plouguerneau.) If you like to hike, pick a part of the GR34 long-distance trail — it might be the prettiest in France. Here’s the house ($45 per night!) where I stayed. 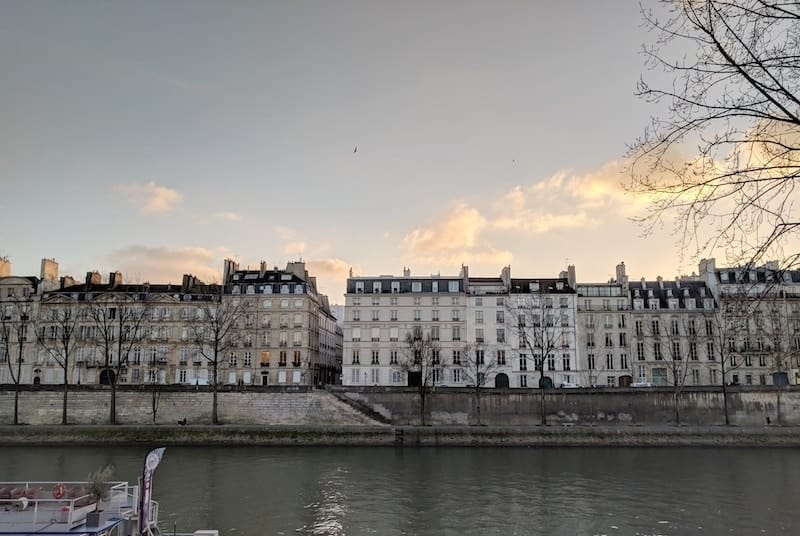 Leo: Paris
Leos like to be in the center of it all, and there’s nothing more central than Paris. A Leo should tour the Louvre, the Musée d’Orsay, and the Musée de l’Orangerie; they should hit all the designer stores on the Avenue George V: Balenciaga (#10), Hermès (#42), Kenzo (#49), etc. Of course, there’s nowhere to stay in Paris for a Leo except the Plaza Athénée, around the corner at Avenue Montaigne #25. Dining inside the Eiffel Tower? A Michelin-starred meal? These all things Leos like to do.
Alternately: The castles of the Loire Valley, since Leos are our astrological royalty. Like Chenonceau, the one-time home of professional king-girlfriend Diane de Poitiers. She’s considered to be either a Capricorn (which definitely makes its own sort of sense) or a Virgo, but she feels like a Leo. 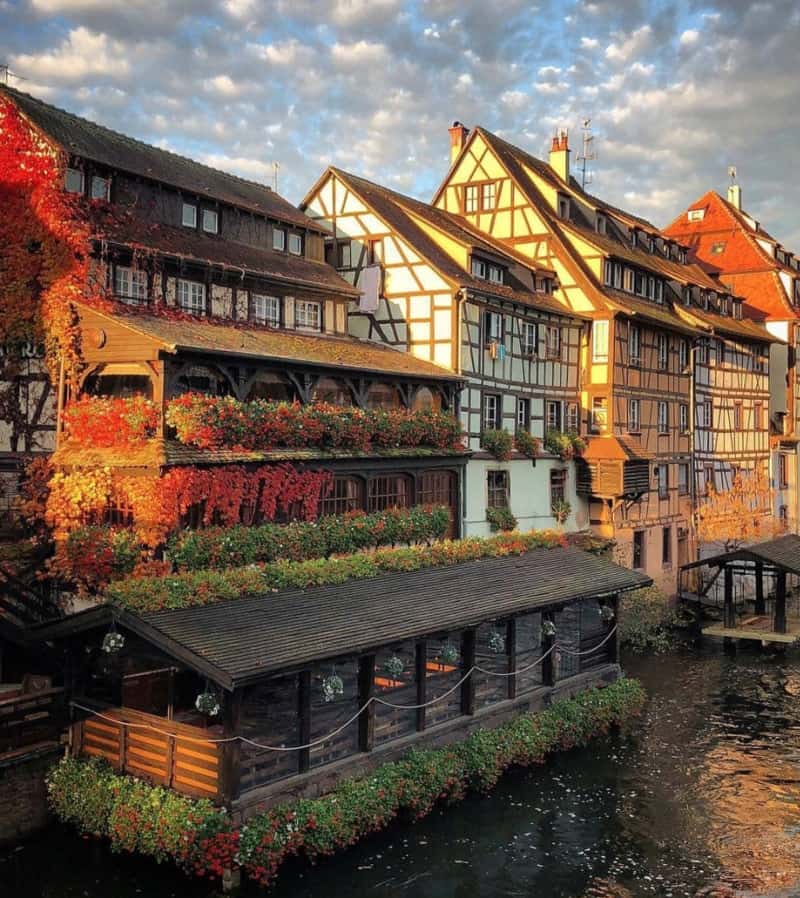 Virgo: Strasbourg
Virgos like everything neat and tidy — and the German reputation for orderliness is alive and well in Strasbourg, the gorgeous city on the Rhine that’s changed hands between the two countries several times. Here you’ll find sausages, “bretzels,” and tarte flambées, which are a lot more like pizzas that desserts. It’s a worthy jumping off point for visiting nearby Colmar, a sort of miniature German version of Alsace (read: it has canals) and the “route des vins” — including Kaysersberg, which is pretty glorious in the summer, with hiking in the hills and Michelin-starred dinners at 64°, at Le Chambard hotel. 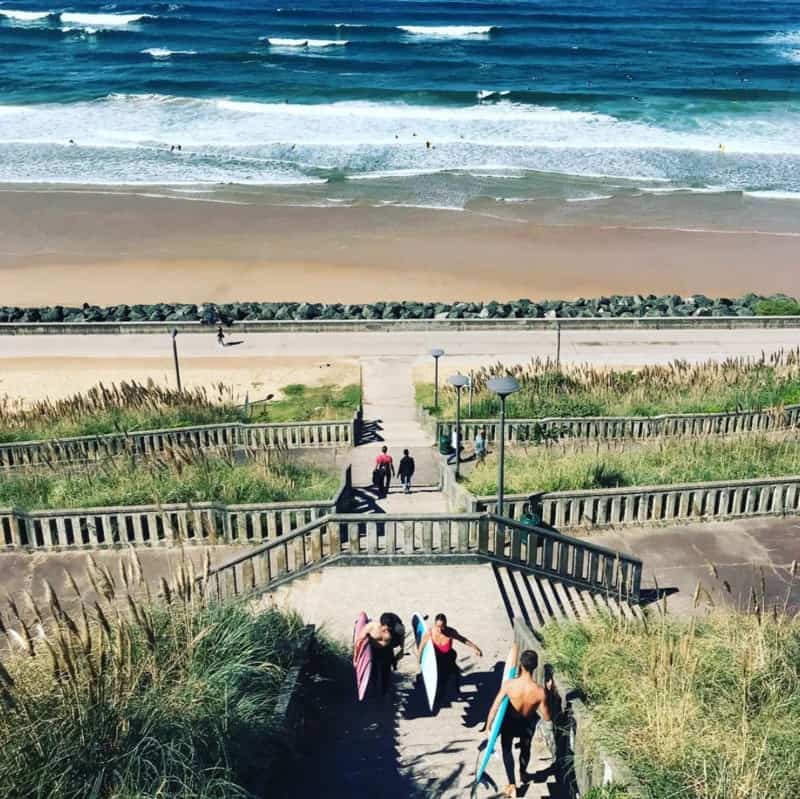 Libra: Biarritz
Social Libras want to voir and se voir — and there’s no better place to people-watch (and be watched) than from one of the cafés than in the resort city of Biarritz. (There are also fewer money-/brand-obsessed foreigners than on the Côte d’Azur, which is no small thing.) It’s a quick drive over the border for even more delicious food in Spain’s Basque country, or just grab a surfboard and decamp to the St-Jean-de-Luz for surfing ‘n’ socializing. Five-star fun. 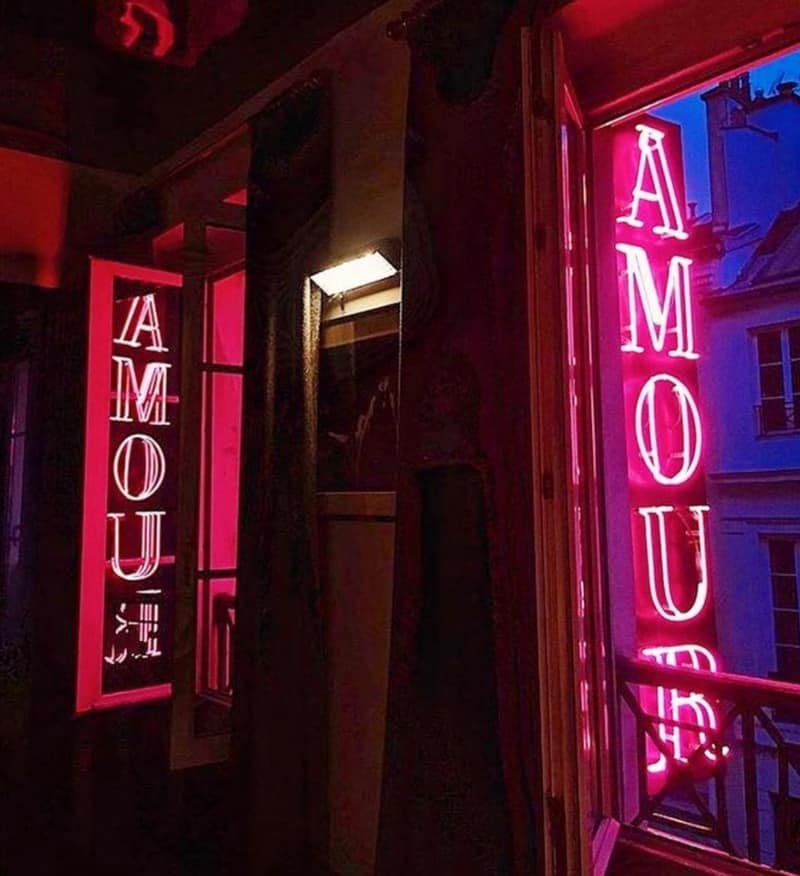 Scorpio: Paris’s 9th arrondissement
So Leos got Paris first, but instead of the great and the opulent of the first and second arrondissements, I’m sending Scorpios to the 9th — the fun arrondissement. (OK, maybe not as fun as parts of the 11th/20th, but still very fun.) Book into the Hotel Amour (“where love and fashion meet”) and head to the seen-and-be-seen bars like the Mansart. From there, it’s an easy walk up the hill to Sacre Coeur, returning to the base of the hill for the fabric stores and the A.P.C. outlet shop on rue Andre del Sarte, if you’re in the mood, as well as my favorite dive bar in town: Au Clair de Lune. Add on side trips to bars like Silencio (a product of David Lynch’s imagination that opens to the general public at 11 p.m.) for additional intrigue. 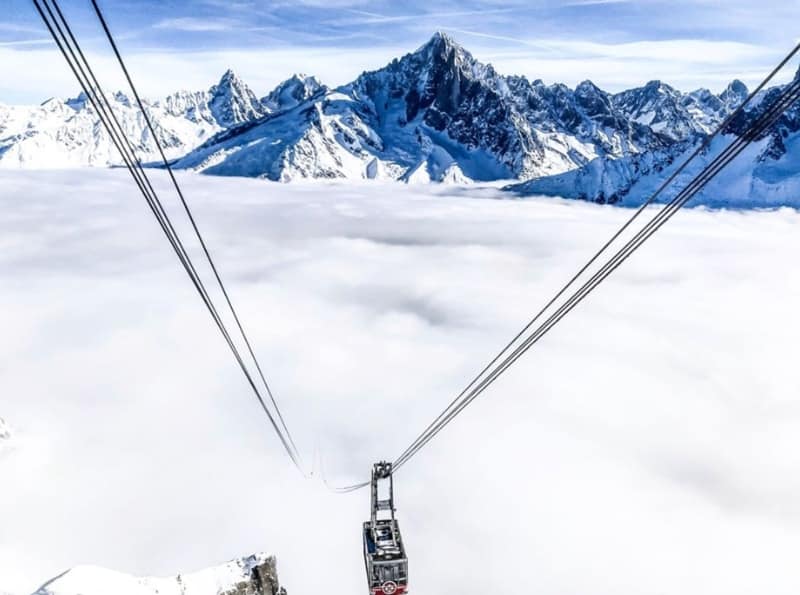 Sagittarius: Chamonix
Super-active Sags will find plenty to do in Chamonix, whether in the winter (skiing, ice climbing, etc.) or summer (alpine hiking is the best.) Sags on a break from their go-go-go lifestyle can take a cable car up the Aiguille du Midi or see a manmade ice cave (and even better, a glacier-view restaurant) at the Mer de Glace. Summer’s even better — head out for a hike in the Aiguille Rouge National Reserve for wildflowers after the snow melts. 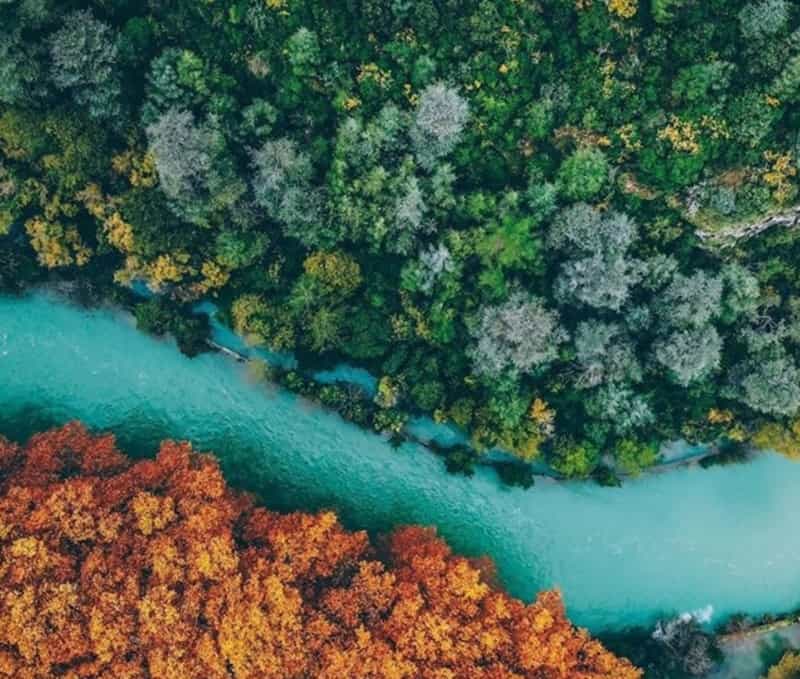 Capricorn: Provence
This is a slightly counter-intuitive one: My ex-boyfriend’s a Capricorn, and we traveled all over together, and Provence was actually the one place he lost his ish, in a very Capricorn-like way. Here’s the thing: Nobody’s better at planning in advance than a Capricorn, and Provence demands it, especially in the high season. If you haven’t booked the hotel, the rental car, the restaurants, the shows in advance, guess what: you won’t get one. My ex-Capricorn wasn’t allowed to give his Capricorn nature full flower — his parents were pressuring him to be spontaneous. Our trip was a disaster — and yet it still wasn’t, because Provence is amazing. My favorite: see the antiques at Isle-sur-la-Sorgue, and then go down the Sorgue in a canoe, setting off from Fontaine du Vaucluse. It’s the dreamiest. Just don’t count on leaving anything to chance, which should suit Capricorns just fine. 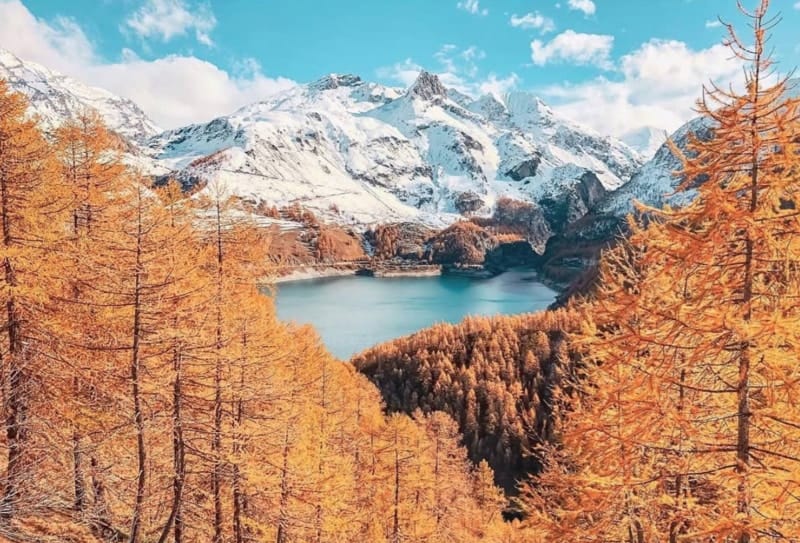 Aquarius: Auvergne
Ethical consumerism is deeply knit into French culture, which favors artisanal work, local produce, independent farmers over corporate farming, etc. “Agriturisme” is definitely a thing in France and gives visitors a chance to explore small alpine communities while getting some serious face time with animals. Auvergne is one of the more rural regions of France, and famous for its mountain, hot springs, and volcanoes. Check this place out — how could anyone not want to stay there? Expect an inverse relationship between farmstays that are basically super-rustic B&Bs and stay-for-trade experiences where your work — feeding goats, baling hay — pays your way. 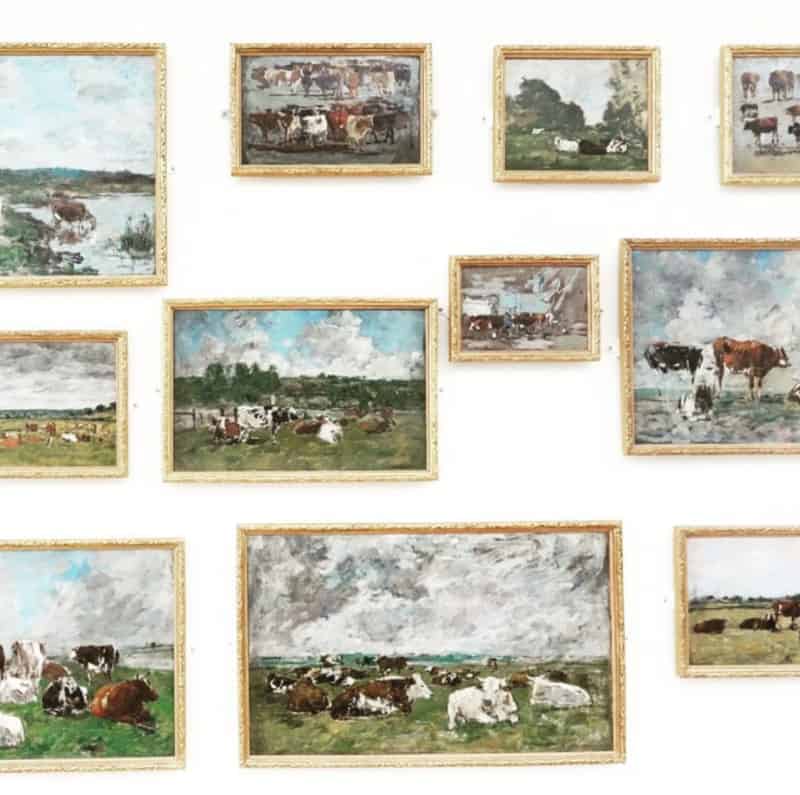 Pisces: The Normandy Coast
What does a fish need to be happy? Water, obviously, and there’s plenty of it on the Normandy coast, which includes several top-flight resort towns: Fécamp, Etretat, Honfleur, and more. Even better, there are moody coastlines, abandoned churches, dramatic cliffs, and sublime sunsets — all things that inspired the Impressionist painters so transfixed by this part of France. While here, make a detour for Le Havre, the port city basically razed to the ground after World War II, to see some of the region’s best artwork — including these cows by Eugene Boudin — at MuMa, the city’s excellent modern art museum.