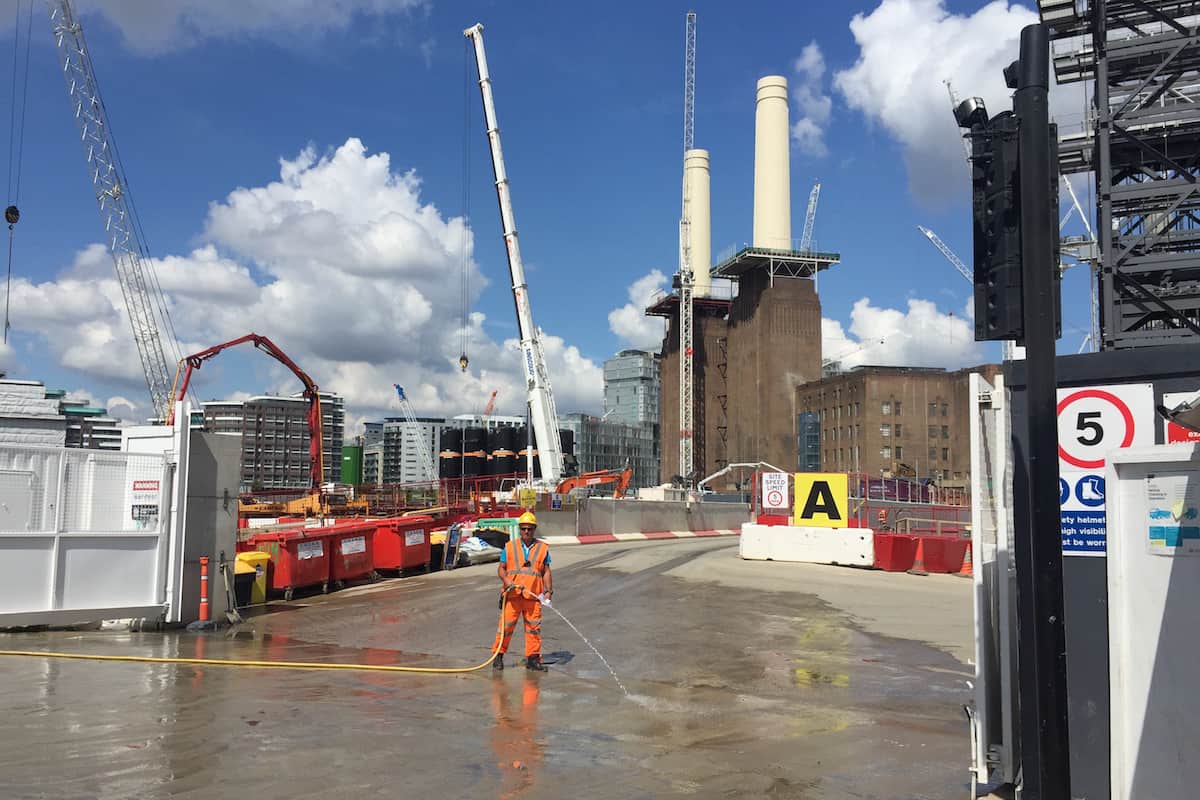 I am hiking the Thames Path, a path that follows the Thames for 180 miles, from the Thames Barrier in London to its source, near Cirencester.

The start was not a particularly inspirational one: In addition to smashing the screen of my phone into a million small pieces (to record the Pulitzer-worthy sight of a cyclist wearing a yellow vest), I also destroyed my earphones. After nearly being sold a pair of fake Apple earphones, I turned around and took the Tube into central London to go to the Apple store.

Really, if you are at the Apple store at 9:50 a.m. on a Monday morning, you have made a serious error/dropped something within the previous 12 hours.

And then I couldn’t avoid stopping at the Waterstone’s. And getting lunch (to pack, at least) at Eat. In short: No walking was done (in the intended direction, at least) until 11 a.m. (So much for that 7 a.m. start.)

The good news was that once I did start hiking — well, it kind of sucked. However many luxury condos are being built in yesterday’s bit of the Thames, many many times that number are being built on today’s bit. Crane City, if you will. Not my city, not my circus. But I found it sad that the river was so hard to access in these sections. I assume that all these super luxe developments will offer residents/city dwellers/river walkers better access to the actual river once they’re finished building, whenever that might be. In the meantime, it’s a mess, and a mess with many many detours. Detours that were not particularly well marked. Yes, but where to now? This was a frustrating day of walking. Sigh. NO RIVER IN SIGHT. To be fair, once I finally got there, Wandsworth Park, though quite small, was very pretty. I don’t know how they grow trees like that. That’s Putney Bridge in the distance, and weirdly enough, the entire day turned around after I crossed it.

I don’t know what sort of zoning law changes at the foot of Putney Bridge, but instead of luxury condo developments, there was nothing but river, and rowing clubs. I rowed in college, and I find the whole thing magical. You’re also a million times closer to the river than at any point previously: It was weird to think of how removed you are from the river in the beginning: It’s so industrial; it seems like it’s accessible only by warship. But here the river was basically level with the street — there were a number of signs warning against flooding. I liked it so much that I ended up sitting on a bench and calling home (resulting in a $120 phone call that I blame on failing to read my phone contract properly.)

As it turned out, Putney was the next-to-last bridge for the day: I got as far as Hammersmith, and then tubed it to my hotel: Muse Haus Chiswick. I actually loved it, though it was still €€€ for the money. (London, argh.) Single room, shared bathroom. I honestly don’t know why shared bathrooms aren’t more of a thing. I would so much rather pay (less) for a shared bathroom than a private one — especially on a trip like this, when I’m just staying somewhere to sleep and heading out as early as possible.