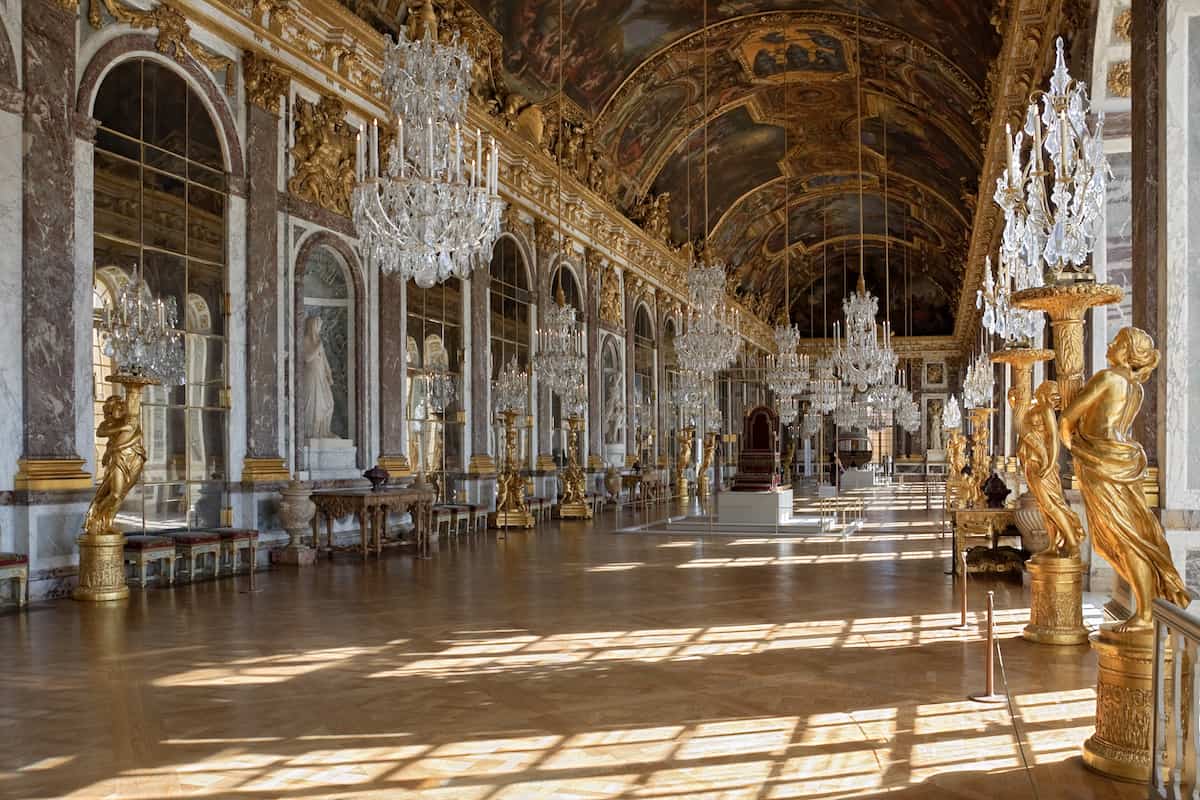 Wondering how to rent an apartment in Paris?

2: I am not a victim. When your biggest problem is that you can’t figure out how to rent an apartment in Paris with a southern exposure and parquet floors—your biggest problem is small. That said, I can, with authority, say that finding an apartment in Paris was one of the most exhausting, frustrating, infuriating things I’ve ever gone through. And I lived in San Francisco.

My story: Sublets are easy to find in Paris, and relative to the two housing markets I know best—San Francisco and New York—they are ridiculously inexpensive. You can sublet an apartment here for under $900 a month. Maybe not in the 6th, but it’s a small city, and the cheaper apartments are often in the more-fun neighborhoods, so everything works out. But subletting non-stop is exhausting. At the end of my last real sublet (an amazing top-floor apartment with a view of the Seine), the owner was nice enough to let me leave my things in her cellar. But I kept my TV with me. And two plants. I am old, and I wanted, apparently, my Apple TV. So I decided I would dig in, and find my own apartment, and stop carrying my TV to random people’s apartments.

I will spare you the saga of the next eight weeks that don’t deal directly with looking for housing because they are boring and mostly focus on me going slowly insane.

Like everywhere else, there are a few key ways to figure out how to rent an apartment in Paris.

If you’re looking for something short-term, just do yourself a favor and find something on Airbnb or another vacation rental site. In my opinion, it’s pretty easy to find a good deal on Airbnb, especially in the off-season. With the vacation rentals, you’ll pay through the nose, but they’re easy. I’ve seen vacation rentals that cost about twice what they’d cost normally. And even on Airbnb, again from personal experience, I’ve seen cases where you could rent an apartment via Le Bon Coin for a month for the same price you’d pay on Airbnb for a week. But: It’s easy, and (I’m going to stop prefacing everything I say with this, but:) “in my experience,” safe.

For long-term, though, you are generally looking elsewhere:

– There are English-language ads on FUSAC, though not many, and I never saw anything I liked.
– I actually found my favorite-ever apartment in Paris on Craigslist, with the most wonderful subletter ever, but this is like 90% a mixture of scams and exceedingly overpriced vacation rentals, so I almost never used it.

Now to move to the French sites. You’ll need some level of French understanding to use them, though Google Translate can help. I can honestly say that I can speak much better French now than when I started this process, even if most of my vocabulary is real-estate: vide (empty—bizarrely, most apartments are rented furnished), meublé (furnished), sans ascenseur (walk-up), micro-onde (microwave), and more. One thing to note: A 1BR is known in France as a “deux pièces,” or two-room, or T2/F2. Each ad will give the dimensions of the apartments in “mètre-carré,” or square meters. (At this point, I can basically give you the m2 of any apartment at a glance. I was looking for 22m2+, but you can find crazy-small apartments in Paris (“studettes,” for example) at 9m2.

– seloger.com is the big one. There are a ton of listings, but they are all agented. I’ll get into why this is a problem in a second. There is a huge variety of apartments across all neighborhoods and price points. I hate Se Loger.
– Le Bon Coin is the French equivalent of Craigslist and I probably refreshed its apartment rentals 1000 times a day.
– pap.fr offers by-owner rentals. These were good but there weren’t a ton of new listings.

Now: Let me share my most-hated word in the French language. It is “dossier.” A discussion of how to rent an apartment in Paris is really a discussion of how to create a dossier. A dossier is what you exchange instead of your credit score. It is a physical or digital file with your financial holdings—copies of your pay slips, tax returns, passport, and more. I used to think that I preferred a dossier to a credit score (easily manipulated, difficult to fix, maintained by corporations who could give a fuck about you) but now I hate them both equally. Many landlords and all agencies will require you to provide a dossier of varying complexity.

The dossier, however, is not the real problem. The real problem is the garant. A garant is a guarantor. If, like me, your friends in Paris consist mostly of equally disaffected part-time foreign residents, you are fucked. It doesn’t matter if you made $200,000 last year—you still need a garant.

There’s an alternative to a garant, and it’s amazing. It’s called a “caution de bancaire.” This is when you put a year’s rent payments into a bank account, and let it sit there. To be clear, you’re not pre-paying your rent—you’re just handing the bank $15,000 or whatever and letting it take a small nap. Or, if you earn in dollars, losing money hand over fist from the moment you do your first currency exchange to the moment you take it out, after the euro’s depreciated however-much more.

I did not have a garant. I was not going to do a bank caution.

That means that all those lovely apartments advertised in real estate agencies, or advertised on Se Loger—there are many of them, but none for you. I spent one afternoon sending out 150 messages—because I honestly didn’t care. I wanted to be (roughly) in the northeastern quadrant of the city, and I wanted the parquet floors, but after that—I didn’t care. I got three responses, all expressing some version of—and I cannot think of a better equivalent—”smell ya later.” I would have happily take the first apartment I saw, in fact, near Bastille, for €1100 a month, but no go, without either a garant or a caution de bancaire. I interviewed a real estate expert for a story I’m planning to write for an outlet other than this site, and she said:

The rule of thumb is one needs to earn their salary here in France 3 times over the rent of the flat, or put down a year’s rent in an escrow. [Note: For me—I wasn’t looking at crazy-expensive apartments, so the problem was the “in France” part. Anything I earn is in the U.S., and that didn’t count.] Most of my friends who are freelance have all had to do that. So I would say you are wasting your time of you do not earn here in France, have no garants, and not willing to do a garantee bancaire.

What does that leave you? That leaves you by-owner apartments. This is a much, much smaller pot of apartments, and you will find all of them on pap.fr and Le Bon Coin. Also, they are nearly always furnished (meublé). This may be good. It was often terrible.

There’s no shortage of apartments on Le Bon Coin, but the trick, of course, is finding a French homeowner who’s willing to take a foreign renter. I received responses to about 20% of the messages I sent out.

This went on for six months. I’d get up, go look at an apartment, and spend the rest of the day refreshing Le Bon Coin and PAP. It was not great.

When I couldn’t take refreshing anymore, I put up little signs. I’d wait, like a creeper, outside a building, hear the beep of the door about to open, and confidently march in. Then I’d tape up my pathetic little sign, with my pathetic little email address (“chezchezmoi75@gmail”—75 : Paris :: 90210 : Beverly Hills). (No one emailed.) I put a wanted ad in Le Bon Coin. I saw another wanted ad, from a 20-year-old guy who wrote that he’d left home when he was 14 and thus had no garant. He was working as a caviar specialist in some fancy restaurant. I could at least always go home. My heart broke for him, though I would welcome him to New York, where immigrants are the bedrock of our economy and soul.

I did find five apartments on Le Bon Coin, with offers from the owners, who were universally kind. When I wrote one owner to tell him I was going to pass, he wrote me back: “I’m sure you will find … the good one … soon.” I love that dude. Most asked for one month’s deposit (“comme normale,” one said, mystified that anyone had asked for more) and one month’s rent upfront. One asked for three month’s rent upfront, and two month’s security. I met a very nice agent who once showed an apartment to Stephen King. I saw a lot of apartments. What I found was that a minority percentage of French landlords were well-traveled, open to foreigner renters, and not quite so obsessed with paperwork and bureaucracy. They are some of the best people I have met, anywhere I have ever traveled.

On the verge of completing losing my shit, I realized that nearly all of the apartments I’d ever stayed in in Paris, and most of the ones I’d been offered, were simultaneously available on Airbnb. Even if I’d found them on Le Bon Coin or PAP or through a friend—they were also on Airbnb. Airbnb, I realized, was self-selecting: It drew homeowners looking to make some extra money by renting out their property to people from all over the world. They were used to renting to foreigners without needing a see a notarized, translated copy of their birth certificates. (Which I have, but whatever.) This, obviously, was where I needed to look.

I searched by neighborhood (I looked in the 10th, 18th, and 19th—I love me a canal), for properties with open calendars, and emailed 20 of the owners. Four of them came back, eventually, with offers for year-long leases, at prices around 30-40% off the official Airbnb monthly price (which is, of course, discounted from the daily or weekly rates).

If I ever had to do this again, I would move to Mozambique. And when someone asks me how to rent an apartment in Paris, I want to tell them to go back to wherever they’re from. (Or just any country with warm beaches and cheap housing.) But if someone put a gun to my head and forced me to do this again, in Paris, I would email-bomb Airbnb.

Addendum: Six months after writing this, I found another, better apartment on PAP, with a landlord I’m pretty sure rented to me because I’m from Philadelphia, where he studied architecture. I’ll leave the country before I go through this shit-show again, though at this point I basically have a doctorate in how to rent an apartment in Paris, so feel free to AMA. And once you have your apartment, find out how to decorate it, Paris-style, here.