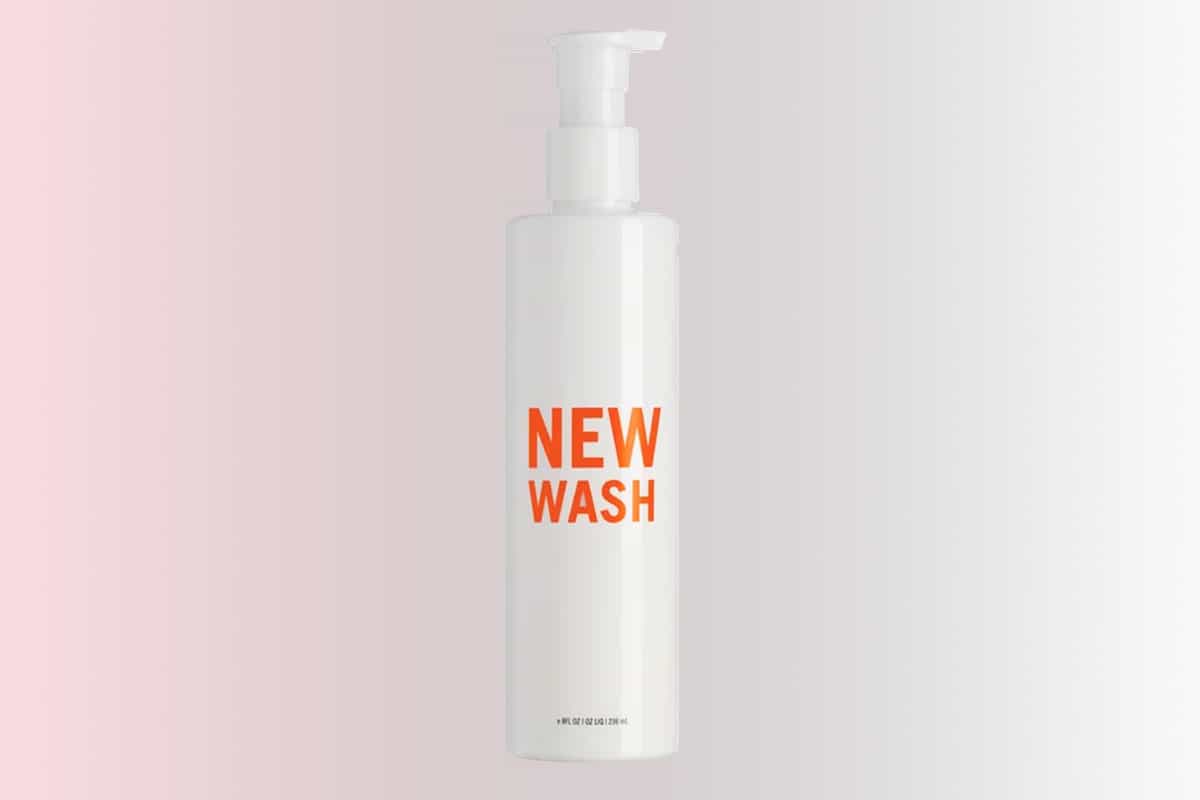 I have a tumor in my head and I can still say that the most depressing, stressful, and upsetting health condition I’ve ever experienced was hair loss.

Caveat: the tumor, as these things go, is remarkably non-problematic. (Basically, it means I go to my endocrinologist every six weeks and take more medicine than I ever would have wanted to.) But the hair loss — it was endless, and upsetting. I can’t tell you how many pictures I took of my hairline, how many before-and-after pictures I looked at to judge if the hair loss was real or in my head. (It was real.) I went to a dermatologist, who had no answers for me, and whose questions included whether or not I lived near a nuclear power plant. (This is 100% true.)

After four years, though, I have some answers, some solutions, and my Hairstory New Wash review. (For a full list of everything I tried, see here.)

The most important thing was one of the things I found out toward the end: I had hair breakage — hair breaking off mid-shaft — not hair loss, or hair falling out from the root. This is a crucial difference, with totally different causes and solutions. If you have hair loss, I know there are loads of treatments, but I don’t know anything about them. What I’d say is to not give up, and keep looking for a doctor who has a solution for you. They’re out there.

Now, for people with breakage. All my life, I’ve incredibly fine hair, but I always had a lot of it. It broke off perhaps slightly more than average, because of that fineness — enough that I once had a part-time roommate who would complain about my hair on the floor endlessly. (The night before I moved out, I stood on his bed and shook my hair out over his duvet. He was a jerk, I swear.) I never noticed the breakage, though, because it wasn’t enough to matter — I had so much hair. This changed four years ago: Suddenly I was finding pieces of my hair everywhere, and I mean everywhere: on the back of the sofa. On my pillow. On the wall of my shower. Wrapped into the leaves of my aloe plant. Wrapped in the leaves of my forks. And so much was breaking off that I could see a difference: Below my ears, it looked like I had half as much hair as I’d used to.

I freaked out. I started taking photos of myself, looking sad, and with very bad hair, to send to my friends: Did it look different? No, they said — but I knew something was up. I started reading about hair loss on the Internet, which you can imagine was absolutely excruciating. I blamed it on stress, on my diet, on my lack of vitamins, on washing my hair too frequently. I started washing it less — partly because I kept reading about how people washed their hair too much, but mostly because I couldn’t bear to see how much hair would be in my brush when I brushed it out before getting it wet. It got worse.

I tried to understand what might have changed. I was still growing out a rather disastrous bleach job. I’d also moved to Paris, which has famously hard water. And I’d started taking medication for that tumor — methimazole — and hair loss is included among its side effects.

Eventually, I saw a dermatologist. (For the full story, here’s my piece about it for The Cut.) Honestly, she wasn’t much help — in the end, she blamed it on a side effect of my medication. But she really didn’t know. This didn’t leave me with much to do — there’s no substitute for this medication, except for one taken short term, during pregnancy, but if you stay on it for more than three months, you can screw up your kidneys. (I didn’t want to do that.) I even talked to my doctor about having surgery to remove my thyroid, which would mean I wouldn’t have to take the medication — a solution he thought had its benefits, for non-hair-related issues. (I haven’t done that yet, for other reasons, and I hope not to. We’ll see.)

My dermatologist did give me one crucial piece of information: my hair wasn’t falling out at the root. (“You have a healthy head of hair!”) It was breaking. I also realized something else: She’d prescribed a treatment for my scalp, which had become extremely congested and flaky. But before I had a chance to use it, I went to California for a conference. I washed my hair, and for the first time in months — no flakiness. The flakiness and scalp problems were no doubt related to the super-mineralized Paris water. Could the hair breakage be related as well? I started washing my hair in filtered water and immediately noticed fewer pieces of hair littering my apartment. I thought this was the solution, and I do feel like it stabilized things. But I was still seeing breakage.

I talked to my sister, who babies her hair, since it’s bleached — it’s not as fine as mine, but it is heavily chemically treated. She gave me a hair care schedule, and one of the key elements was Olaplex. The first two times I used it, I hated it. The first time, I didn’t brush my hair out beforehand, and when I washed it out, I swear half of my hair broke off (not really, but it was traumatic.). The second time, I don’t even know what I did wrong, but it was a disaster. The third time was better, and after that, I started noticing less breakage — first in the brush, and then around my apartment.

It took a couple months, but then I tried Hairstory New Wash, one of the brand’s non-detergent, non-shampoo cleansers. I’m not even sure why I tried it; it’s not like I’d heard that it was super good for breakage or anything. But I was still thinking that buildup was causing some of the breakage — it seemed like that made sense, like if my hair’s so fine, couldn’t it make sense that coating it in heavy Paris water or in heavy conditioners could make it break? I’d noticed that using heavier, super-moisturizing conditioners caused a ridiculous amount of breakage — I figured that using something without detergents might help.

Now: I’d been using a separate detangler, but I didn’t love it — it worked in the short term, but I felt like I was loading my fragile hair with more build-up, and I didn’t like it. The first time I used New Wash (Rich), I double-washed it, and my brush went right through my hair — not a single strand broke off. Not a single strand. I literally said “Whoa” out loud, to my empty bedroom.

Between the Olaplex and the New Wash, I would say I’ve reduced my hair breakage by 80%. I mean, who knows? Maybe it’s the weather, maybe it’s weird body chemistry stuff I can’t explain, maybe it’s the vitamins (that I take extremely sporadically). But my best guess, after four years, is this: My already-fine, fragile hair became even more fine and fragile due to my medication. Washing it in hard Paris water created build-up that provoked breakage. Additional bad habits — like reflexively wearing ponytails — increased breakage, given that my hair was more fragile than it used to be — things I used to do without consequence pre-medication were too much for it, post-medication. I then made the situation worse by washing it less frequently, which led to terrible tangles (and more breakage). Olaplex has made it stronger, and the New Wash is so good at detangling (and generally not damaging my hair) that I’ve massively reduced breakage. (Again, for a thorough breakdown of everything I tried, and what worked and what didn’t, see here.)

The main thing I want to point out in this Hairstory New Wash review is the detangling. My hair has always tangled terribly, and this is the first product I’ve ever used that’s dealt with it in a way that feels healthy for my hair (as opposed to oils or serums that detangled but also felt heavy and led to more breakage).

I don’t like that it’s so expensive — $40 for eight ounces — but I still have some left in the bottle after four weeks, and I’m no longer using a separate shampoo and conditioner, so it’s working out to be cheaper than my old Christophe Robin set. And my breakage problem? I’m not going to say it’s fixed. But it’s remarkably better than it was six months ago. We’ll see where we are six months from now, but thanks to Olaplex, New Wash, my sister, my dermatologist, and several years of trial and error, my Hairstory New Wash review is this: I am cautiously optimistic. And anyone who’s ever dealt with hair loss or breakage would know, that is absolutely priceless.