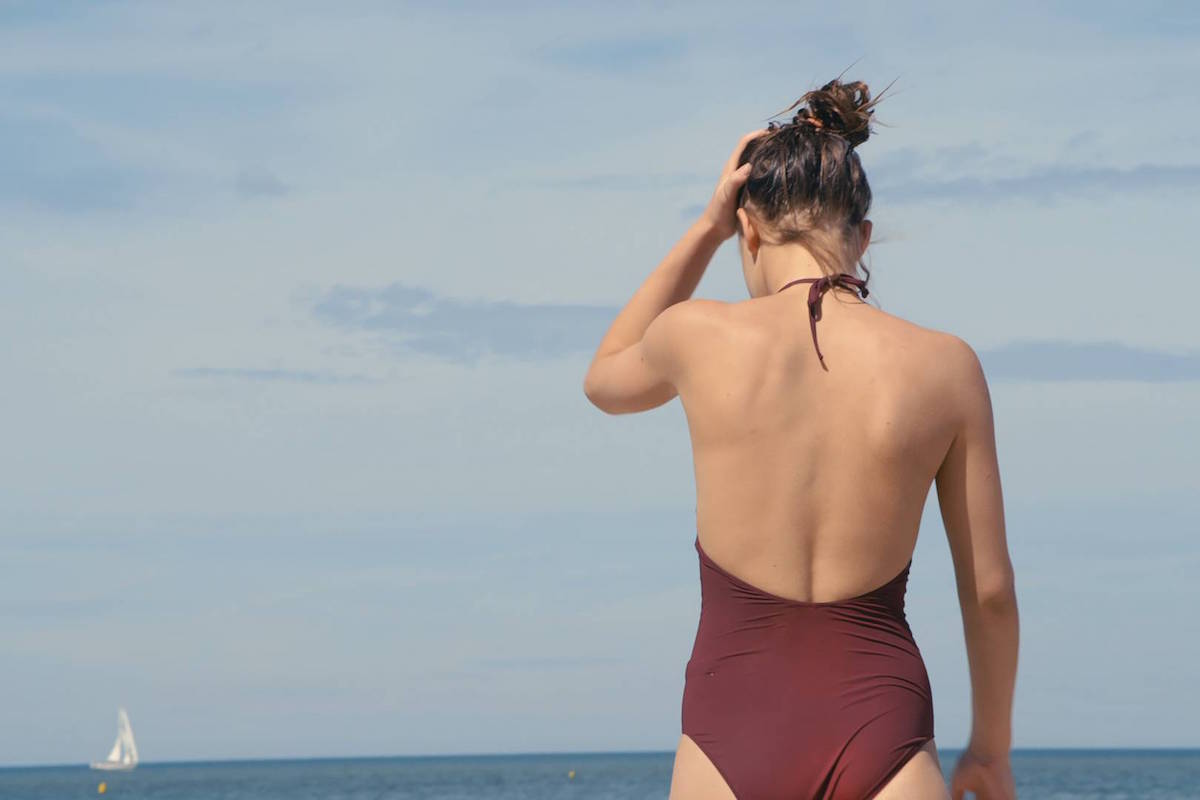 This list certainly isn’t exhaustive in terms of masterpieces by French directors — there’s not enough room here to list all the classics of French cinema that aren’t available on Netflix. That said, our favorite streaming service does offer many exceptional French films — and these are the best shows and movies among them.


If you want to skip to the picks, they’re right below — or let’s chat about Netflix international for a moment.

Only one of these movies — the first one — would make a list of my favorite French movies ever, and some absolutely fantastic picks have come onto Netflix and then disappeared, like Rust & Bone, Faces/Places, Two Days, One Night, and loads more. Many of the best French titles on Netflix — both films and television shows — have gone to other streaming sites, including the iconic Un village français, formerly of Netflix but now only available on Amazon Prime video. Some others — like those in the Criterion Collection — will unfortunately involve a (paid) visit to the iTunes store, Hulu or other online video services. The only solution is checking in regularly to see what’s made the cut/the licensing agreements — and watching it before it vanishes. The day Blue Is the Warmest Color goes is probably the day I cancel my Netflix subscription.

A note: If you’ve ever asked yourself how to find French movies on Netflix — remember the secret codes! Here’s the complete list, which offer users easy access to all of Netflix’s not-super-easy-to-find category pages, whether you’re looking for anime comedies or political documentaries or cult horror movies. (Honestly, that list is amazing.) Spoiler: The code for movies from France is 58807. Bookmark this page, and you’ll always go straight to Netflix’s best selection of French movies and TV.

This list will undoubtedly change in a blink, so watch these while you can.

[THIS JUST LEFT NETFLIX! IT’S NOW ON AMAZON PRIME] This isn’t just one of the best French movies on Netflix, nor one of the best movies on Netflix, generally — this is on my top-10 list of the best films I’ve ever seen. If you’ve ever had your heart broken — a universal experience if ever there was one — you’ll see yourself in this story about the relationship between an artist and a student living in a dreary city in northern France. (It was shot largely in Lille, which, P.S., I also love, though not as much as this movie.) A lot of attention was paid to the long and perhaps needlessly intimate sex scenes — both actresses, Léa Seydoux and Adèle Exarchopoulos, complained about them after the film’s release — but it missed the point: the beauty and poignancy of the relationship depicted. It’s in a league with Eternal Sunshine of the Spotless Mind and Before Sunset as a singularly wonderful (and heartbreaking) romance. (Here’s an even longer discussion of it, if you’re interested.) Exarchopoulos’s portrayal of a lovesick teenager deserved more attention than it got.

If you’re making a list of French movies to watch on Netflix, start with this one — just note that there are a lot of sex scenes, so take that into consideration when you’re deciding who to watch a movie with.

Three seasons of this funny, sardonic sitcom about the slightly amoral employees of a Parisian entertainment agency are on Netflix. On or off Netflix, it’s my favorite French television series, like a cross between Extras and basically every cynical workplace comedy. Like Extras, famous names drop by in each episode to enliven the proceedings. (Most of them are less well-known in the anglophone world, though Juliette Binoche shows up for the second season’s finale.) It’s a crash course in a particular strata of French life, and the main characters — like ingénue Cami (who’s not not in love with her half-brother), wry Hervé, imperious but deeply fucked up Matthias, sweet but schlubby Gabriel, and perpetually aggro Andrea — are well drawn and intriguing. Tee this up for a weekend binge-watch; each six-episode set builds nicely to the big finale.

There aren’t a ton of French TV shows on Netflix, which makes sense, since I swear to God reruns of Cold Case and Criminal Minds make up 80% of French prime-time viewing. This, luckily, is one of the best.

Without a doubt the strangest, most singular movie on this list, the animated I Lost My Body tells the story of the orphaned Naoufel, librarian Gabrielle, and a dismembered hand, tasked with making its way across Paris to — what? Its owner? A body missing a hand? Qui sait, as the film opens. It’s hard to wrap your head around the story until all the elements begin to coalesce, so what you do instead is focus on moments of exceptional narrative clarity — like a drowning hand (really) or an encounter in an apartment building vestibule that I found so beautiful I rewatched it twice in French and once in English. (For my money, the tone — of ennui, curiosity, resignation — is better in French, though I will never not be happy to hear Dev Patel’s voice come out of my laptop speakers; Hakim Faris voices the French version.) And the score — good God, the score, by Dan Levy (in fact a French composer, not our hero from Schitt’s Creek) is beyond perfection. (See him talk about it here.) Some day, they’re going to make a movie from my book, and I’m not going to let them do it unless Dan Levy can compose the score.

Anyhoo: This is on Netflix and it’s nominated for an Oscar! Go watch it!

I actually loved this movie from writer-director Olivier Assayas, a testament to economical filmmaking, though opinions vary. (My BFF hated it so much she texted me midway through to tell me so.) Here, Kirsten Stewart (who is great!) co-stars with Juliette Binoche, who plays an actress about to step into the theatrical role that, quite a while ago, launched her career. A movie about the painful yet inevitable yet not entirely unrewarding process of aging, and marginally about the film industry? It’s basically a checklist for a French movie.

Of all the movies and shows here, it’s the “artsiest” of the lot — predictably, they loved it at Sundance.

The French are often elegant, but their comedy is often utterly ridiculous, and that is the case with A Very Secret Service — like a John LeCarré story in which all the spies keep slipping on bananas greased with Nutella. As spy shows go, Jason Bourne it’s not — but there’s a certain audacity in being so reliably silly.

Imagine if Heat were, like, extremely, extremely, extremely stripped down (all the way to 81 minutes) and set in Paris, and you have The Crew. If you like heist movies half as much as I do, you will enjoy this movie, which seems like an appropriately French version of an action-movie blockbuster. (Meaning that there’s some action, though not a lot, and it wasn’t quite a blockbuster.) It’s not better than Heat (from which it is clearly derived), but what is?

French cinéastes tend to love Kristen Stewart — she’s the first American actress to win a César, the French equivalent of the Oscars. That was for Sils Maria, above, but I actually prefer her in this quasi-not-quite horror movie, her follow-up to that movie with Assayas. (If you’re wondering how much they like each other, see him pay tribute to her at the 2019 Deauville American Film Festival.) Here, she plays a personal shopper for a rich, strange woman — all while trying to figure out if her brother’s contacting her from beyond the grave. It’s funny, and sad, and moving — and a very French take on the psychological thrillers genre (meaning it’s 90% psychological, 10% thriller). 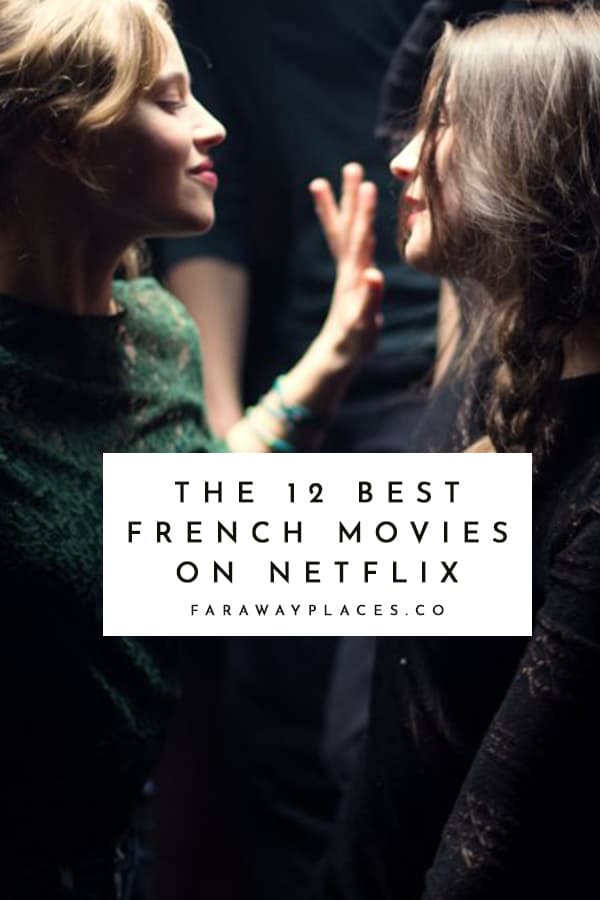