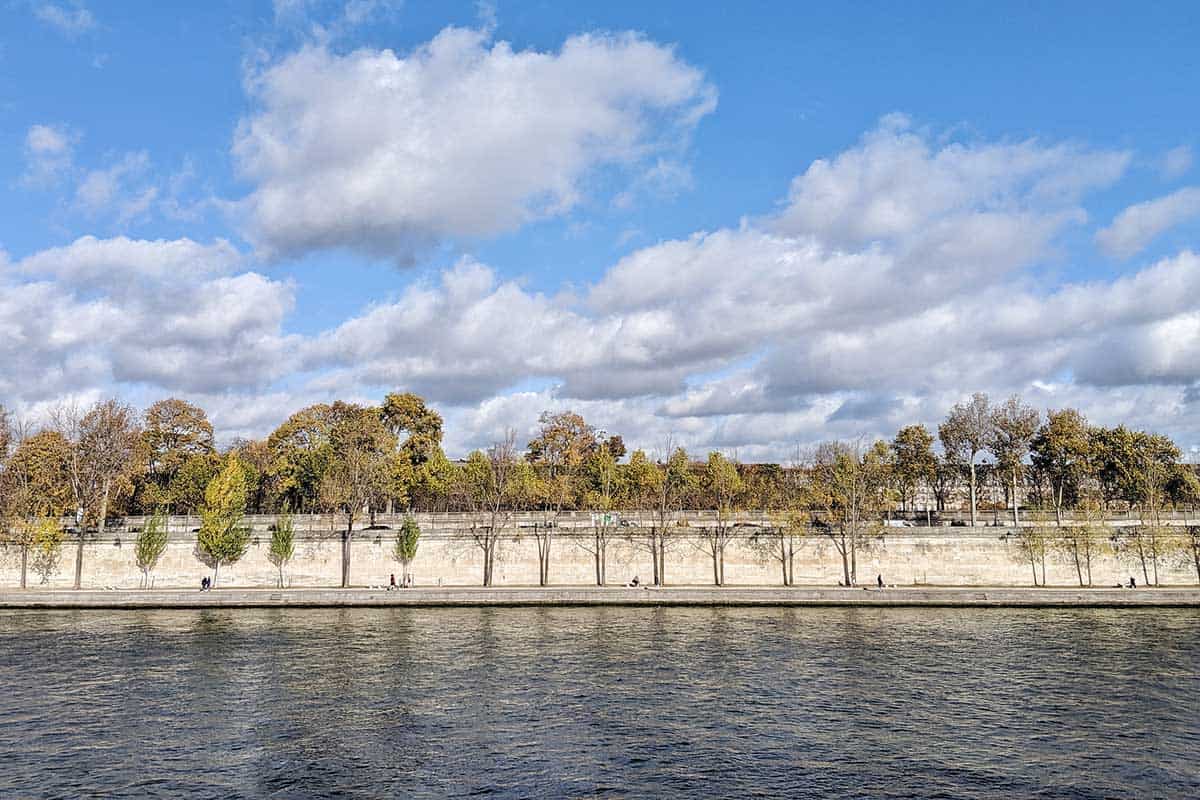 The best time of the year to visit Paris is right around the summer solstice—a.k.a. in time to see the Fête de la musique, or Music Fest, an all-night music party. (Not to mention—the sun won’t go down until basically midnight. It’s magic.)

If you can’t make it then, here are all the months—ranked!

#1: June
Not too hold, not too cold. It’s definitely busier than it was a couple months ago—but who cares? Everybody’s down by the river, drinking wine from plastic cups.
Weather: Perfect
Notable festivals or events: Fête de la musique—the best day on the Paris calendar, when bands play everywhere in Paris and everyone hangs out all night long.
Best place to be: On the Seine, with a bottle of whatever and a spread of snacks

#2: April
They sing the song for a reason. Paris actually usually begins blooming in March—this depends entirely on the weather—but in April the flowers and flowering trees are in full tilt. It’s magical.
Weather: It can be quite horrible and rainy and wet—but also quite nice!
Notable festivals or events: Easter, usually, which means a proliferation of chocolate rabbits in the sweet shops
Best place to be: In the Jardin des Plantes

#3: July
Basically just like June, only hotter,  and more of an emphasis on Seine-side drinking.
Weather: It can get uncomfortably hot—like over 100—with no air conditioners in sight.
Notable festivals or events: Bastille Day! Or “14 juillet,” as it’s pronounced here.
Best place to be: At a rooftop bar like Le Perchoir

#5: May
The amazing thing about May is that basically half of the workdays are holidays, which means all of Paris is in a good mood. (OK, not quite, but it can work out that there’s one vacation day per week!)
Weather: Variable—it can get hot or it can stay wet.
Notable festivals or events: The French Open
Best place to be: On your way out of town for a three-day weekend in Normandy

#6: January
A dark horse! The interesting thing about January is that it’s never that cold—it usually settles in around 44—and it rarely snows. The mornings, though, are dark—sunrise might be startlingly close to 9 a.m. But the lack of crowds is worth bundling up.
Weather: Piss poor—alright if it’s sunny (which it probably isn’t), bleak if it’s gray (which it probably is), soul-killing if it’s wet.
Notable festivals or events: The sales
Best place to be: At the Louvre, since it’s the closest you’ll come to having it to yourself. 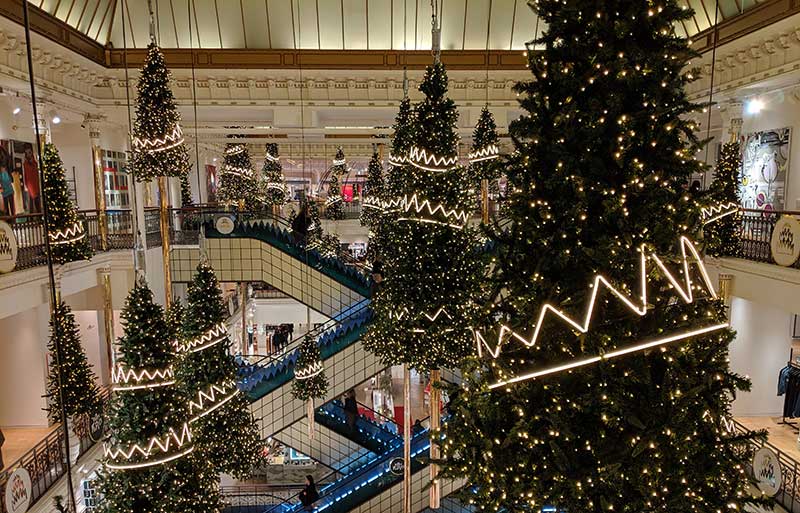 #8: December
Paris can’t beat some other cities for Christmas cheer—like, honestly, if you have the choice, go basically anywhere in Germany—but each neighborhood association puts up their own lights, and it is charming.
Weather: Exceptionally dark, but at least the holiday lights stave it off a little.
Notable festivals or events: There are Christmas markets everywhere.
Best place to be: Drinking vin chaud at the coziest café you can find.

#9: October
If it’s sunny, it’s great, but autumn in Paris lacks the snap-crisp-blue-skies thing that makes them so lovely in the U.S. The leaves don’t turn colors here; they just sort of turn brown and die.
Weather: Until the gray sets in, it’s usually pretty good.
Notable festivals or events: Nuit Blanche is super fun—it’s an all-night party, with events everywhere in Paris.
Best place to be: At a reading at Shakespeare & Co.

#10: September
The weather’s good, but everyone’s in a bad mood because vacation’s over. Of course, there is that spirit of la rentrée—“the return”: basically, back to school for adults.
Weather: Cooler but often a little humid
Notable festivals or events: Head to Lille, just an hour by train, for Europe’s biggest flea market—always the first weekend of September.
Best place to be: In the Tuileries, soaking in the last of the summer sun.

#12: March
The absolute worst.
Weather: Disgusting. Gray. Wet. Cold.
Notable festivals or events: Fashion week starts mid-month and the world’s most fashionable clog everything, especially in the Marais.
Best place to be: On a plane out of the country