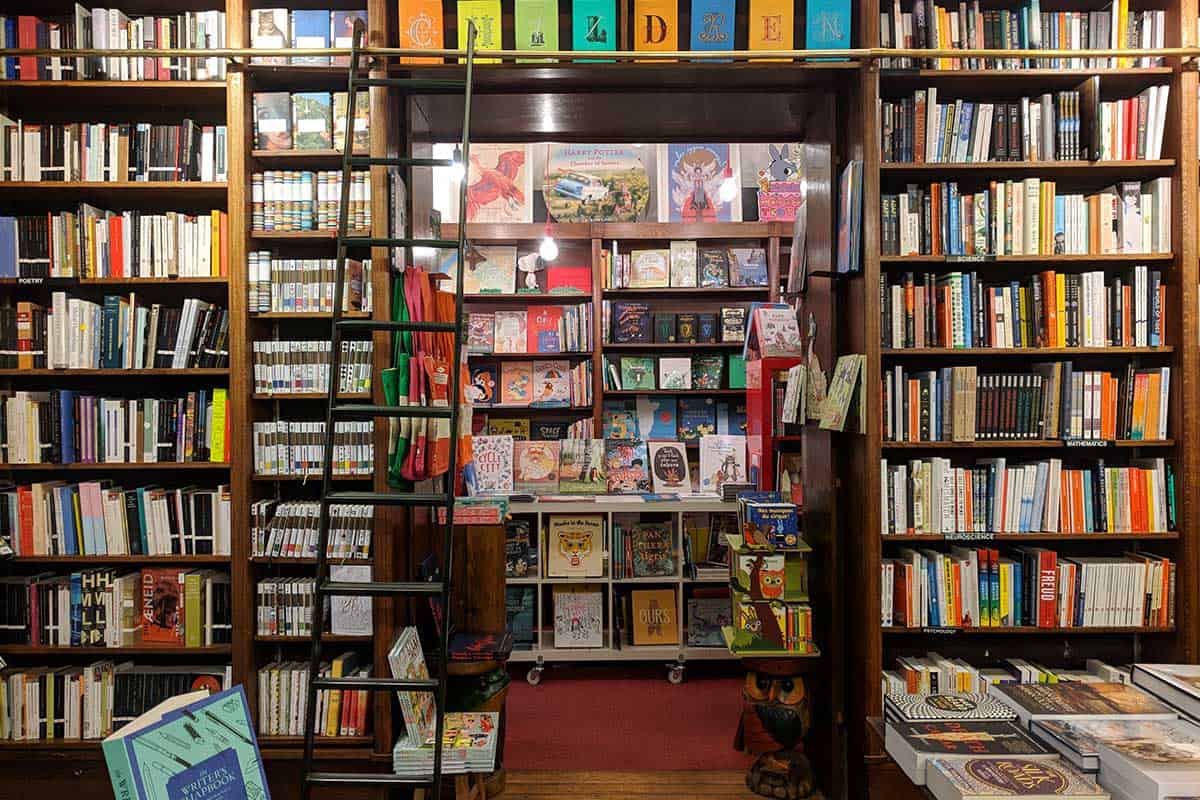 Without further ado, the best bookstores in Paris (mainly for English-speakers), ranked.

GALIGNANI
The first English-language bookstore in France is the perfect stepping stone between W.H. Smith and regular French-language bookstores: The books here are half and half, with a beautiful space in the rear with anglophone editions organized by the author’s nationality (which is great if, like me, you’re trying to read a book from every country in the world). The curation of the fashion, design, architecture, cooking, and gardening books is equally first rate. 224 rue de Rivoli, 1er arr. Metro: Tuileries. galignani.com

A post shared by Shakespeare and Company, Paris (@shakespeareandcoparis) on Aug 3, 2018 at 8:18am PDT

SHAKESPEARE & CO.
No other bookstore speaks to the anglophone writing community’s life in Paris better. Sylvia Beach founded Shakespeare & Co. in 1919 down the street on rue Dupuytren, but it closed during World War II; she gave its name to this shop’s founder, George Whitman, in 1951, who’d orginally called it Le Mistral. It’s now run by his daughter Sylvia—named for Beach. 37 Rue de la Bûcherie, 5th arr. Metro: St-Michel-Notre Dame. shakespeareandcompany.com

W.H. SMITH
It lacks the romance of Shakespeare and Co. or the beautiful galleries down rue de Rivoli at Galignani—but if you want an anglophone book in Paris, this is your best bet. The anglophone magazine section is the tops in town. 248 Rue de Rivoli, 1er. Metro: Concorde. whsmith.fr

A post shared by librairie Yvon Lambert (@librairieyvonlambert) on Sep 6, 2019 at 3:42am PDT

YVON LAMBERT
The selection here isn’t strictly anglophone, but there are still enough picks here to earn it a spot as one of the best English bookstores. The move from rue Vieille du Temple was good for this half-century-old artist’s store, which spreads out here, with ample space in back for its gallery. Expect goods ranging from art-minded mags to artist’s objects like David Shrigley’s “Ridiculous Inflatable Swan-Thing.” 14 rue des Filles du Calvaire, 3rd arr. Metro: Filles du Calvaire. yvon-lambert.com

A post shared by The Red Wheelbarrow (@theredwheelbarrowbookstore) on Aug 29, 2019 at 12:57am PDT

THE RED WHEELBARROW
This seemingly new entrant onto the scene is actually a reboot of the original Red Wheelbarrow in the Marais, which closed in 2012. Now reopened in the 6th with the same owner and a new team of investors, this cute shop, directly across from the Luxembourg Gardens, feels uniquely contemporary next to its peers. If you go to an author reading at the American Library, and you should because they’re great, the books for author signings are often provided by Red Wheelbarrow staff. 9 Rue de Médicis, 6th arr. Metro: Cluny La Sorbonne. theredwheelbarrowbookstore.com