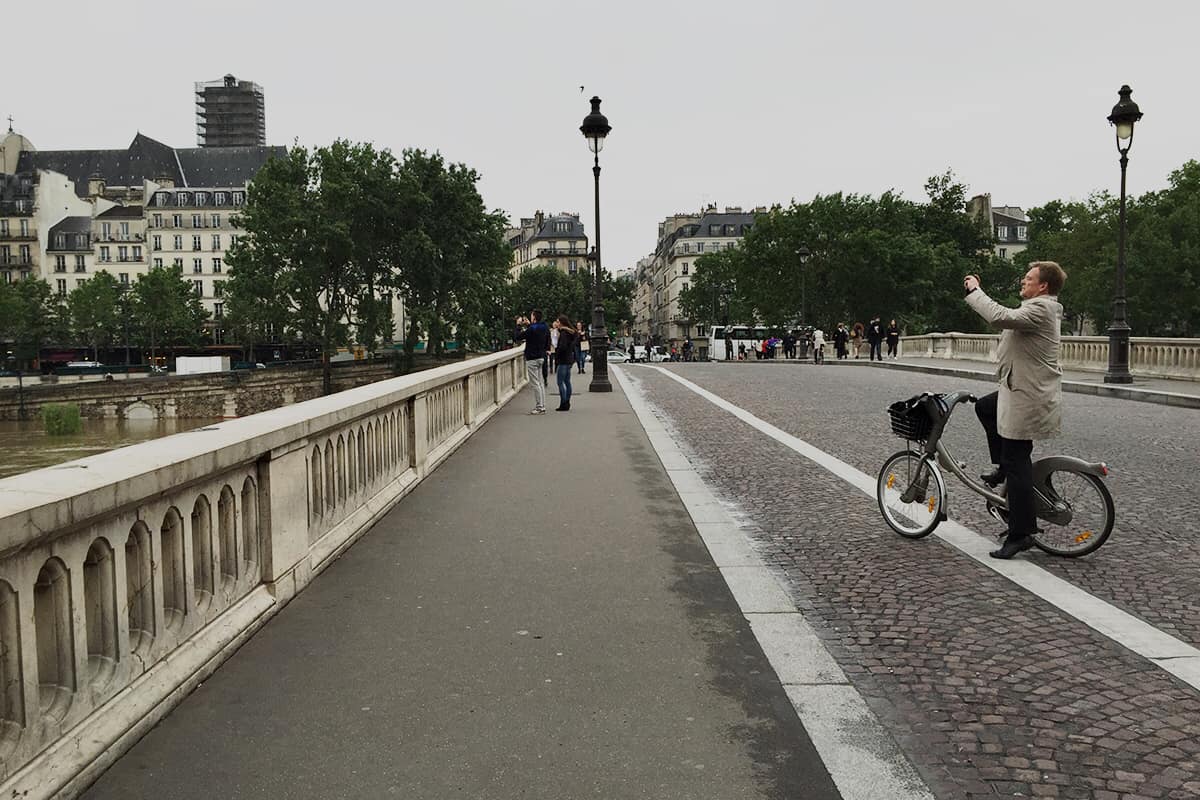 In terms of localized natural disasters, I prefer a blizzard, ideally one that requires early departures from work on Thursday afternoons and necessitates a day off on Friday. At least while the snow still falls, and as long as you don’t have to work/drive/do anything during it, a blizzard in New York City is a beautiful thing. I have only experienced one earthquake in San Francisco, which was very fun, very small, and very confusing.

In 2012, I spent three weeks in Switzerland, hiking and eating Swiss cheese (LOL) that came out of a plastic container. I flew home the night before Hurricane Sandy, having judged (erroneously) that it would be better to be close to my family in case things turned difficult. (Question: What’s worse than three people in the course of a hurricane? Four people!) I always take pictures of the skyline coming into JFK — how can you not? — but that night I took many, many pictures of the Long Island beaches below us: The waves were already starting to rise.

In its smallest spaces, nature is humbling and awe-inspiring — here is the world in a Grain of Sand, there is infinity in a Wild Flower — but those small spaces require that we look closely at them. I’m not sure if nature, itself, is actually more humbling or awe-inspiring during a natural disaster, but it is certainly more insistent on expressing those qualities. This spring, Paris has seen one long list of manmade disasters: strikes, protests, demonstrations, fuel shortages, and train stoppages, most of which, to my outsider’s eyes, have been greeted with a mixture of resignation (to the inconveniences), eye-rolling (firebombing out-of-towners), and support (if not specifically for the striking unions, then at least for batting down the much-maligned labor law that spurred the protests in the first place.)

Untitled from Faraway Places on Vimeo.

I’m not sure who would have guessed “floods” rather than “locusts” or “aliens” as next-up in this perpetually expanding list of grievances, but here we are. The Seine is expected to crest some time today at around 18 feet above its normal level; they call it a “crue centennale,” or, in the words of Poor Richard’s almanac, a 100-year-flood. Paintings in the Louvre and Musée d’Orsay’s basements have spirited away, as if we were at war, with nature, this time. Parisians have responded, as city-dwellers do, with interest, disinterest, and memes. I went to look at the river last night. I did not expect the fun-fair wonderland of a New York City blizzard. Neither did I expect the calamity of Sandy. What I found, though, was something more directly between those two poles than I might have thought. When I first came to Paris, I spent six weeks on the Ile St Louis; its riverside banks were submerged. Only police boats patrol the water’s surface; traffic signs are mostly beneath it. Cops direct pedestrians across the boulevards that parallel the river; all the streetlights are amber.

It was strange and unnerving. Onlookers waited for the most advantageous spot, took their photos, and left; one woman asked me, in French, to take her photo with the Pont Louis-Philippe in the background. (“C’est magnifique!” she said, when I asked her if the picture I had taken was acceptable.) We were all witness to something strange and incredible and, in the most literal sense of the word, awe-inspiring: It was, plainly, awesome to see what we saw, and terrible, too: My friend Kaaren wrote that what she saw was evidence of global warming, written plainly, for all to see. Last summer I went into a vintage shop here, and the one thing I wanted was not for sale: a ceramic doe, sitting in a meadow. I didn’t know the word for that animal then, but I do now: biche. When I left the river yesterday, I returned to my memory of that deer: Seeing the river as we had was like seeing an animal in pain: that deer, caught in a trap. It made me feel that of all the wars we are fighting, the one we fight against the natural world is the one we will fight best, and the one we will lose worst.