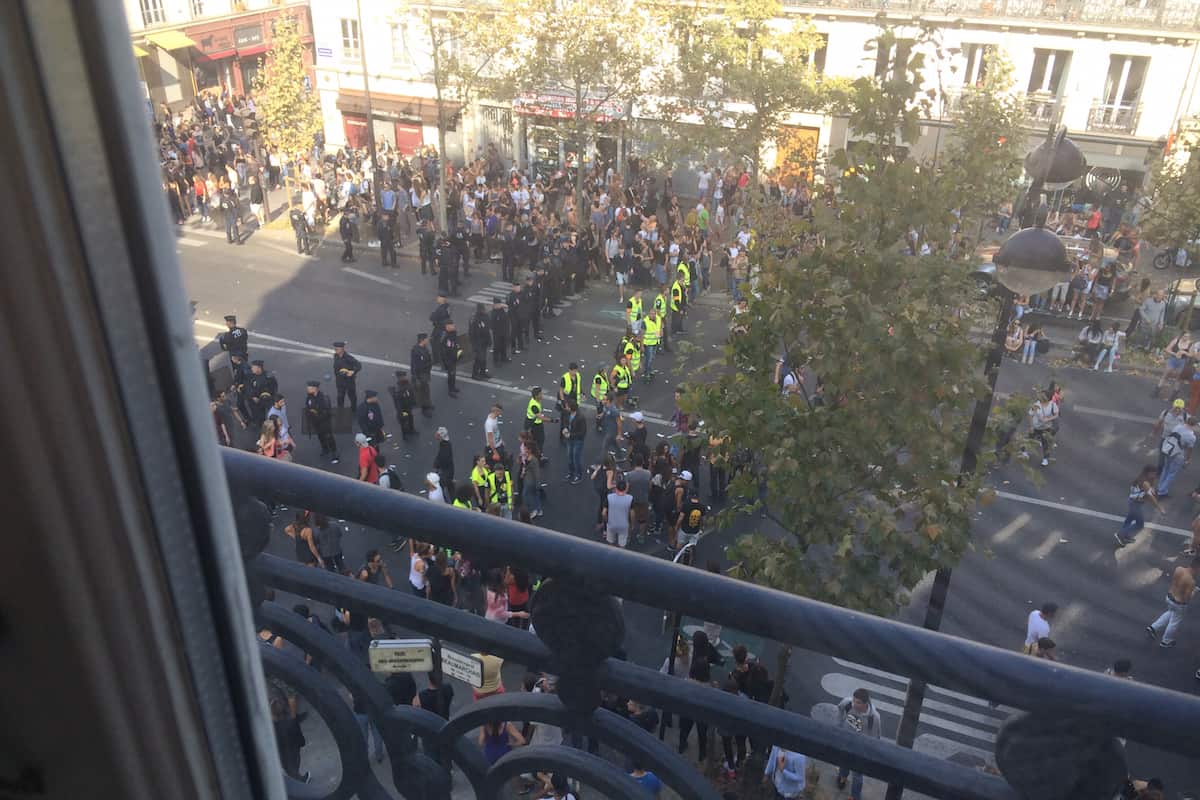 My first real apartment in Paris was a one-bedroom sublet above boulevard Beaumarchais. This was exciting because I had never lived in a one-bedroom before, even if the kitchen was so small you had to walk through it sideways. Also, I stole my neighbor’s vacuum cleaner for three hours before putting it back. I feel bad about that.

I didn’t know it at the time, but boulevard Beaumarchais is a central route for Parisian protests, connecting, as it does, place de la République and Bastille. Every other weekend, it seemed, someone was marching down the boulevard. My favorite were the farmers, whose demands I did not understand but who always brought ponies. The farmers and the ponies would march to or from République, municipal cleaners would magically descend upon the street to clean up after the ponies, and the traffic would resume.

It was magical for two reasons. One: You don’t get to see a lot of ponies in the middle of a city, and that is exciting. Two: I had never experienced a culture where orderly demonstrations were so frequent and so ordinary: Somewhere, there was a budget that accounted for workers tidying up the street after a parade of protesting ponies. That seemed like a good civic value.

There have been a lot of protests in France over the past year, and I am always surprised at the level of eh-whatever support they seem to have. Earlier this year, unions shut down trains, planes, and automobiles, after strikers shut down refineries, the national rail lines, and air traffic control. Not all of the protests are pony-levels of nice: The passage of a labor law here has been hugely contested. Activists smashed windows at a famous children’s hospital and torched cars. What I found, among my non-activist friends, was a lot of shoulder-shrugging, eye-rolling, and support. “They strike,” one man told me, “for me as well as themselves.” And he was a lawyer!

The relationship between the people and those who would ostensibly govern them seems here to be centrally different. It is antagonistic, certainly, as is perhaps often the case. But here, in my limited experience, there seems to be an understanding that the government is comprised of buffoons and meddlers. And so, like a dog, the government must be brought to heel. The protests and strikes are meant to remind them that the power is with the people. If they need to vandalize a children’s hospital to make that point, so be it: It may be an inconvenience, it may be unpleasant, it may even be in opposition to my own views — but even within that disagreement was respect for the tools, for the protest, for the activism itself, for the action taken to demand a better and more just system.

I am surprised and sad to see that admiration absent from the discussion around the protest begun by Colin Kaepernick and now coursing through sports programs of all levels. Perhaps I can understand a lack of sympathy for aims of the protest, since the effort to end this small genocide has been so poisoned, and so speciously cast as a binary war between black Americans and police, in which only one side will emerge victorious. But I regard the lack of honor for the tools of protest its own sort of tragedy. Kaepernick’s protest is silent; he has broken no windows, torched no cars. He has raised a flag, at sea, to say Our ship is burning to ashes.

I do not know when acquiescence became a national value, and one of greater value than problem solving — which is what protest is, at its heart.

I cannot understand how we, as Americans, can look at the facts and the figures — the videotapes and the dash-cam footage — and not acknowledge that there is rot in our body national, and it must be expunged, for the good of our country.