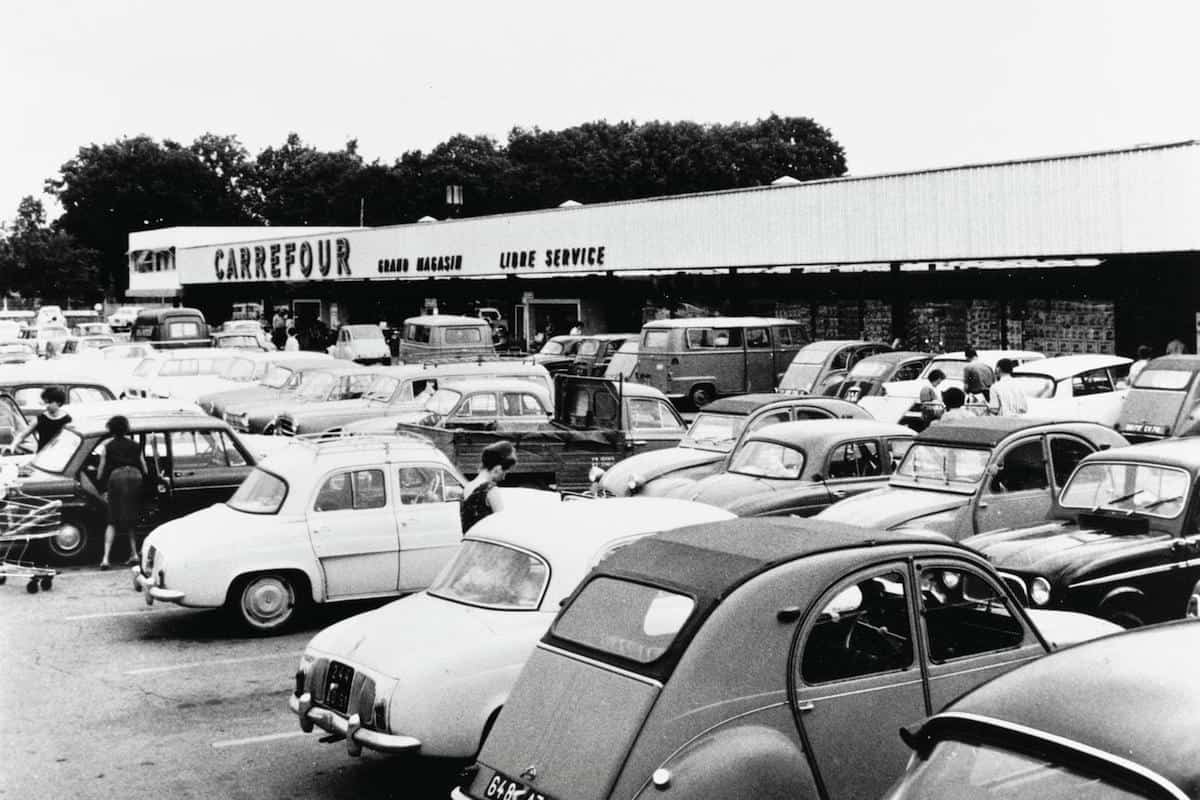 First, as I believe it is customary, I begin my story about being accused of shoplifting by saying I am no Jean Valjean, stealing bread for my family — which is a terrible situation to be in, and something to think about as I share a city with thousands of migrants and refugees who cannot enter a supermarket as I can: with the knowledge that as long as I avoid the aisle with the very expensive whiskey, I can pay for what I see. I thought about that quite a bit after I was accused of shoplifting: how my experience, which, while amazing in a very sideways sort of way, was made possible — and ridiculous, rather than threatening — because of my own economic security. Because my new-new book is about a refugee, I have been thinking about this a lot, and I feel the need to draw a circle around my own experience today — which I still want to share, but only with those asterisks attached.

So today after going to the flea market, I made the mistake of going to Carrefour — which is to say, at 12:30 p.m. on a Sunday afternoon. Many French grocery stores, if open on Sunday at all, close at 1 p.m. (read: 12:45). It reminds me of the day I went to the grocery store on Flatbush Avenue before Hurricane Sandy, in that everyone was buying groceries but in a panic, and so everyone had, like, six packs of beer, two pounds of kale, a bag of Haribo peaches, a single glass container of $12 tomato sauce and two cartons of ice cream. In short: Carrefour was a mess, and so I decided to put my single planned purchase back on the shelf and leave. This process was impeded by the fact that exits were not permitted from the main entrance and to get to the regular entrance required shoving down the length of a cash register line. I shoved.

It was at that point that the security guard stopped me. “Let me see your bag,” he said, in French.

Now, this is why this was a special occasion. What I have discovered is that my experiences abroad generally result in extreme docility. It is impossible to argue; it is impossible — for me, anyway — to fight back. Now: I am, at the end of the day, a New Yorker, and one part of being a New Yorker is accepting the fact that sometimes, you will need to fight your corner. I do not do that in France. I cannot even remember how many times I have been served the wrong meal, a terrible meal, been shortchanged or inconvenienced. There is an equivalent to Seamless here called Deliveroo, and what in New York would incur correction (or yelling! or strongly worded emails!), here — well, as long as most of the food is there, so be it, because while I can fight my corner in English, I cannot do it in French. This is not all bad: I no longer have particularly high expectations of my day-to-day customer service experiences, and in that relinquishment comes a not-insignificant level of peace. But I draw the line, apparently, and that line is at being accused of shoplifting.

I don’t know what the security guard thought when he was observing me before the j’accuse moment: Why is that lady wearing clothes for the sleeping chamber at the grocery store? perhaps. But I think — and I say this because I once worked in a retail environment, and we would see this occasionally — he quickly arrived at that moment when you encounter a level of indignation (mine) that was either a spectacular bluff or actual indignation, and usually — at least at the Bridgewater Commons GapKids — it was the latter. And so his focus went from convincing me to show him what was in my bag — which I knew, but he did not, contained the three books I thought I would somehow need on a 40-minute metro ride, a 1930s lamp I had just bought at the flea market, and crumbs — to explaining the difference between a sac à main (a handbag) and a sac de courses (a shopping bag). But plenty of people had entered and exited the store with bags bigger than mine without inspection.

What would have been irritation in New York, though, was compounded, or reframed, by glee, because even as this was going on — even as I was telling him to call the police, or maybe to call the watermelon, my vocab got a little all over the place toward the end — I was becoming more and more ecstatic: I was fighting my corner in French.

I was only able to do it because I was right: I knew that even though I might be dressed in my yoga clothes, even though I might have fit his picture of what a Sunday early-afternoon thief might look like, I had not, in fact, stolen anything; he could call the police and I would not be deported. So I had the authority that comes with knowing I was in the right. But I had been in the right a million times before and never fought back, and there I was, fighting back. People were watching us, staring at us, and I thought: I don’t care! Stare away! Enjoy my occasional use of the subjunctive!

Call the policemen! I told him. Call the watermelon!

I was too happy, though, to continue being argumentative, and though I was indignant at being accusée, I was surprised and somewhat charmed by the fact that although the security guard had situated himself so as to physically prevent me from leaving the store, he was simultaneously offering a rather patient discourse on the sac à main v. sac de courses situation. I was too happy to be mad.

“Fine fine fine,” I said, in English, opening my bag, revealing the crumbs and the books and the lamp.

He stepped aside, and I left.