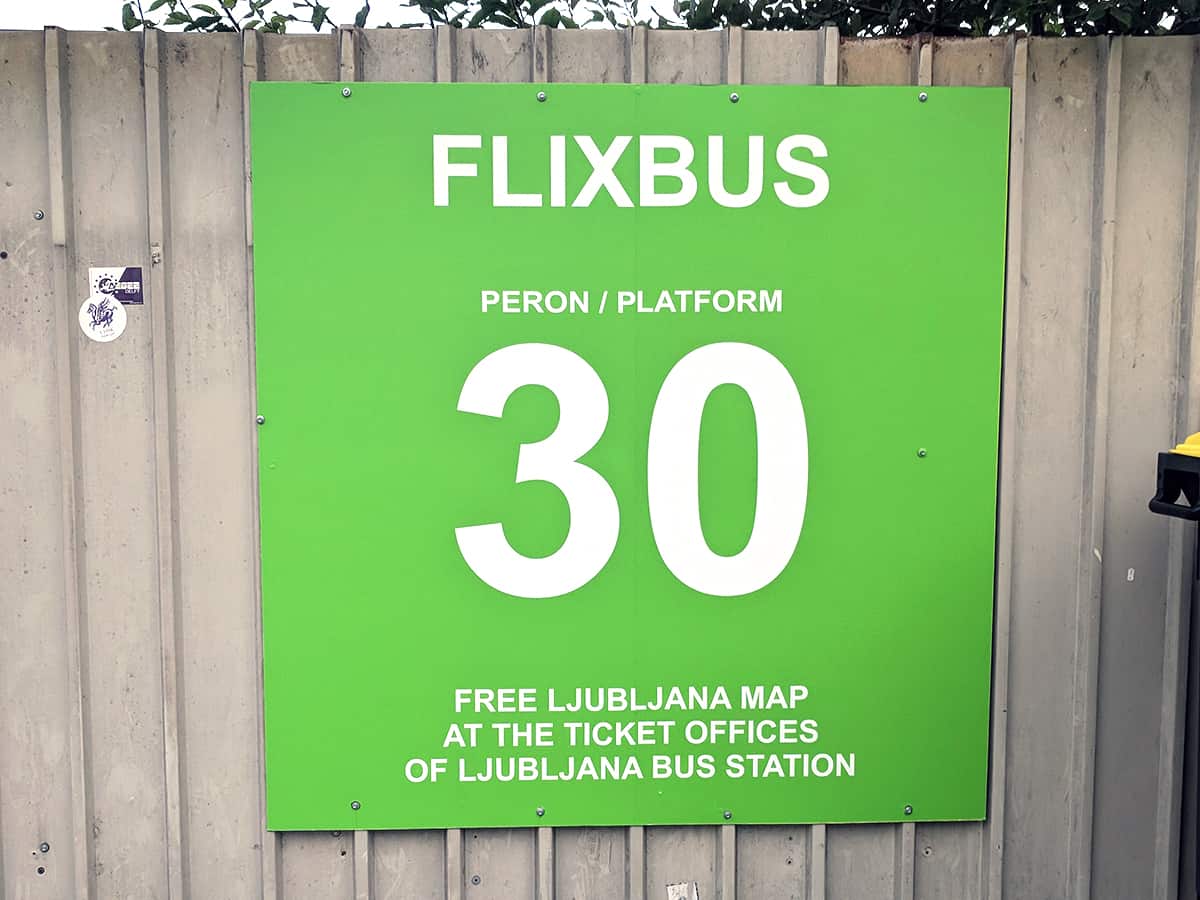 Here’s the thing about buses: I hate them. Love a city bus, hate a long-distance bus. It’s like being stuck on a plane, but for longer, and without going as far. There is no instance in which I would rather take a bus than a train, since the latter allow freedom of movement, higher speeds, better toilets, and better scenery unless you are extremely excited by highways. I am very much #teamtrain. Welcome, then, to my Flixbus review.

Of course, there are places where buses are, practically speaking, better than trains, and that is how Flixbus came into my life.

Flixbus is a new-ish long-distance bus brand, and it’s a staple of travel in parts of Europe, especially in regions where train travel is (a) infrequent or (b) expensive. I was in the former: Eastern Europe. It can be very cheap, and I have never seen a fare more than $37.

For years, I have wanted to travel between Italy and Slovenia. This is not an exaggeration: Trieste was, weirdly enough, one of my first trips out of the United States, and I remember staring across the border to Slovenia and thinking: Someday. Unfortunately, unless you happen to be in Trieste (unlikely) and unless you want to literally cross the border and return (equally so), it’s a hassle—if, for example, you were going, like I recently did, from Trieste to Slovenia’s capital, Ljubljana. You can take a train, but you need to connect in Austria, and you have probably already guessed that that is not an efficient use of either time or money. So a bus it was—and I was eager to try Flixbus, which recently debuted services in the U.S. I knew from an aborted Flixbus trip between Vienna and Budapest that the company has an excellent website, a straightforward booking system, and a solid app. Here’s something important to know about Flixbus: the website, booking system, and app—along with the smart marketing—really are the company. Flixbus isn’t equivalent to an airline like American, which for the most part owns and operates its own fleet of planes. Flixbus is only the shiny bits: it contracts with local companies to provide and run the buses. (One Flixbus I saw was more transparent about this arrangement than others: It identified itself as “Nomago in cooperation with Flixbus.”) That’s great for Flixbus (scalability—just make a bunch of deals with rando bus companies all over the world, and stick green Flixbus branding on it!) but less so for us, since it means there’s no way to predict the quality of service between different places: the buses, staffing, everything on, say, my Flixbus route between Ljubljana and Trieste could be completely different from the Flixbus route between Berlin and Amsterdam. This Flixbus review — of my two trips — probably can’t stand in for any other Flixbus trip, which is annoying — there’s no predictability of service between different places.

For this, I would get to test the bus, twice: between Trieste and Ljubljana, and then from Ljubljana to Zagreb, the capital of Croatia.

My first problem is actually the thing I hate most about buses, even more than what’s listed above: boarding. Train stations are generally easy: You have a time and a track number and that’s it. With buses … this is less the case. In Trieste, the bus station was a Port Authority-like structure next to the train station—but I didn’t see signs, and following the address on my Flixbus confirmation led me to the buses’ parking lot. If I hadn’t scheduled an hour between my train and my bus, I would have missed it. As for the Flixbus experience. I did not expect anything special, and I certainly did not get anything special. There were two USB ports and one regular electrical outlet—which lucky enough I didn’t have to fight for, since, thanks be to God, the seat next to me was empty. (I’d paid the extra $1.50 to book my seat, since I wanted a window.) Beyond that, nothing elevated this trip above any other I have ever taken on a bus. It was just a bus. A bus! A normal bus that smelled rather unappealing after the driver let us wait on it without air conditioning for 10 minutes.

There’s supposed to be wifi, but it was so slow that I couldn’t use it. From reading other Flixbus reviews, I gather that this is more the norm than the exception.

The next day, I had another Flixbus—this time from Ljubljana to Zagreb. It was delayed an hour. I didn’t get the notification about the delay until I was already at the bus station.

Without anything else to do, I went to the train station, where I discovered that there actually was a train to Zagreb, that would take about 10 minutes less than the bus, and left in 15 minutes. And it cost €9. (The bus had been €15.)

I would absolutely travel with them again, because the ease of their online booking service is no small thing, though I wish the app’s ability to direct passengers to the boarding spot was more robust.

This is to say: I would absolutely choose Flixbus over a bus line that didn’t offer a snazzy app and online booking.

But I would absolutely take the train over Flixbus every single time. At the end of the day, it’s still just a slow, smelly, and in my experience, un-wifi’d bus.