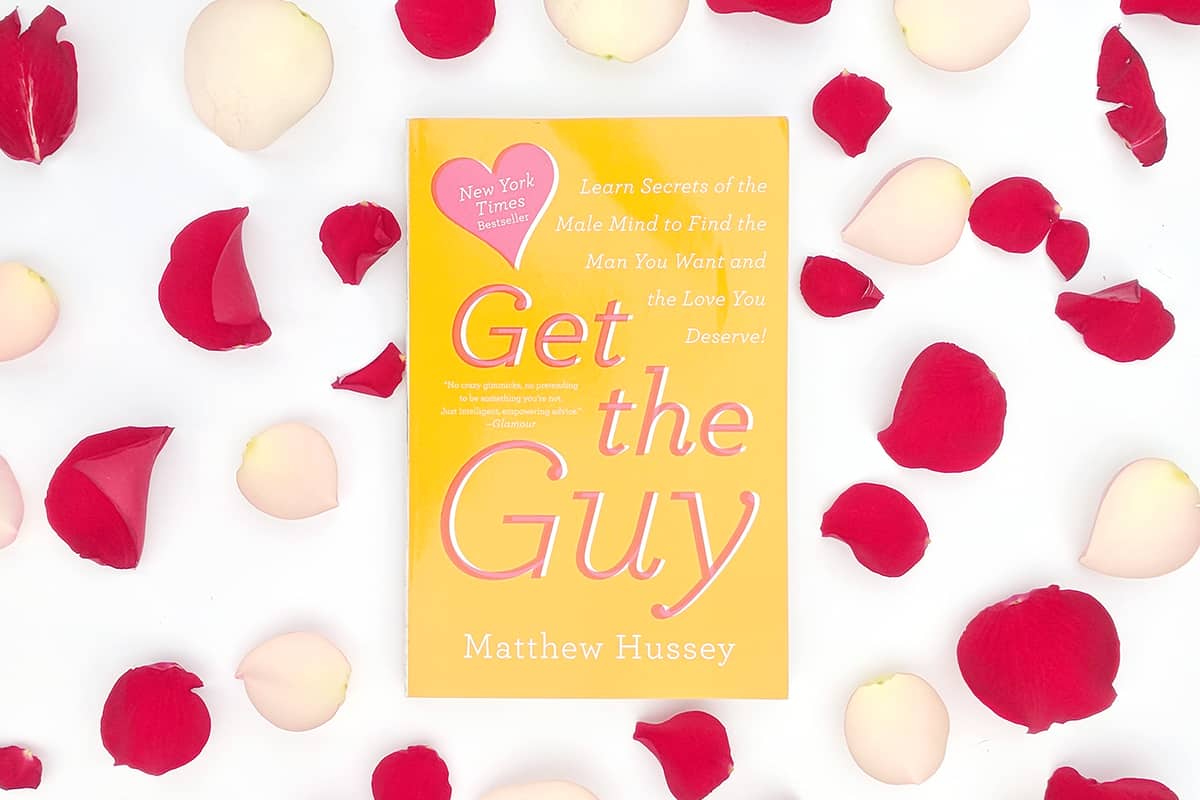 My Get the Guy review:

Matthew Hussey’s book “Get the Guy” changed my life.

Sounds like an exaggeration, right? It’s not. Nothing — nothing — has done more to change my perspective on dating, relationships and love more than this book, which I initially listened to on Audible while driving to my family vacation in Maryland. What he had to say was so important to me that it took me an extra hour to get there, because I kept stopping in random parking lots to take notes. My Get the Guy review? Get it.

I don’t have it too bad: I like what I do, I have a solid network of friends and family, and I get to travel a lot. I’m not complaining. But there are, one might say, areas for improvement: I haven’t had a boyfriend for two years. And I’m a mess with money. I could be doing more with my days. I spend a lot of time looking out windows — which I generally think is a good thing, but can devolve into entirely too much relaxation. (Slash-ennui.) Here’s the thing: Get the Guy made me so much better at meeting people, and so much more enthusiastic about relationships in general, that I started wondering: What else could I learn? And because I like a list/challenge as much as anyone, I’ve resolved to read one self-help book a week for the rest of the year. This is book #1. I give it an A+.

I hope I’ll be cooler/smarter/fitter/more successful in a year. But first, my Get the Guy review, because it’s amazing and everyone should know about it.

What I love about this book is that it doesn’t spend too much time getting into anyone’s head. Dating, Hussey says, is a product of actions — easily achievable actions. And its success depends on volume — on meeting lots and lots of people. The thing I remember more about this book than anything else is this, an idea introduced in sentence one of chapter one: “How many guys do you meet in an average week?”

For me: the answer is often none.

I work at home. I’m a novelist. I travel a lot. Except for the motivated (rather than the tired, and I guess I am both, but I’m more the latter), it is easy to just isolate behind a pair of Bose headphones and downloaded movies. I haven’t always been like this — before going freelance, I worked in a series of magazine offices. Of course, these weren’t exactly great meeting spots, since I worked mostly with women, and I date guys. But I was out and about in a way I’m not now. So this part:

I’m sure I’m not the only writer out there who’s like, I would have to change everything.

I’d just read this book before I left for a trip to Croatia, and I started my challenge then and there. I talked to a Croatian guy who owned a salad shop (FRANKLY THE BEST SALAD OF MY LIFE, BUT OK.) I talked to an American guy who was in Zagreb for a saxophone convention (really). I talked to a guy in the salad shop who was Canadian. I did not date any of them. But I might have! I don’t think it takes much more than a few exchanges to think “Hmm, maybe there’s something here.” And after reading this book, I felt empowered to do that. Of course, I almost immediately stopped talking to anyone except my already established friends after I got home and went back to work. And if you asked me right now if tomorrow I had the choice between going to the Bay of Kotor or meeting the love of my life — I swear, I’d ask if I could meet the love of my life next week (right after getting back from the Bay of Kotor.) I might just like to travel too much to settle down. But. But.

I really am going to do the 200-man challenge. Maybe … next month. (I know, I know. I want a relationship, but not more, at this moment, than I want to do whatever I want. It’s a conundrum.)

Another part of this book that really spoke to me: the chapter on being a “high-value woman” and specifically the section on femininity. (Hussy acknowledges that this is difficult ground, politically speaking: “Femininity and issues of equality have become so confused that it feels hazardous to even have the conversation.”) I have a lot of guy friends; I’m used to paying my own way. I am really good at some things and hopeless at others, which sort of obviates anyone else’s ability to step in and help — either I’ve already done it or it’s a disaster. But here he talks about ways to find a middle ground, and not be quite so much on the annoying side of independent: standoffish, untouchable.

In terms of what didn’t resonate for me: I skipped the chapter on texting because I’m that person at the party who doesn’t text, and I skipped most of the chapter on online dating, because I’ve always had better luck IRL than online.

I found this to be an incredibly hopeful book. There’s a section in the middle about dealing with baggage (I’m too young, I’m too old, I have kids, etc. etc.) that was heartening. But the best part comes toward the end:

My oldest client was a woman who followed my online program at home. She emailed me to say: “I want you to pass on a message to everyone you coach. I’m 83 years old and I’m retired. Through your coaching I’ve met the man of my dreams. We’re spending our days right now building a boat, and when it’s done we’re going to sail away in it together. If it can happen to me at my age, with everything I’ve been through in my life, it can happen to anyone.”

I’m in a better mood just typing that out. Now please wish me luck as I start chatting up every guy whose path I cross so I can get to 200 by the end of the year.

If you want to dip your toe into all this, I suggest MH’s YouTube channel. When I’m not reading self-help books, I’m reading a book from every country in the world. Here’s more on that.