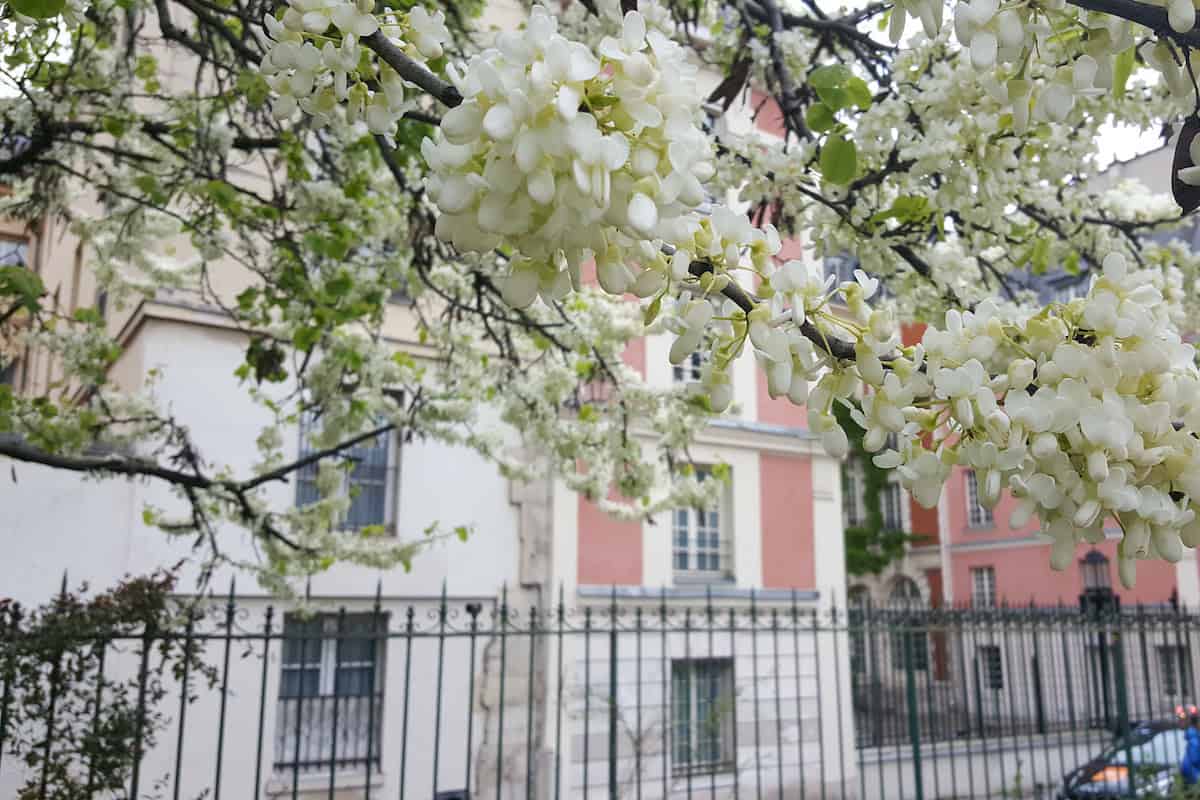 Paris’s Marais neighborhood doesn’t have an expansive park like the Jardin des Plantes or the bois that edge the city’s western and eastern edges — instead, it has gorgeous pocket parks, ranging from a fraction of an acre to several city blocks. See below for my five top picks, with a number of lunch suggestions — this list is a biased list of personal favorites, and does not include iconic spots like the Place des Vosges — simply because I prefer these. Vive la différence!

1. Square Léopold-Achille
Bigger than the Square Georges Cain around the corner, Léopold-Achille was once part of the expansive royal park that stretched all the way to the Place des Vosges. The statues were rescued from the former City Hall, which burned to the ground during the Paris Commune. This park is especially nice in the spring, when the flowering trees are in bloom.

2. Square Georges Cain
There’s a beautiful ornamental garden in this pocket park, organized around a 17th-century statue at its center. This park is equally well suited to snacks: Go across the street to the Swedish Institute for a cinnamon roll and coffee and settle in here. (There’s free wifi, too.) 2. Square du Temple
There’s nothing subtle about the appeal of the Square du Temple, which borders the main commercial street in the 3rd arrondissement: rue de Bretagne. Step inside and you’ll find decorative ponds bordered by weeping willows, ducks swimming along the edge. There’s a large play area for kids and tons of benches. (Our choice for lunch: Mmmozza, across the street — superior mozzarella sandwiches.) 4. Jardin de l’Hôtel Salé – Léonor Fini
This is the perfect place to head after a morning at the Picasso Museum — it backs up against the rear of the Hôtel Salé, which houses the painter’s collection. Get crepes pour emporter at Breizh, across rue de Vieille du Temple, and eat them on one of the benches.