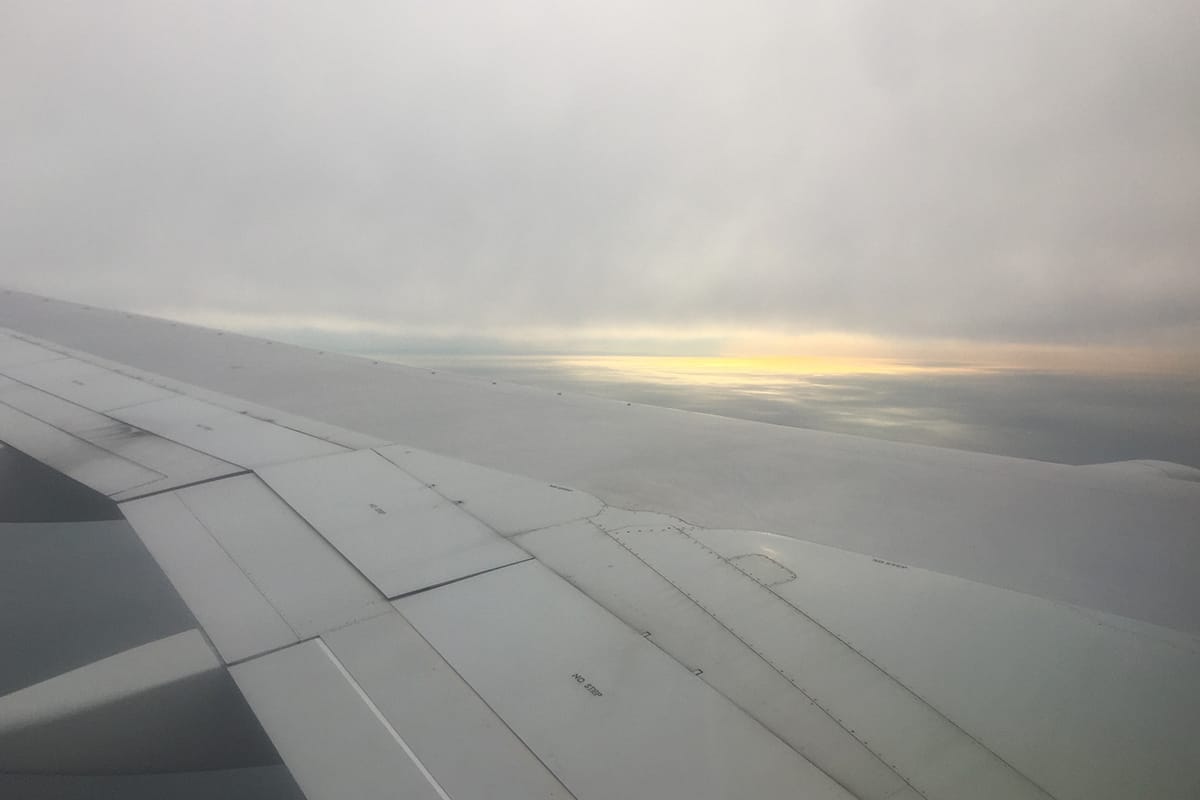 A week after the Bataclan massacre, I flew home to New York for Thanksgiving on an OpenSkies flight. Each of those details matters: That it was only a week. That it was the day before Thanksgiving. That I was flying to New York — which, as a New Yorker, I know to be the best city in the world, and thus, the most attractive possible target to those who would injure America, regardless of our own distinct politics, regardless of the fact that we are the best example of myriad communities living in fractious harmony, drooling on each other as we sleep on the Q train.

Also, that I was flying on OpenSkies. This is a strange, little airline, a subsidiary of British Airways that flies only between Paris and New York. Half its cabin is business or first class; the few remaining seats are given to us proletariats in economy. Flight attendants offer us iPads. We are the 99% in the back, but there are so few of us, and the iPads are so soothing. As these things go, it’s a nice way to fly.

It is a small plane for a long-haul flight — three seats by three seats, with a narrow aisle down the middle — so if there’s a line for the bathroom, it snakes through the cabin. I was perhaps six rows back and stood above three men speaking Arabic, arguing over  what appeared to be a hand-drawn map, which from its grid-like structure I knew could only be Manhattan. I thought I heard the names of streets: Prince and Broome.

I was not sure-sure, but I was sure I had uncovered a plot to bomb New York.

What could I do?

A moment. Many years ago now, I was mugged, walking down Bergen Street in Brooklyn to my apartment on Nevins. (“Why on Earth would you go that way?” my landlady asked when I told her I was moving out, more perplexed at my route than the crime.) A few months later, I was walking from a bar in Philadelphia to the train station, well after midnight, and I found myself alone, suddenly face to face with a man who might have been the one who’d mugged me. I flagged him down and asked him if he had the time, and then for directions to the station, which I already had. He gave me both. I thanked him, and he went on his way.

I would not have done this if I’d believed him to be a legitimate threat. He mirrored a legitimate threat, and that was all, and the only way I had to deal with it was to jump into it. “Ain’t no way round it but through it.” a yoga teacher once told me. He was talking about a wrist injury, but I have thought of it often, and in many other contexts.

Back to the plane.

Anyone who has ever been to France would know that at this point, I was the one exhibiting aberrant behavior, not the men, but I was lucky, and at this, women sitting in front and in back of the men stood up. “You are from New York?” one said in English. “Can you tell us which is the best store for the Uggs?”

“We will be too late for the sales?” one of the men said. “They say they start tomorrow. But we are not certain. Is it to Macy’s to which we should go?”

“It depends on each store,” I said. I made them a list of stores I thought would be open, stores that would be closed until Friday. I told them to go to Macy’s, and Bloomingdales, and the Uggs in SoHo. I told them to take the yellow train to Canal Street and work their way up Broadway. And then I told them about the designer outlets at Woodbury Common, a speech that ended with me saying “C’est vraiment super!” and one of the women hopping up and down with excitement. I concluded: “Comme new-yorkaise, je vous dit: Bienvenue! I welcome you!” Then I went back to my seat and left them alone, never having made it to the bathroom.

There is nothing I enjoy more than telling unsuspecting French people that they are welcome to New York. Any people, really, but it usually the French I fly alongside, and there is, in my experience, nothing quite as satisfying as watching a planeload of French — a community I have found to be quite conservative, quite buttoned-up, quite resistant to American enthusiasm — press their foreheads to the window as we fly into J.F.K., straining for a look at the skyline. Occasionally I can coax them into conversation, which, as a good New Yorker, serves a sole purpose: to extol the city, the city of migrants and refugees. “En arrivant à New York, on est new-yorkais,” I will try to say, twisting my thought into my limited vocabulary. On arriving in New York, one is a New Yorker. You’re a New Yorker as soon as you walk through the door separating baggage claim from the city.

I believe in being welcomed to New York. I believe in airport reunions. I have an ex-boyfriend who met me once at the airport unexpectedly: “Believe it or not, there are only so many flights a day on Virgin from Kenya to London,” he’d said, when I’d expressed my incredulity at his figuring out which flight I was on with a minimum of details. In three years of relationship, that memory remains my favorite. There is nothing quite like walking off a plane and seeing a face you love.

I think that is why last weekend’s horrible news — of green card holders, legal residents of this country, detained and hassled, instead of welcomed, like all — citizen and resident, guest and visitor, H-1B visa holder and well-vetted refugee — should be.

I do not understand why we cannot collectively distinguish from Angela Merkel’s past acceptance of open borders — which I found frankly terrifying — and our own refugee vetting, which was already extreme, no matter how President Snow might mischaracterize it.

My father flew into America 60 years ago with a mother who truly believed the streets of Philadelphia were paved with gold.

Today, our terror of the other burns a hole into everything this country is. The country remains; we, her citizens, defame and destabilize it.

I flew into New York on Monday. I was the first one through the doors separating baggage claim from the city, so I was the first one to see him: not a parent or a friend or a lover but a young man with glasses and a sign that read “LAWYER.” In these terrible times, it was a lovely face to see.