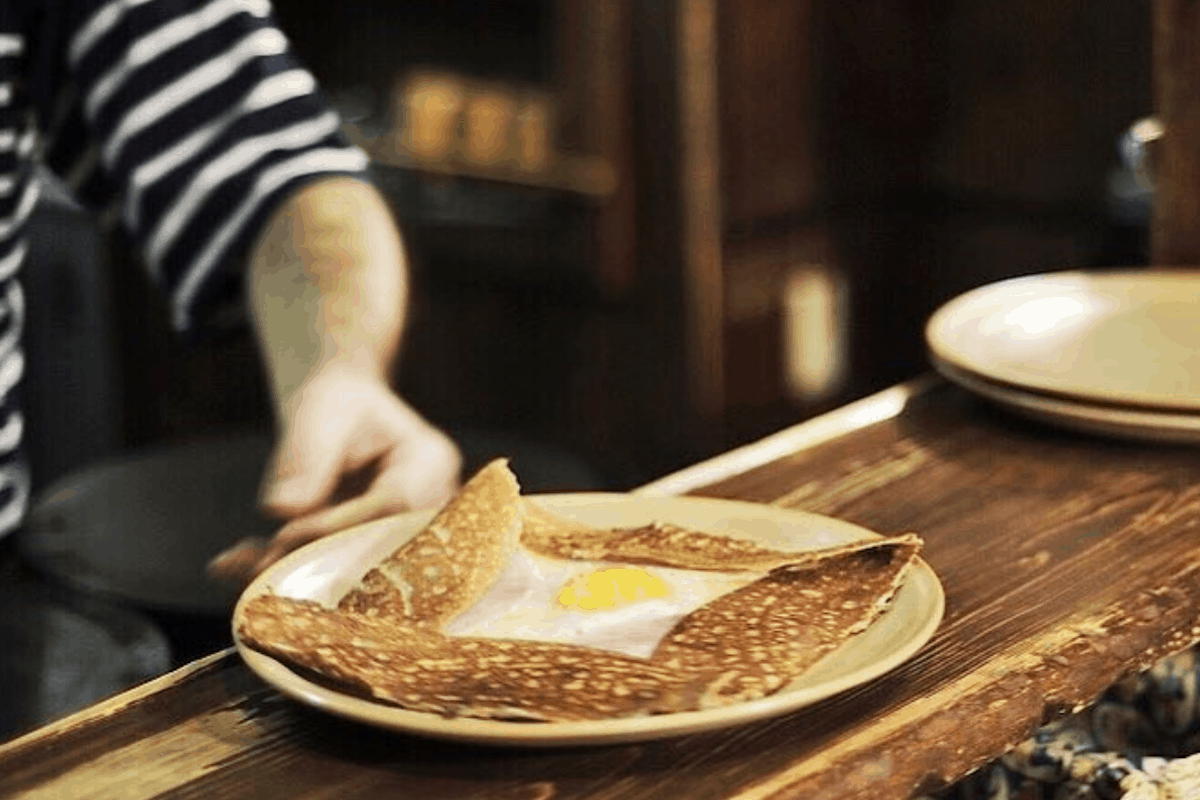 Crepes are basically synonymous with France, but not, in fact, with Paris: They’re famously a product of the Bretagne (Brittany) region, several hundred miles west. In fact, historically there’s  been a cluster of top crepe places near the Gare Montparnasse — because that’s the train station that serves Brittany. The Bretons who came to Paris first arrived at that train station, and then to that neighborhood — and they brought their crepes with them.

Some basic vocab: Dinner crepes — “savory crepes” — are actually galettes, made from buckwheat. If you see a “crepe” prepared with andouillette sausage and egg, it’s probably a galette. The crepes as we think of them — with Nutella and banana, for example — are typically eaten as a dessert. (And as drunk late-night snacks.)

Now, the best crepes in Paris. For me, this list begins and ends with…. 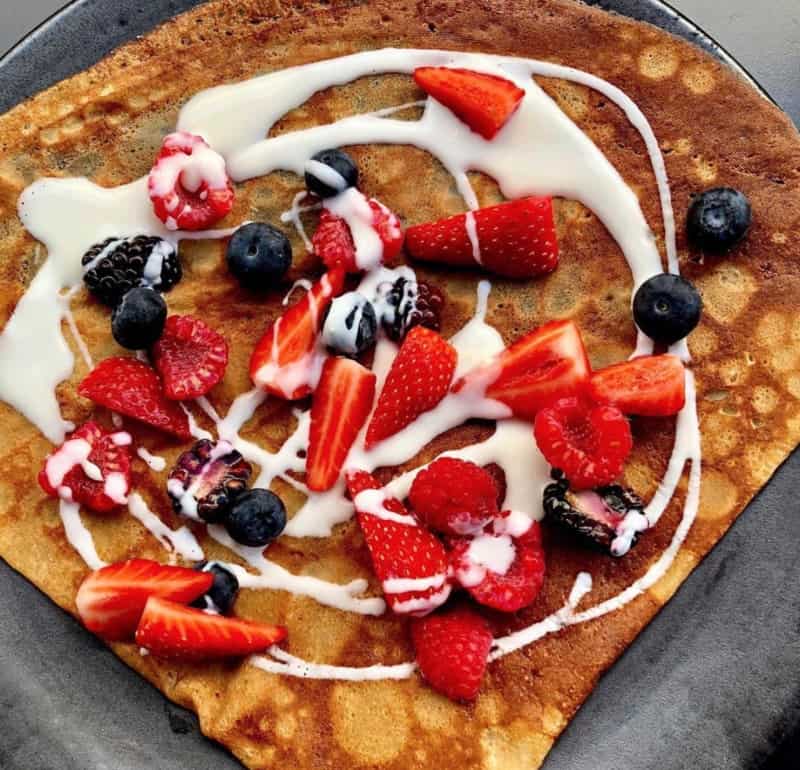 1. Breizh
In brief: This massively oversubscribed crepe place is my favorite in Paris — and in Saint-Malo and Cancale, and probably even in Tokyo. (Breizh is international.) It’s always packed, but you can reserve in advance — and if you forgot, try coming in the off hours. It’s wonderfully service continu, so you can grab a top-rate crepe lunch at 4:30 if jetlag and your appetite permit.
Order: Le Vendangeur, with blue cheese, grapes, and honey
Where: 109 rue Vieille du Temple in the Marais — there’s also a newish one in the 6th, at 1 rue de l’Odéon, and in the 2nd, at 14 rue des Petits Carreux
Note: I had the biggest crush on a waiter who worked here who looked like a non-malignant version of Adam Levine. Also: Don’t forget the cider! It’s a Breton favorite. Also, if you’re exploring the Marais, see my itinerary for a perfect day there — it (of course) involves Breizh.

I love Breizh so much that my true list of the five best crepes in Paris would basically have Breizh on it five times. But there are plenty of other great crepe spots, and these are at the top of my list: 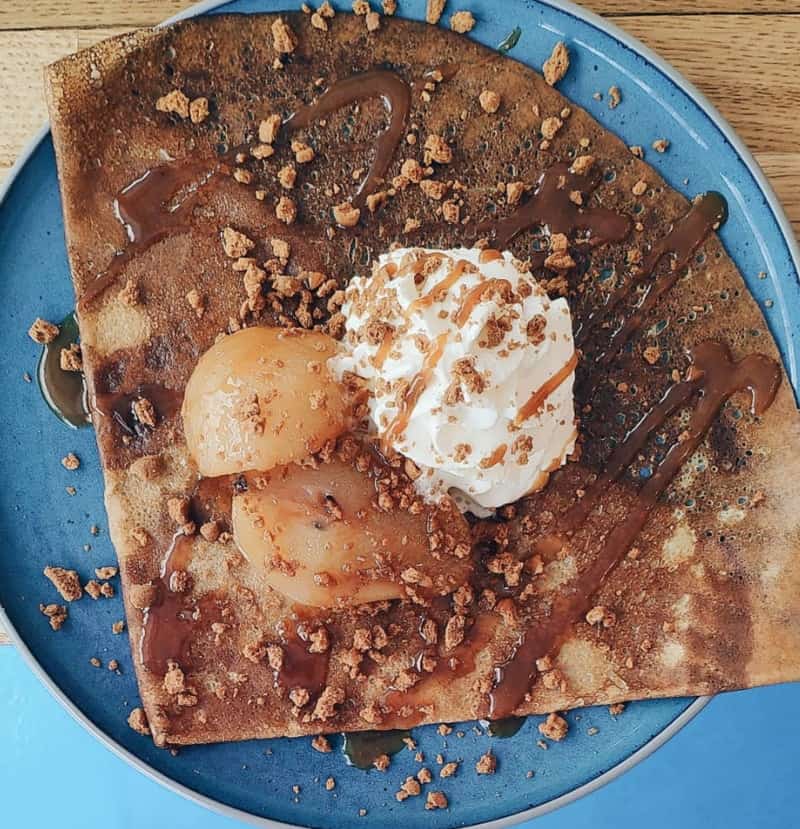 2. Krügen
In brief: Top-quality ingredients from across the country. Specialty of the house: Breton-style rolled galettes … with a sausage inside. (See here.)
Order: Poached pear crepe with speculos, caramel, and whipped cream (see above).
Where: 58 rue de la Fontaine au Roi, 11th arr., and 4 rue du Général Renault, 11th. arr. The second location is open all day long, while the one on Fontaine au Roi closes between lunch and dinner. 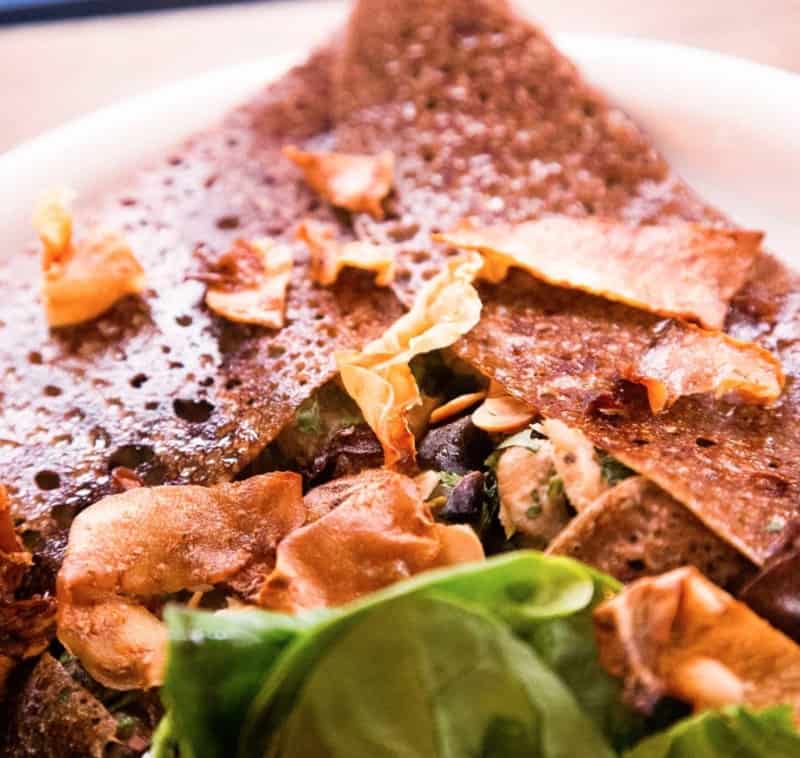 5. Josselin (no website)
In brief: The best option on the storied rue du Montparnasse. There’s always a line out the door, though it tends to move fast, and if you don’t want to wait try coming on the later side, as the crowd thins. This isn’t a groovy place like Krugen, but you will get a tasty galette — if you want a traditional experience without going to Brittany, try here. (But also go to Brittany!! It’s beautiful!!)
Order: A classic, like ham and gruyère
Where: 67 rue du Montparnasse, 14th arr.