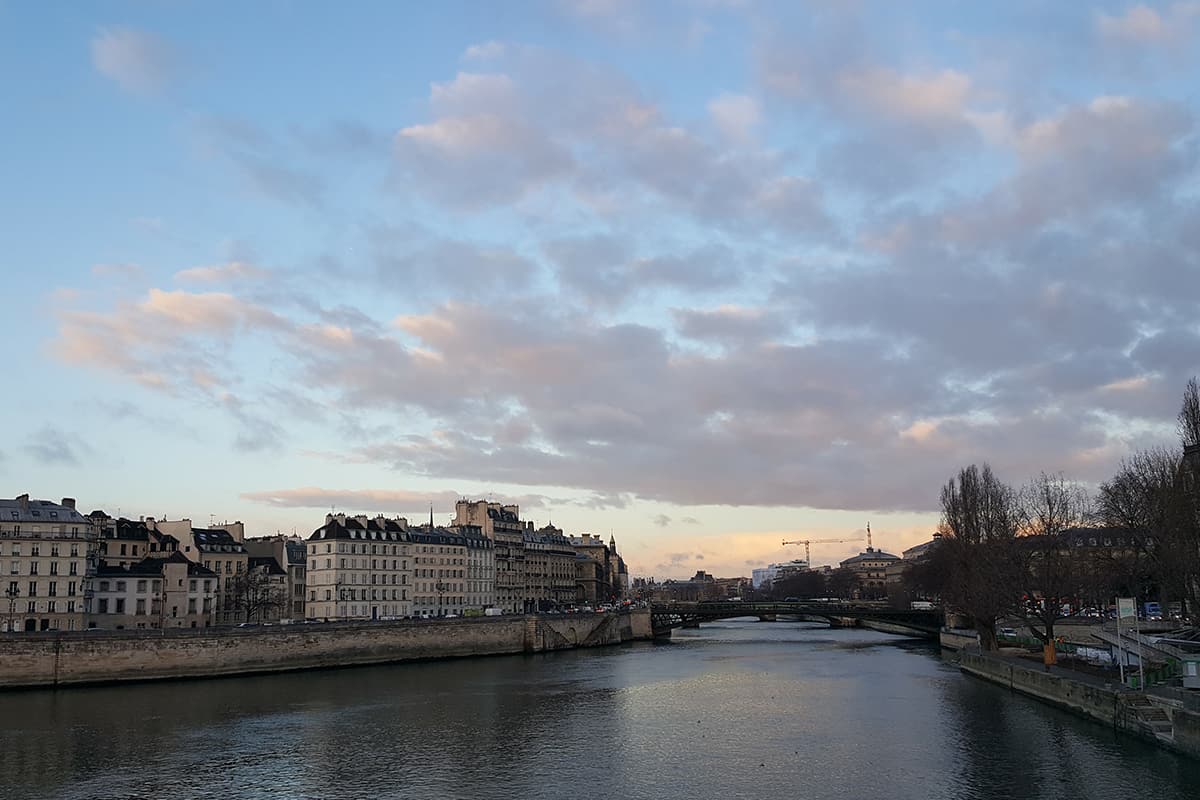 Short answer: Paris is as good as you think it is.

Second short answer: Because there is nowhere better to learn to understand beauty.

The long answer is longer.

When I first came to Paris, I had a writing job that was a dream in that it paid a living wage and that it paid that wage on time. I could also live wherever I liked, as long as I was online between 10 AM and 6 PM Eastern time. I planned to stay in Paris until I perfected my French (allotted time: eight weeks) and then head elsewhere.

Six weeks later, we’d all been fired, I spoke approximately three additional words of French, and I was in love with my Airbnb host. By the time we broke up, a few months later, I was hooked — on Paris.

In Paris, I found a poor laboratory for language learning (everyone speaks English, everyone is in a hurry) but a singular workspace for un moment de calme, if you know what I mean. A 10-to-6 work schedule in New York means 4 to midnight in France. Every workday I would “explore the city,” as one does, until about 3 PM, when I’d head home — inevitably through my favorite place in town, the Jardin des Plantes. And I would notice, every day, that the park was full of loungers and loafers and book-readers, at what should have been the heart of the afternoon working experience: Why weren’t these people in an office? I would walk up to them, trying to figure out if they were speaking French, since the only explanation I could come up with was that they were tourists, visiting from out of town. I had no other explanation for why able-bodied adults would be in a park during work time.

I am a New Yorker. (Pour toujours et à jamais.) And that’s after three years in Paris and four in San Francisco. New Yorkers work. The best friends I made in New York, whom I did not meet at school, I made at work. I loved what I did, I loved the entry it provided into worlds I found fascinating. If left to my own devices, I would work every day, all day. I still get a rush going into Office Depot. New Yorkers love work the way Parisians love love.

Paris — well, people think the French are so lazy, and that’s ridiculous. (We think the French are lazy, because we prefer that to the idea that they have made a considered decision to prioritize other things in their lives — that it is possible to do so, thanks to their stiffly constructed social safety net.) But there’s a reason for the cultural taboo against asking how much you earn or even what you do for a living. I have found that interests here often lie elsewhere: in family, in culture, in food, in the park. And also, notably, in the pursuit of beauty.

Paris is beautiful. Parisians are beautiful. A contrarian friend recently stayed in my apartment for a week, and he said he agreed with exactly one of my advisories: Parisians really were that good looking. Not in the same way that we are — neither blow-dried and SoulCycled perfection nor “Clothing is my vehicle for self expression” expressionism — but in a way I have found both more ecumenical and more restrictive: Anyone can be beautiful, and no one can wear sweatpants. There is a uniform.

This could definitely fall into the category of “Oh wait I thought everyone was a slob like me,” but in New York, I felt that people had multiple modes, primarily on and off: I had no interest, and felt no responsibility, to dress up to go to the grocery store. I mean, honestly, I barely felt a need to dress: I would have gone in my pajamas if I could. Here, walking to the grocery store in Lululemon, no matter how proximate that grocery store is to your home, is a refusal to conform to certain social norms. Those norms, I am sure, must be restrictive … but they also make for a very well-dressed city.

When I am trying to outrage/disgust a Frenchman, I tell him that I like to wear the clothes I slept in to the grocery store.

TBH, I do that all the time. I cannot say that I am trying to do it less. (It’s just the grocery store! Sheesh!) But I am taking notes on the order and economy the people who surround me bring to their physical presentation, because they do it so well: the tailoring, the proportion. And it’s not just clothing: There is beauty everywhere. It is hard won: It may look easy, but that appearance of ease belies the training and instincts and elegant executions that make for that one perfect moment. The ducks are paddling furiously beneath the surface of the water — but those ducks, from here, look wonderful, and have incredible hair and seasonal foods. There is a time for cherries, and a time when one simply does not eat cherries. Ca ne se fait pas. It is a prescriptive culture. If you are being prescribed to, it must be annoying. But for an observer, who is free to appreciate the fruits of their efforts (and who can always go home and play in the mud and wear Lululemon to five-star restaurants and be America free, the best sort of free, at least for the moment): It is fascinating, and a kind of heaven, and why anyone — who loves beauty, excellence, tartes and croissants — should move here.