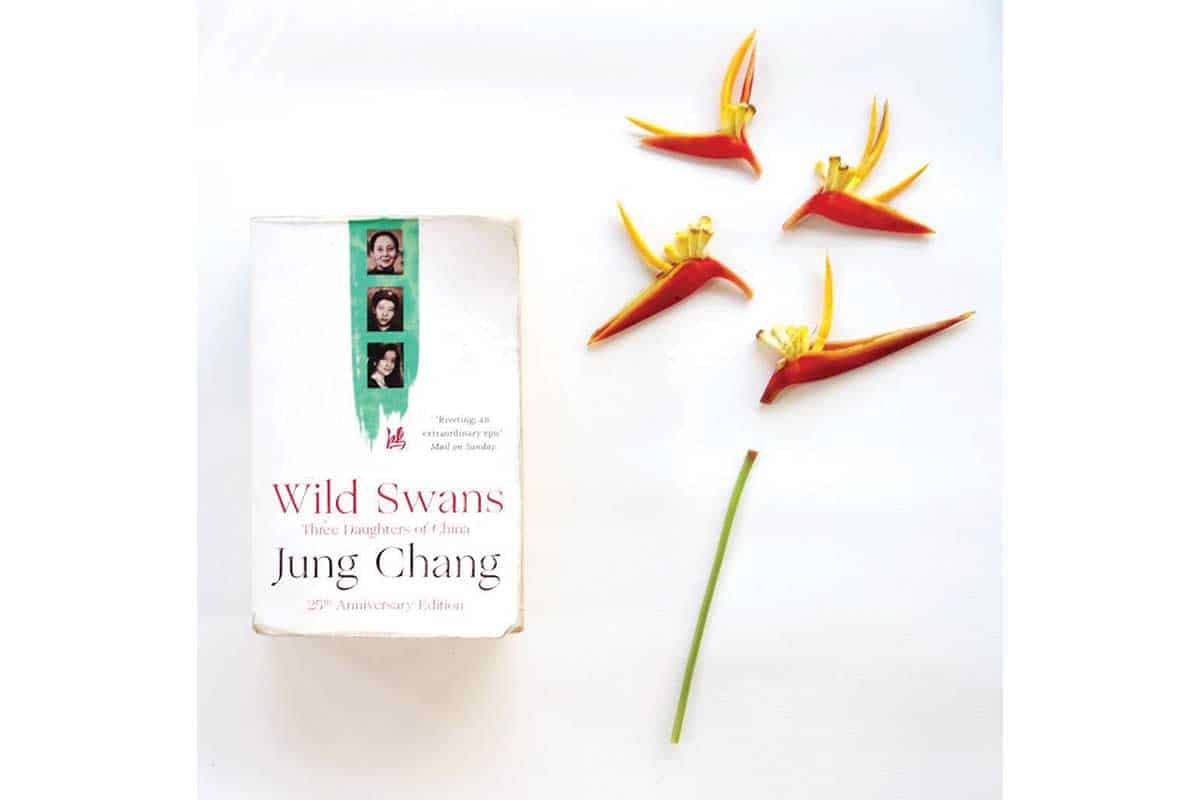 I am reading a book from every country in the world. Wild Swans: Three Daughters of China is my book for China. Buy it here.

IN SHORT: This is the verifiably wild story of three women in China—from a warlord’s concubine born in 1909 to her granddaughter, a product of the Cultural Revolution who became the first Chinese person to receive a doctorate (in linguistics) at a British university.

THE BEST BIT: “The Best Bit” just doesn’t work in this context because the whole thing is terrifying and horrifying and moving and really perhaps exactly what you’d expect from a comprehensive retelling about life from the perspective of three women grappling with literally everything (starvation/privation/repression/everything bad) over nearly 100 years in China.

If you are reading this book from the relative comfort of the United States, U.K., or most of western Europe in the year 2018, in most cases, I would find it difficult to believe that you would not do so with a great bit of relief—for the stability of your government, for life free from terror. What doesn’t happen to this family? Chung’s grandmother survives both the Japanese occupation of Manchuria and the war between two rival factions within China, the Kuomintang and the Communists. Her daughter, the author’s mother, is forced by her husband to endure such intense physical hardship that she miscarries their child. Jung has it easier than they do but in many ways I found her story most difficult, as she details how Mao Zedong’s autocratic government brought so much terror to the country.

Beyond the millions of deaths, the torture, and the cruelty — which is some challenging phrasing but OK — what I found most upsetting was the way that beauty, history, and art were so abused during the Cultural Revolution. Brainwashed teenagers attacked their classmates and teachers — but also relics of Chinese history, monuments and temples, as well as simple examples of everyday beauty: flowers and gardens. Femininity itself, too. Here is one of the few examples of it, lavishly rendered:

My grandmother kept her hair tied up in a neat bun at the back of her head, but she always had flowers there, sometimes a pair of ivory-colored magnolias, and sometimes a white Cape jasmine cupped by two dark-green leaves, which set off her lustrous hair. She never used shampoo from the shops, which she thought would make her hair dull and dry, but would boil the fruit of the Chinese honey locust and use the liquid from that. She would rub the fruit to produce a perfumed lather, and slowly let the mass of black hair drop into the shiny, white, slithery liquid.