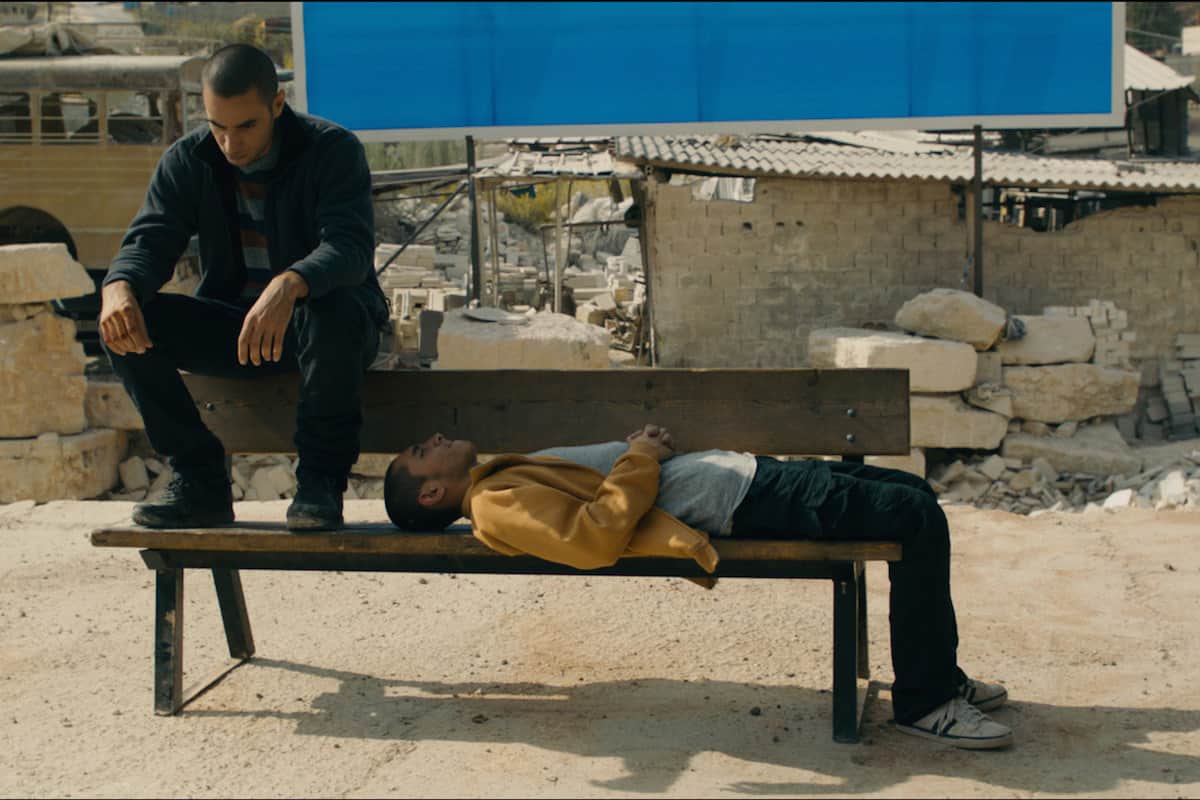 Two things in particular I noticed about Omar, which was Palestine’s nomination for the best foreign language Oscar last year:

1: I’ve never been to Palestine. The closest I’ve come to seeing it in the past is another Palestinian Oscar-nominated film: 5 Broken Cameras. (You may remember this from the Veep joke if you haven’t seen it, but you should see it, and Veep, too.) Threads of the tragedy in that film were Shakespearean in nature—and now, looking back, remind me quite a bit of Leviathan, the Russian film about surviving a corrupt state. Some of that is here in Omar, as well, named for the main character, a baker who pursues militancy as a means to push back against the occupation, but also, chiefly, as a way to ingratiate himself to his secret girlfriend’s brother. If 5 Broken Cameras was a historical tragedy, Omar is a romantic one.

I am grateful to this film for showing me a small bit of life inside Palestine.

2: The Palestine-Israel situation is so charged, and so seemingly intractable, that I was glad and relieved that this film is only marginally political—it deals with themes (of occupation, trust, betrayal) rather than headlines. It is about all occupations, and the corrosive effects of humiliation and degradation. Because of that, it is easier to divorce your ideas about the politics of the situation from the film, and it is easier to root for Omar—to find happiness, peace, and freedom—because he is any of us, who finds himself under the thumb of, and utterly outmatched by, a foreign power.

I am not sure I bought the final moment—watch it and judge for yourself—but I felt the director, Hany Abu-Assad, did all he could to get us there, and I admired his insistence on engaging with us as art, rather than a document of protest. Both are powerful in their own way, but art, I think, moves us in a way that nothing else can, and remains the higher goal.